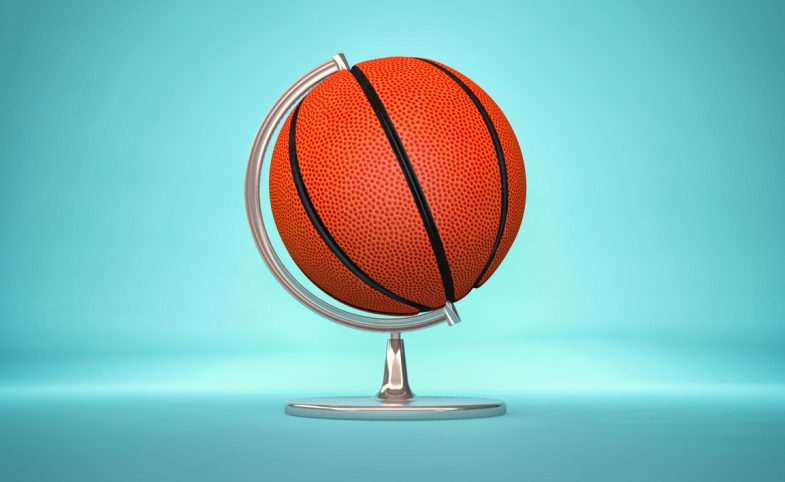 The return of competition in several professional athletic leagues is welcome news for parched sporting fans after a long hiatus brought on by the COVID-19 pandemic.

It’s also a potentially good news story for global sport diplomacy. As Baker and Baker (2016) note in the edited collection, Critical Issues in Global Sport Management, international sport at various levels serves as a vehicle for international peacemaking and intercultural exchange. And while the intersection of sport and diplomacy is often thought of in terms of directed government programming or formalized events such as the Olympics, there is an important though less formal role for professional, national-level ventures as well.

The restart of the National Basketball Association season offers a unique lens into this global dimension of sport. Even as media pundits debate the merits of the NBA’s growing relationship with China amid political tensions between Beijing and Washington, an overlooked story is the ongoing internationalization of the NBA’s player rosters. In short, athletes from dozens of countries globally have now found their way to the world’s premier basketball league, thus adding to the sport’s international appeal. This is a testament to decades of investment abroad by the U.S.-based league but also because of some captivating team dynasties and the appeal of their superstar athletes.

As Obama noted in The Last Dance, Michal Jordan and the Chicago Bulls were not just ambassadors for their sport; they were representing the United States.

The Chicago Bulls provide a case in point. ESPN’s recently concluded The Last Dance, a 10-episode docuseries about the 1997-98 edition of the Bulls' basketball dynasty, proved to be a smashing sports entertainment success in terms of television ratings and critical acclaim. American and international audiences devoured the program over the course of five weeks as it captured the glorious basketball action on the court, and the dramatic team politics off of it.

It also enshrined the legacy of Michael Jordan, the sport’s greatest all-time player, and a dynamic supporting cast that included teammates Scotty Pippen, Dennis Rodman, Steve Kerr and coach Phil Jackson. With their six championships over the course of eight years, the Bulls were iconic and represented a special era for the NBA during the 1990s.

Yet even as the slam dunks, jump shots and rebounds took center stage in the series’ climactic tenth and final episode, it was the documentary’s interview with former U.S. President Barack Obama that left for viewers perhaps the most important takeaway about that championship team: the Bulls were a massive cultural force both in the U.S. and around the world.

It makes perfect sense that Obama, a longtime Chicago resident and major fan of its sports teams, could contextualize the Bulls’ big-picture legacy for audiences quarantined at home. In referring to Jordan’s influence, Obama noted, “There are great players who don’t have an impact beyond their sports; and there are certain sports figures who become a larger cultural force.”

That’s a critical point. Those 1990s Chicago teams helped transform the sport, but they also shifted the NBA’s business model as the league’s popularity exploded within the United States but also globally. As the NBA’s flagship team, the 1990s Bulls became a conduit of soft power and a catalyst for the global expansion of basketball. It was an era during which the NBA, led by its visionary commissioner David Stern, opened offices in Hong Kong, Japan and Taiwan; expanded the league into the Canadian markets of Toronto and Vancouver; and held numerous international contests in Europe, Asia and the Americas. The Last Dance features one of these overseas exhibitions featuring the Bulls in Paris during 1997, along with Michael Jordan’s most famous trip to Europe for the 1992 Summer Olympics in Barcelona as part of the U.S. “Dream Team.”

As Obama noted in The Last Dance, Michal Jordan and the Chicago Bulls were not just ambassadors for their sport; they were representing the United States. The president’s assertion that the team “changed the culture” also speaks to a political economy in which sports entertainment drove a new form of globalized consumerism. Nike’s Air Jordan athletic shoes were emblematic of the country’s economic expansion over two decades, but they were also a symbol of American cultural export and taste-making. Michael Jordan’s namesake sneakers were a symbolic part of a larger economic transformation that reconfigured relations between the United States and the world.

It wasn’t just global capitalism that provided a medium for this sporting ambassadorship. Jordan’s teammate Dennis Rodman, the larger-than-life power forward who parlayed defensive prowess into a larger-than-life celebrity beyond the game, cultivated his own variation of sports diplomacy in retirement when he befriended North Korean leader Kim Jong Un and made several trips to the country.

Rodman’s trips were criticized by some in politics and the media, but there is no doubt that he brought mainstream attention to otherwise frigid U.S-North Korea relations. The Guardian in 2017 went so far as to contemplate the role of Rodman as “preventing armageddon” because of his friendships with both Kim and U.S. President Donald Trump. It’s not a stretch to connect Trump’s relatively unorthodox approach to North Korea relations of recent memory with the precedent set by Rodman, at least in terms of harnessing media exposure and defying institutional conventions.

There is at least one other less controversial sports diplomacy legacy left by those Chicago Bulls teams that is worth mentioning. Young people across the world who grew up watching Michael Jordan and other NBA greats from the 1990s took up basketball in their home countries like never before. The Bulls helped the sport’s popularity soar across Asia, Europe, and Africa, and to this day it thrives internationally.

In turn, a new wave of players from abroad have found their way to North America to represent their nations and further internationalize the NBA. Last fall, the league counted 108 international players from 38 countries on opening-night rosters (NBA, 2019). President Obama, being the internationalist he was and still is, would surely approve. His insights during The Last Dance reminded us one more time that greatness can be measured by championship rings but also by positive global impact.

During the memorial service for former South African president Nelson Mandela, as tens of thousands gathered in the FNB stadium in Johannesburg and millions more watched on television, an entirely different story emerged:...