Home|Mediating Gastrodiplomacy: The Symbolic Role of Sushi in Japan-U.S. Relations 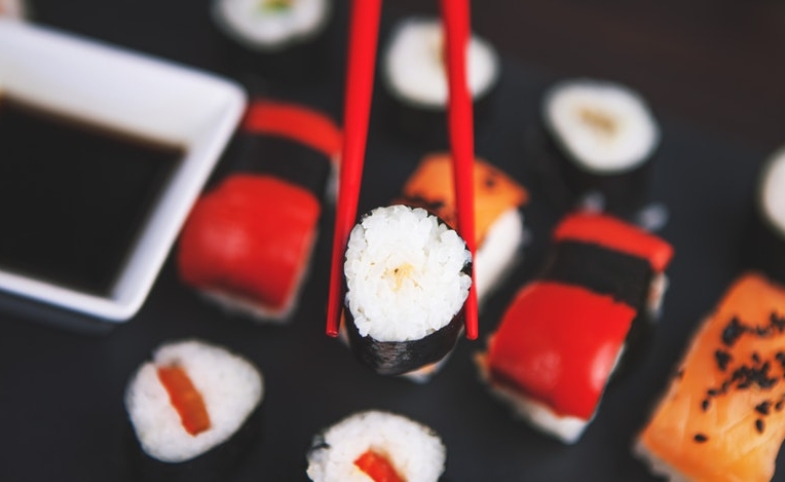 The confluence of food and international diplomacy, buoyed by the growth of global culinary tourism and the increasing popularization of ethnic and national cuisines, represents a growing site of study within public diplomacy.

Readers of this blog already know that the role of food in public diplomacy—known as gastrodiplomacy—plays a significant role in helping countries to acquire soft power on the international stage. The gastrodiplomacy efforts of India, China, Malaysia, Taiwan and other nations have been well documented here, and for good reason: appreciation for national cuisines, as a form of cultural alignment, can bolster interest and influence policy related to investment, tourism, immigration and international relations.

The U.S. is no exception here, with culinary diplomacy efforts going back many years. For example, former U.S. Secretary of State Hillary Clinton launched the Diplomatic Culinary Partnership program for the White House in 2012, promising visiting dignitaries both healthier meals and a vision of enhanced diplomatic relations.

The longstanding Japan-U.S. alliance presents an especially compelling case in point for investigation, in great part because the stakes of national security and global trade are so high. The current U.S. president’s five-country swing through Asia this past November is yet another reminder that both public and media interest in the U.S.’s role as a power broker in Asia-Pacific affairs remains great. And this is true for most U.S. leaders in recent decades.

My research, published in the journal Place Branding and Public Diplomacy, examined the case of the so-called “Sushi Summit” (as dubbed by international media) between U.S. President Barack Obama and Japanese Prime Minister Shinzo Abe. Arguably a highwater mark for gastrodiplomacy between the two countries, the 2014 meeting highlighted the outsized role of national cuisine, concurrent with the meal at which it is served, as a key facilitator of cultural congruency between nations and subsequent frames in the media.

The Japan-U.S. alliance has historically been marked by some publicized meals between heads of state. Former president George W. Bush, for example, forged a close relationship with Japan’s former Prime Minister Junichiro Koizumi via food. In Tokyo, the twosome dined famously at the celebrated izakaya (informal Japanese gastropub) Gonpachi; in the U.S., they snacked on all-American cheeseburgers and Kobe beef. It wasn’t long before the relationship between the two leaders—also marked by an affinity for Elvis Presley’s music—stood for increasingly close relations between the two countries. The Japan Times called theirs a “friendship for the ages,” while Newsweek chimed in with the hopeful, if slightly pejorative, “BFF” (best friends forever).

The symbolism of the meal projected a narrative about the broader relationship.

However, culinary diplomacy efforts haven’t always been so successful between the countries’ respective leaders. During a 1992 banquet hosted by Kiichi Miyazawa, George H.W. Bush famously vomited on his counterpart before fainting. The incident even invoked a new word in Japan to describe such gastrointestinal woes—bushusuru or “to do a Bush.” Though media coverage was largely sympathetic to the U.S. president, the incident became a defining moment of Bush’s visit for audiences on both sides of the Pacific.

All of this helps to contextualize what was at stake at the diplomatic meal during Barack Obama’s 2014 visit to Japan. The U.S. president and Japanese P.M. Shinzo Abe dined at one of the nation’s most famous sushi restaurants, Sukiyabashi Jiro. If you have watched the popular documentary Jiro Dreams of Sushi, you are already familiar with the restaurant and its celebrated owner, sushi chef Jiro Ono. Ono’s perfectionist tendencies serve as both a lens into the country’s gastro culture but also function as a metaphor for Japan’s embedded artisanal traditions in society and business. In other words, Ono’s culinary production serves as both communication and cultural meaning.

For policy wonks, this might seem like an unnecessary distraction. But, as gourmet dining, healthy eating and the influence of celebrity chefs become embedded into popular culture globally, it is impossible to ignore the symbolic power of food—particularly in the tradition of politics and diplomacy. As communication scholar Carlnita Greene explains in her 2013 book Gourmands & Gluttons: The Rhetoric of Food Excess, the contemporary “food craze” reflected in books, television programs and social media has prompted individuals to also consider the political and social implications of the dishes they consume.

So how did the so-called “Sushi Summit” impact perceptions of Japan-U.S. public diplomacy? Through a review of articles emerging from national publications, including The New York Times, The Washington Post, Los Angeles Times, and The Christian Science Monitor, specific media frames emerged that used this meal between the two leaders as a springboard for dialogue about Japan-U.S. trade and regional security issues. They included the building of trust arising from the meal amid complex regional geopolitics, and the symbolism of Obama’s stated foreign policy pivot toward Asia.

The informality of the occasion, marked by the low-key setting of the restaurant along with relatively casual attire of the leaders, also served as an indicator of national friendship. Thus, the symbolism of the meal projected a narrative about the broader relationship. Author Margaret Visser provides some insight here. Her 1991 book The Rituals of Dinner demonstrates how mealtime protocols are contemplated as a form of mitigating notions of apartness or closeness: informal manners reduce social distance and differentiation. The fact that the leaders were on a first-name basis and dined casually at the sushi bar ultimately mattered in the moment and for subsequent mediation.

As for the sushi itself? Its inclusion provided opportunities for media coverage to compare the leaders' respective countries and to reflect upon the leaders’ personalities and policy aspirations. And Obama's post-meal comment to waiting journalists—"that's some good sushi right there"—spoke arguably as much to the Japan-U.S. relationship as it did to the meal itself.