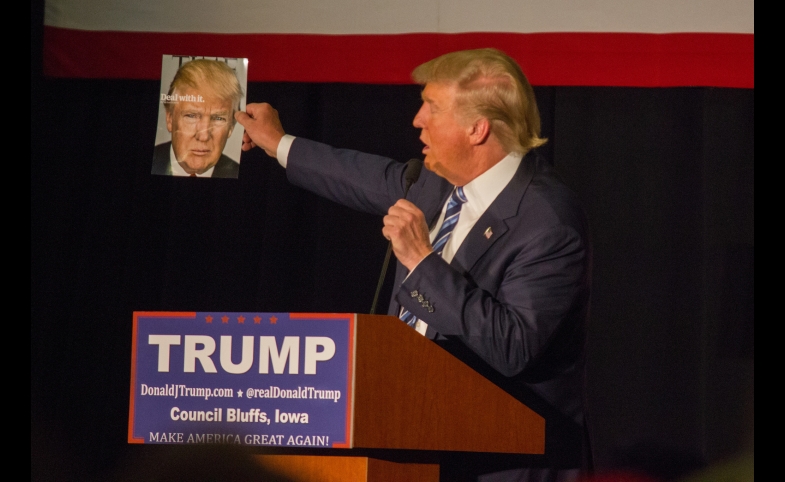 Some Americans are wondering how we’ll be able to explain Donald Trump to the rest of the world, but they needn’t worry. Trump will be an all-too-familiar character in many countries because they already have their own version of him.

Brash populist? Defiant advocate of closing borders and building fences? There are politicians like that all over Europe. Some are already in power, while others, like Trump, are trying to be—and attracting growing crowds of supporters in the process.

The prime ministers of Hungary and Poland, and the president of the Czech Republic, for example, are all outspoken nationalists who have been cheered domestically—and jeered abroad—for their politically incorrect views on immigration and cultural assimilation, and their ardent defense of their national sovereignty from what they see as over-reaching by international institutions such as the EU.

Donald Trump’s call for a wall along the Mexican border and a temporary ban on Muslim immigrants wouldn’t raise an eyebrow in this crowd. Hungarian Prime Minister Viktor Orban has already erected fences along Hungary’s borders with Serbia, Croatia, and Slovenia to keep migrants out, and he recently threatened to build one along the border with Romania too. He dismisses criticism from abroad as “dishonest.”

In Prague, President Milos Zeman has been equally undaunted by foreign criticism of his description of Muslim migrants as an “organized invasion” which would be “practically impossible” to integrate into Czech society. Zeman (who, like Trump, has used obscenities in public) has made so many controversial remarks that the Senate recently asked him to tone it down, but his spokesman’s response was Trumpian: “The president will not allow a muzzle to be put over his mouth.”

And in Poland, former prime minister and current leader of the ruling Law and Justice Party Jaroslaw Kaczynski opposes EU-mandated migrant quotas and has refused to back down from a series of controversial changes in police powers and judicial review that have provoked criticism from the EU as well as Washington. “No one,” he declared, “should have any illusions that we will bend or make any concessions.”

Where have we heard that before?

Not all the nativist sentiment is coming from the right. Slovakia’s leftist Prime Minister Robert Fico, who promised “We'll never bring even a single Muslim to Slovakia” and changed his ruling party’s slogan to “We will protect Slovakia," still lost parliamentary seats last weekend to a far right anti-Muslim party. As one Czech politician observed: “Populism is not a key to government, but it rather opens the door for even more populist and extremist political entities."

Five years ago, the so-called Arab Spring began spreading through countries in the Middle East and North Africa whose populations were fed up with years of economic hardship and governments that were out of touch with the people. Now those same conditions—aggravated by a flood of migrants, competition for jobs, and threats of terrorism—are triggering political unrest in the West.

Trump-like political figures can also be found in Western Europe. Matteo Salvini’s anti-Muslim, anti-immigrant Northern League has become an increasingly influential national party in Italy, while in France, after far right National Front leader Marine Le Pen called for an end to even legal immigration, her party won more than 28% of the votes in the first round of regional elections. The surge was so unexpected that frantic opposition parties (including the governing Socialists) had to band together to keep them from gaining any seats in a second round. But Le Pen’s reaction sounded just like—you guessed it—Le Donald: “Nothing will be able to stop us.”

In Germany, where Chancellor Angela Merkel’s popularity has plunged to a five-year low due to her welcoming immigration policy, nearly 90% of Germans now favor reducing benefits to immigrants who resist assimilation. Such opinion shifts have helped Germany’s homegrown anti-Muslim group PEGIDA (Patriotic Europeans Against the Islamization of the West) attract followers in a half dozen European countries.

Even Austria, pressured by rising unemployment, the continuing surge of migrants, and the rising influence of the anti-immigrant Freedom Party, has broken from its traditional ally Germany and joined the call for migrant quotas and border restrictions.

Farther north, Scandinavia has historically been seen as liberal-minded and welcoming to immigrants, but not anymore. Opposition to Muslim migration from even centrist parties is growing in Sweden and Norway, while in Denmark, where even liberal politicians have branded multiculturalism a failure, the anti-immigrant Danish Peoples Party is now the second-largest political party in the country.

So Donald Trump’s iconoclastic views and his in-your-face style are not only far from unique; they may simply be an American version of the fears and anger that are currently sweeping through Europe. And what sparked those? Consider this:

Five years ago, the so-called Arab Spring began spreading through countries in the Middle East and North Africa whose populations were fed up with years of economic hardship and governments that were out of touch with the people. Now those same conditions—aggravated by a flood of migrants, competition for jobs, and threats of terrorism—are triggering political unrest in the West.

The Arab Spring uprisings aren’t over yet, but they have not gone well. Bad rulers have been replaced, in many cases, by worse ones. The problem now, for us, is that our Western Winter doesn’t look any more promising.

Photo by Matt Johnson I CC 2.0

Nationalism & Populism on the Global Stage

When Pakistani Prime Minister Imran Khan met last week on July 22, 2019 with President Donald Trump at the White House, their encounter highlighted how nationalists and populists are ascendant on the global stage, with tens...