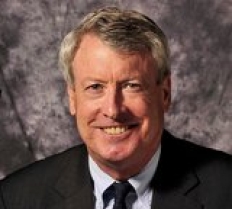 During his early career as a journalist, he worked at The Chicago Daily News, then spent 23 years as a correspondent and bureau chief for Time Magazine covering a wide range of stories in the U.S. and abroad. While at Time, Jackson served as Midwest Correspondent in Chicago, Justice Department and Supreme Court Correspondent in Washington, Houston Bureau Chief, Middle East Correspondent (Cairo), Seoul Bureau Chief, Hong Kong Correspondent, San Francisco Bureau Chief, and Senior Correspondent (Los Angeles). Since his first assignment as a foreign correspondent covering the 1978-1979 revolution in Iran (including an interview in France with Ayatollah Khomeini), he has reported from dozens of countries around the world. Later, as Time's chief technology correspondent, he led the magazine’s coverage of the Internet and the development of digital communications and commerce.

In September, 2001, following the terrorist attacks on the U.S., Jackson began a career in public service, working out of the Pentagon to create and run a new website for the Defense Department to provide the public with news and information about the war against terrorism.

In 2002, Jackson was appointed as the 26th Director of the Voice of America, which provides objective news and information on television, radio, and the Internet in 44 languages to audiences around the world. Under his leadership, VOA’s global audience grew by one-third, to nearly 120 million people, as Jackson significantly expanded VOA’s television programming and enhanced its online outreach. He also introduced VOA’s first new brand logo in two decades, launched a popular studio tour for visitors, and supervised a redesign of VOA’s website that doubled its traffic and made it one of Google’s top 10 Internet destinations for international news.

In 2008, Jackson went to the State Department as a Senior Advisor for Communications/Public Affairs Specialist in the Bureau of European & Eurasian Affairs. In 2009, he was selected as the Director of Defense Media Activity, the Defense Department agency responsible for providing news, information, and entertainment on radio, television, and the Internet to a worldwide audience that includes Active, Guard, and Reserve service members, civilian DoD employees, contractors, retirees, and their families. DMA’s products include such well-known brands as The Pentagon Channel, American Forces Network (AFN), The Stars & Stripes newspaper, and Defense.gov, the Pentagon’s main Web portal.

An honors graduate of the University of California at Berkeley, Jackson is a member of the Washington Institute of Foreign Affairs and the Public Diplomacy Council.