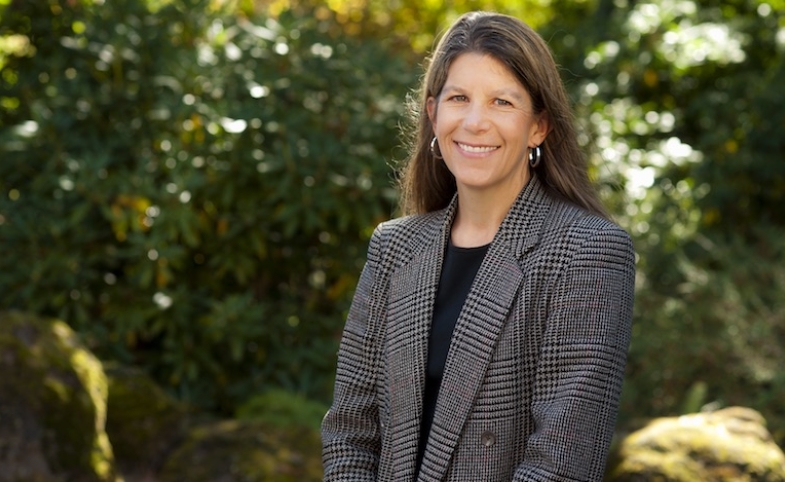 Jennifer Hubbert is Associate Professor of Anthropology and Asian studies and chair of the Department of Sociology and Anthropology at Lewis & Clark College in Portland, Oregon. She is a CPD Research Fellow for the 2018-2020 term and is engaged in a project titled, "Rescaling Public Diplomacy: City-to-City Engagements and the Shifting Landscapes of International Relations." Hubbert's latest book, China in the World: An Anthropology of Confucius Institutes, Soft Power, and Globalization, is an ethnographic study of Confucius Institutes that studies policy intention, implementation, and reception and examines the language programs as new forms of globalization and modernity. CPD caught up with her to discuss the anthropology behind Confucius Institutes and soft power.

The Confucius Institutes (CI) have received much attention in popular press and policy circles. How does your book inform the debate about CI and the implications for China’s soft power?

As a scholar of soft power, I am frequently asked about the potential threat that China’s soft power efforts pose to U.S. well-being and whether schools in the U.S. should host the Chinese language programs. These questions tend to reflect a common public and political concern with determining whether the CI program is either “good” or “bad,” whether it represents a benign cultural exchange program or an insidious threat to freedom. This binary question assumes that power remains at the geopolitical level of the state and operates through zero-sum logic. It associates global interest in Chinese—as evidenced by students enrolling in Chinese language classes at CIs—as necessarily marking a shift in power from the United States to China.

Rather than asking whether CIs are good or bad, successful or failed, I explore how power works in practice—specifically considering how policy does not necessarily lead to desired outcomes—and through interpreting the practices of policy within broader debates over questions of globalization and modernity. This involves several analytical shifts: First rather than assuming that what is taught in CIs amounts to propaganda, China in the World asks what kind of culture is promoted in the classrooms and analyzes what that indicates for the production of power. Second, it means looking at policy not as a coherent whole but as an assemblage of intentions and actors, each of which has different agendas and practices which in turn have different implications for the production of power.

The book ultimately argues that the debates and controversies over the programs say as much about U.S. ideological preconceptions of the changing global order—what “should” count for a superpower in the 21st century—as they do about the empirical nature of the Confucius Institute programs themselves.

Your ethnography of CI dives deep into the day-to-day classroom experiences of CI teachers and students. How does an anthropologist see soft power policies in action? What is the value of an anthropological viewpoint for public diplomacy?

Although anthropology rarely employs the term “soft power,” anthropologists understand how power works through the integration of norms and common sense that constitute the practices, images, institutions and relationships that are soft power. I have an M.A. in International Policy Studies in addition to a Ph.D. in Anthropology and one of my goals in this book has been to engage the world of international relations policy scholarship with an anthropological perspective by asking how different actors might claim culture as a means of promoting their own power (U.S. students for individual mobility; U.S. institutions for systemic resources; the Chinese government for global image production).

Soft power is notoriously difficult to measure. While the analysis of policy documents speaks to intentions, and opinion polls try to get at results, neither tells us much about how policies are implemented and received, or how policy actually works. Thinking about policy anthropologically involves moving the study of soft power into the spaces of its target audiences, and pushing ourselves to think more critically about the nature of the “attraction” assumed to inhere in soft power endeavors. Where soft power scholars usually take for granted the “culture” that is being promoted (and assumed to be attractive) in soft power endeavors, as anthropologists we interrogate it. What is the culture that is being promoted? What is supposed to make that culture appealing? How do people actually experience and interpret those policy moves?

China in the World thus thinks through the effects of culture (in both China and the U.S.) on power, through an embedded, “peopled” focus on how policy implementations and effects are a complicated amalgamation of conflicting interests and subjectivities that rarely follow a smooth or linear trajectory between intention and application. While policy provides an excellent lens for studying the operations of state power, looking at it anthropologically helps us to realize that the “power” of policy is neither a zero-sum game, nor inevitably efficacious. This in turn helps us to denaturalize the nature of the state and to understand how the collusions and conflicts between China and the United States are linked to the manner in which policy is implemented and consumed, not just how it is envisioned.

You write that your book aims to explore “not only how power is imagined, but also how it is produced, mediated and challenged through policy engagement.” After studying CIs so closely, what did you glean about the kind of power they create and exercise?

This question was really a fascinating one to address. The CI classroom is a space where diverse categories of actors—nation-states, policymakers, teachers, administrators, students and parents—come together and negotiate new meanings concerning “China” and “Chinese culture/language” as forms of soft power. Each of these categories embodies different cultural norms and institutional imperatives, as well as distinctive knowledge sets about China and different ways of adjudicating knowledge claims. And the meanings of all these are asserted, impugned and altered in the classroom. No one constituency controls these meanings, although each attempt to exercise control over them.

In this case, soft power policies are an expression of historical and institutional legacies, centrally coordinated by state policymakers. Yet at the same time, their implementation and reception are forever negotiated by those they are designed to address. Ultimately what this tells us about China’s attempts to produce soft power through the Confucius Institutes is that yes, they do produce power, but not necessarily or always for China. On the one hand, the more the CI teachers engage on a personal level with students, the more students see China as mirroring U.S. values and practices, and as a result of its seeming affinity with the West, as less threatening. On the other hand, students use Chinese language studies to shape and augment their own individual futures and the more CI materials laud contemporary China and ignore the nation’s more globally controversial practices, the more students and parents find their negative impressions of China confirmed.

There were several surprising moments in this project. The first concerned the dearth of research on the subject. While there was a broad and rapidly growing academic literature and equally broad and growing public commentary on Confucius Institutes, almost none of it was based in on-the-ground research within the Institutes themselves. Some of it, at the time I began the project, involved interviews with Hanban (the parent organization of the CIs) administrators, but none of it derived from experiences within the Institutes themselves. Although the Institutes were less than a decade old, they were already the subject of great controversy despite minimal empirical research on the subject. A second surprise concerned the vehemence of the opinions on the CIs and the subsequent manner in which my own research landed right in the middle.

For example, following a talk at USC, I was accused of “hating China” for revealing the sometimes vast chasm between the soft power policy goals of the Confucius Institutes and their unintended and sometimes paradoxical effects. At the same time, others praised the talk for offering balanced representations and refusing normative judgments. Some scholars expressed great frustration with my critiques of the programs, accusing me of ignoring the financial situation of the U.S. public school system that drives educational institutions to seek outside funding, while others invoked my examples of classroom practices as “proof” of the CIs’ malignant nature. I was even been called a “dolt” by an anti-communist, anti-Confucius Institute scholar who seemed to suggest that researching the Confucius Institutes was the equivalent of advocating for the politics of the Chinese Communist Party, but who was then himself taken to task by an equally fervent critic of the Confucius Institutes for misreading my research. Ironically, members of both sides of the debate have cited my findings, sometimes even offering the same “evidence” from my research to support their respective points.

What fascinates you about researching China in this era of globalization?

I’ve been living in and researching China since the late 1980s and I would have to say that there are probably two aspects of this experience that have sustained my fascination. One of them has to do with the rapidity and nature of the changes that have taken place in China itself. As a scholar this makes research both exhilarating and slippery because objects of analysis are liable to change quickly but also offer the kinds of complexities that more static subjects rarely afford.

Another fascinating aspect of this research, not unrelated to the temporal context and that my recent book addresses, is the constantly fluctuating manner in which China is understood outside its domestic borders. Having taught about Chinese politics and culture for twenty years, I am continually reminded that the kinds of interest in and questions about China that arise in the context of the classroom are borne of specific socio-political and educational contexts outside of the classroom and intimately linked to the changing nature of the policies and practices within China itself.