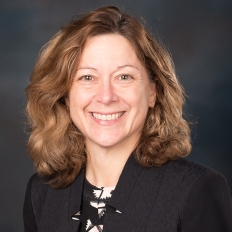 Vivian S. Walker is the Executive Director of the United States Advisory Commission on Public Diplomacy at the Department of State. She has served as Faculty Fellow at the USC Center on Public Diplomacy (CPD), Guest Editor for the CPD Perspectives series, an Adjunct Professor at the Central European University’s (CEU) School of Public Policy and a Research Fellow at the CEU Center for Media, Data and Society. She has also been a Professor of National Security Strategy at the National War College in Washington, D.C., and the National Defense College of the United Arab Emirates.

In her 26-year career with the State Department, she rose to the senior rank of Minister Counselor. She twice served as a Deputy Chief of Mission (Croatia and Armenia), twice as an Office Director (Southeastern European Affairs and the Office of Press and Public Diplomacy for Europe), a Public Affairs Officer (Kazakhstan, with coverage of Tajikistan and Turkmenistan), a Cultural Affairs officer (Tunisia) and an Information Officer (Haiti). Other assignments include a two-year professorship in strategic studies at the National War College, a yearlong assignment as the State Department’s Regional Border Coordinator in Afghanistan, and a fellowship on the U.S. Atlantic Council, where she led the first interagency discussion on public diplomacy in the aftermath of the 9/11 terror attacks.

Dr. Walker has published and lectured extensively on the practice of public diplomacy in complex information environments, and she served as the Guest Editor for CPD Perspectives. She graduated from Georgetown University’s School of Foreign Service and earned her doctorate in English language and literature from the University of Chicago. She speaks French, Russian and Croatian.

Pylos to Pyongyang: Contemporary Diplomacy from a Historical Perspective, September 26, 2017.