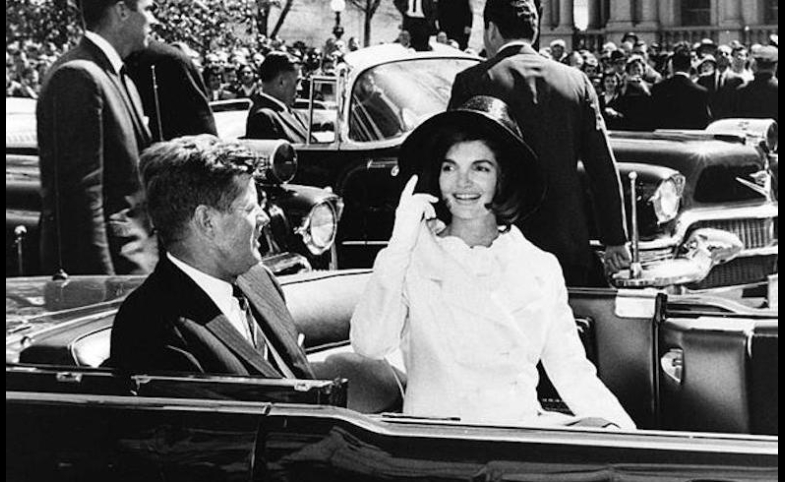 Today, November 22, 2016, marks the 53rd anniversary of John F. Kennedy’s assassination. His legacy of American exceptionalism lives on, much in part due to the words of his widow, Jacqueline Kennedy, who made it her mission to keep her husband’s memory stamped firmly in the minds of Americans and global citizens for years to come.

One week after the assassination of her husband, Jackie went on record to ensure her husband’s legacy remained intact by exclaiming that his presidency reflected one of his favorite songs and the lyric that follows, “Don’t let it be forgot, that once there was a spot, for one brief shining moment, that was known as Camelot.” Then, as if to bring the idea home, she stated, “There will be great presidents again, but there will never be another Camelot.”

Jackie’s insistent push of this theme exemplifies her keen understanding of public diplomacy, and the importance of maintaining a favorable public image in the eyes of world. "There will never be another Camelot." She knew what must be done to keep John F. Kennedy’s memory alive. She must glorify his work, and so she did. But, what she didn’t realize was that her own great legacy was one to be remembered too.

Jackie's interest in the public opinion and legacy building of the Kennedy Administration didn’t begin only after JFK’s assassination; she was actually a champion public diplomat during her time as first lady, using global public opinion in her favor as she won the hearts of people everywhere. She frequently traveled around the world meeting with various government officials and members of the female press corps professing the image of American idealism. This successful use of soft power set a dynamic for future first ladies to come.

During her tenure, Jackie traveled to various countries, and through her comprehensive knowledge of the arts, literature, history, and of course, fashion, Jackie Kennedy was a public diplomat the likes of which America had never seen.

While Eleanor Roosevelt made her mark as the first First Lady to travel alone to various countries, Jackie Kennedy made a name for herself as a “goodwill ambassador” during some of her most significant trips abroad. Jackie’s unprecedented trip to India and Pakistan was notable, as it was the first time an American first lady had ever visited these conservative countries, but when Jackie arrived, the welcome she received was absolutely astonishing. Streets were lined with people and everyone was shouting her name. Pakistan declared the day of her arrival a national holiday. Jackie, a perpetual student, made certain to study the backgrounds and culture of each country she visited, even ensuring her wardrobe was inspired by the colors and vibrancy of the countries she visited. As a guest in a foreign country, she insisted on respecting the cultural traditions of her hosts.

Patrick McConaughy, Jr, ambassador to Pakistan, was pleased with the success of Jackie's trip and exclaimed, “I believe benefits to our relations with Pakistan will be reflected for a long time, in ways intangible as well as tangible,” and Clint Hill, Jackie Kennedy’s secret service agent, drove the point home in his book Mrs. Kennedy and Me, by adding, “She created a respect for America that hadn’t existed before. In the eyes of the Pakistani people, Jacqueline Kennedy represented all Americans. And they loved us.”

"And they loved us." What a remarkable showing of soft power.

The famous phrase uttered by President John F. Kennedy on his trip to France is unforgettable—and a perfect example of the love foreign publics had for his wife.

"I am the man who accompanied Jacqueline Kennedy to Paris. And I have enjoyed it."

He was right. D.C. might have been JFK's domain, but Paris was hers. Parisians lined the streets chanting "Vive Jackie!" Jackie charmed the media by speaking in fluent French and proving her knowledge of French history and culture, embodying the very essence of cultural diplomacy and mutual understanding.

Her husband's relationship with President Charles De Gaulle, however, was less than charming. The two often butted heads on policy, but to the president's surprise, Jackie, with her impressive language skills and extensive expertise on the country, became the Kennedy administration's "secret weapon" in influencing De Gaulle. Her influence also extended to French Cultural Minister, Andre Malraux, which ultimately resulted in the opening of an exhibition featuring the Mona Lisa in Washington D.C. This was only the second time the famed painting had ever left France, and it was now being viewed by hundreds of thousands of Americans—a major feat for cultural diplomacy and exchange in both the U.S. and France.

On this day, we remember JFK and his tenure as president during some of the most critical and tumultuous days in our history—the Civil Right Movement, Bay of Pigs, Cuban Missile Crisis, Vietnam. His steady hand and diplomatic touch eased tensions around the world and ensured that his legacy for promoting democratization, equality and hope would live on. But Jacqueline Kennedy will also go down in history—not just for her string of pearls or pillbox hat, or even for her famous pink suit; but for creating a dominant soft power dynamic in American politics, and proving to foreign audiences everywhere that knowledge, appreciation and understanding of other cultures can forge a lasting bond between nations that improve foreign relations immensely.