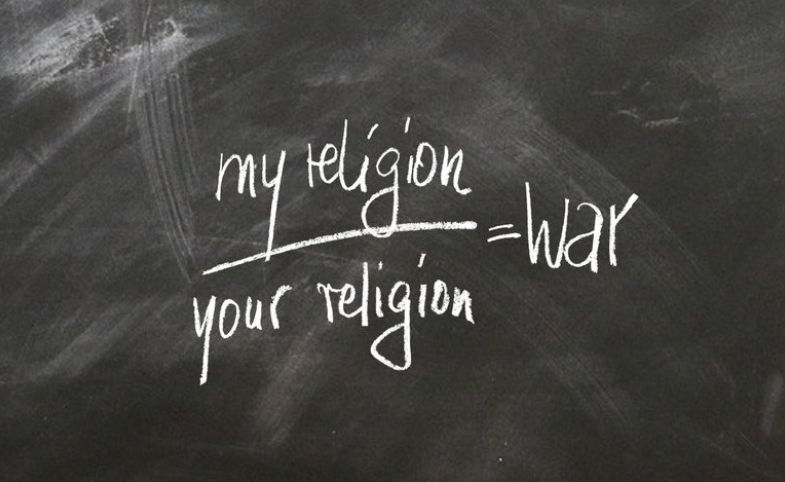 Despite diminishing Islamic State of Iraq and the Levant (ISIL) territory and revenue, the organization still remains strong due to their advanced technological network and online capabilities.

In light of the May 15 terrorist attacks in Indonesia where three families, including their young children, detonated bombs outside a police station and inside churches in what the Islamic State (ISIL) called "a martyrdom operation," questions about the process of radicalization from religious believer to ISIL extremist remain somewhat of a mystery.

Many ISIL combatants, like the Indonesian attackers, were radicalized in their home countries and connected to like-minded individuals or groups online, without having to travel to Syria for training. But questions still remain as to what drove them to radicalization. There is plenty of research that points to a variety of factors in the radicalization of terrorists, including the need for brotherhood, community and identity. But the most dangerous factor—and by dangerous, I mean simply that it is perhaps the hardest to address—is religion.

Religion can seem to add legitimacy to an underlying need for community or identity, and therefore, can be an effective means for recruitment, especially for individuals participating in soul-searching efforts to find a place of belonging.

ISIL has managed to take an inclusive, peaceful religion and manipulate its doctrine to convince vulnerable individuals to join its ranks.

This is obviously problematic, as ISIL has managed to take an inclusive, peaceful religion and manipulate its doctrine to convince vulnerable individuals to join its ranks. "Due to their perversion of Islam and their targeting of Muslims as both recruits and victims, a peaceful and honorable religion is under attack," writes Shannon Green and Keith Proctor in a CSIS report on countering violent extremism.

So how is religion used in recruitment tactics? The propaganda machine behind ISIL is impressive, specifically in relation to its religious messaging. According to the Centre on Religion and Geopolitics, 87 percent of jihadist propaganda includes "justifications from the Qur’an, Hadith or scholarship." (The Hadith is a collection of sayings from the prophet Muhammad, seen as providing moral guidance for living.)

Additionally, the group’s media resources include clear references to religious themes. Its original magazine Dabiq, launched in 2014, recruits new members by providing religious textual references to jihad, "true Islam," and a call to turn away from infidel behavior and to follow Allah. Its religious justifications are quite clear: "People are ignorant of their religion, and they thirst for those who can teach them and help them understand it. So fear Allah, O slaves of Allah."

In addition, the magazine includes Qur’anic verses such as: "And who would turn away from the religion of Ibrahim except one who makes a fool of himself. Truly, We chose him in this world, and indeed in the Hereafter he will be among the righteous."

Interestingly enough, this entire issue of the magazine includes pages of in-depth analysis of this verse and others in order to prove the religious and political legitimacy of ISIL’s fight. But while the group uses a great deal of scripture to justify their work, their justifications, according to the Centre on Religion and Geopolitics, are "usually presented without context, reinforcing the accusation that the groups ‘cherry pick’ passages that support their case." It’s easy to see why. The group clearly ignores the parts of the quoted verses about treating others how they would like to be treated. The group finds ways to justify their horrific violence despite their chosen verses making no mention of such brutality. They are master manipulators.

This is only one example from the many issues of Dabiq which seek to use religious themes to entice readers, including an issue titled, "Breaking the Cross," which was meant to discredit Western Christianity and convince Christians to drop their beliefs and follow Islam.

A new magazine called Rumiyah replaced Dabiq and focuses “on the group’s concept of monotheism,” according to the Clarion Project, a nonprofit organization that seeks to challenge radical Islam and provide a space for moderate Muslims and activists to speak out. Rumiyah is hyper-focused on religious themes—the first issue includes a page discussing the purpose of the magazine: "to clarify the reality of Islam." Like Dabiq, it includes pages of theological commentary on Qur’anic verses.

But why are these magazines so appealing? The magazines are high-quality, published in multiple languages, and include creative infographics and photos to accompany the content. The group makes the content aesthetically pleasing. But it is hard not to see the dichotomy of religious scripture and sacred sayings from the prophet Muhammed, and the violent and gruesome depictions of battle and often murder in its pages. The group has hijacked a faith and transformed it into a weapon for evil.

Note from the CPD Blog Manager: This is Part I of a two-part series on the religious soft power of ISIL. Read Part II. This piece originally appeared in full on the Pacific Council on International Policy's website.

Islamic State of Iraq and the Levant (ISIL) publishers don't stop at high-quality magazines and infographics (translated into multiple languages); they leverage multimedia to disseminate their interpretation of theological...