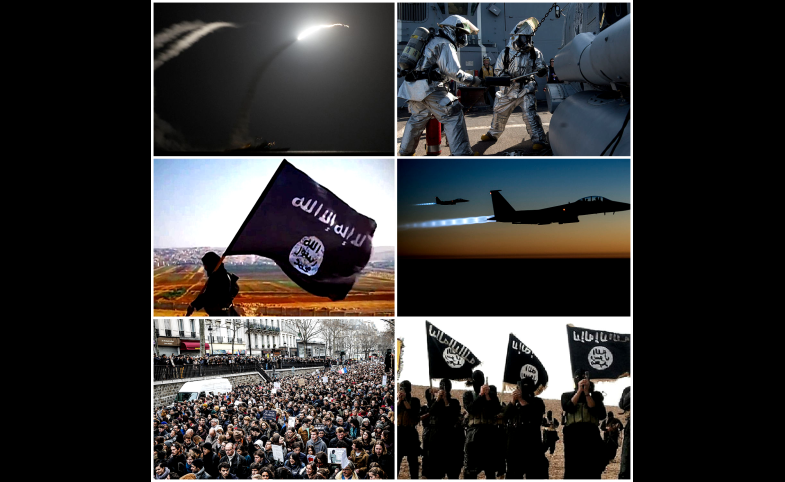 The Obama Administration has announced a new communications effort to counteract the “messaging” of ISIS. The new “Center for Global Engagement,” to be located at the State Department, will be charged with “counter-messaging” ISIS (ISIL) communications.

The task of the center can be simply stated: to persuade those who might follow ISIS or other terrorist groups that following them is a very wrong idea. Surely this must be the most important task in our nation’s international public diplomacy, as it bears directly on our national security. So the public is more than entitled to know—at least in general terms—what is going on here and why.

The State Department announcement itself suggests why the “revamping” is taking place. The new center, we’re told, will “more effectively coordinate, integrate and synchronize messaging,” A plainspoken translation of this government-speak might be: “We’ve been slow and uncoordinated and need to up our game.”

But so far there is so little evidence of success and so little meat on the announcement of this new approach that it’s fair to be skeptical.

Of course, it’s important to keep in mind how difficult it is to direct “messaging” against ISIS.

Potential ISIS recruits may be anywhere in the world (including Western countries and the Russian Federation, as well as countries with Muslim-majority populations). Second, some unlikely people become zealots for ISIS without having either shared their intentions or traveled to ISIS strongholds in Syria or Iraq, making it hard to know who has been radicalized and what it was that changed them. Most importantly, the frame of mind that would entertain supporting ISIS must be one that finds it possible to glorify extremist, violent behavior based on religion—and so it’s therefore unlikely to be dissuaded through any standard means of logical argument or rational appeal.

But the U.S. and other governments have been in the anti-terror messaging business for a long time—at least since George W. Bush’s declaration of a “War on Terror” in the aftermath of 9/11. And over the course of the Bush and Obama administrations—through changes in rhetoric, approach and organization, not to mention personnel—at no time has there been a sense conveyed that they had hit upon an approach that worked.

So instead, evidently, the U.S. government has come to understand that one thing it can do to improve the message is to have someone else deliver it. The State Department announcement says a big part of the messaging effort will:

focus more on empowering and enabling partners, governmental and non-governmental, who are able to speak out against these groups and provide an alternative to ISIL’s nihilistic vision. To that end, the center will offer services ranging from planning thematic social media campaigns to providing factual information that counters-disinformation to building capacity for third parties to effectively utilize social media to research and evaluation.

One wishes this effort well. Naturally, if the United States had an effective secret weapon in the ideological/psychological struggle against ISIS, I would join others in advocating that it remain secret. But so far there is so little evidence of success and so little meat on the announcement of this new approach that it’s fair to be skeptical. ISIS’s “vision” may be termed merely “nihilistic,” but that doesn’t explain why, if so, we have so much trouble turning people away from it.

If An Airstrike Falls in a Forest...Is the U.S. at War With Yemen?

Yemen is back in the news. At 23.59h on Wednesday October 19th, a 72-hour ceasefire began between the Houthi rebels in control of most of the country and the internationally-recognized government of Mansour Hadi, who is...