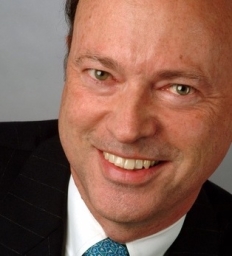 During a career with the U.S. State Department, Dillen managed media and cultural relations for U.S. embassies in Rome, Berlin, Moscow, Sofia and Belgrade. He also managed major media programs for USAID, serving as Communications and Outreach Director for the USAID Mission in Kabul, Afghanistan from 2010-2011 and later as Media Advisor to the Obama Administration’s Power Africa initiative.

In Moscow in 2001-2002, he was senior media and political advisor to the U.S. Agency for International Development in Moscow and later managed a U.S. Treasury public awareness campaign in the Russian Federation.

Also, he has served as election observer and organizer for the Organization for Security and Cooperation in Europe (OSCE) during elections in Ukraine, Belarus and Kosovo.

Dillen’s first trip to the then-USSR was in 1971 as an undergraduate Russian-language student at the University of Michigan. Since then he has worked and traveled extensively in Russia, the countries of the former USSR, and throughout Central, Eastern and Southeastern Europe.

He has a Master’s degree in Journalism from Columbia University, where he was an International Fellow. He has been a Diplomat-in-Residence at the American Institute for Contemporary German Studies of Johns Hopkins University and attended the program for Senior Managers in Government at Harvard University’s Kennedy School of Government.

In 1994 he was awarded an honorary doctorate from the University of National and World Economy in Sofia for his contribution to post-Communist educational development. While in government service, he set up the first international gathering of civic education specialists, held in Prague in 1994.

While in Rome, he led the U.S. Embassy’s organization of a five-nation summit for Clinton, Schroeder and other world leaders. Before founding Dillen Associates LLC, Mark was a senior member of The PBN Company in Moscow, where he was responsible for the firm’s largest account, the U.S. Treasury Department, and represented PBN in its dealings with the European Roundtable of Industrialists, PriceWaterhouseCoopers and many other clients.

Prior to joining PBN, Dillen conducted research analysis for the leading Italian concern, Alenia Aerospazio. He has also provided pro bono assistance to the Fort Ross Conservancy, the Pushkin Charitable Foundation, and to Transparency International.