Home|American Public Diplomacy in Poland: 25 Years after the Fall 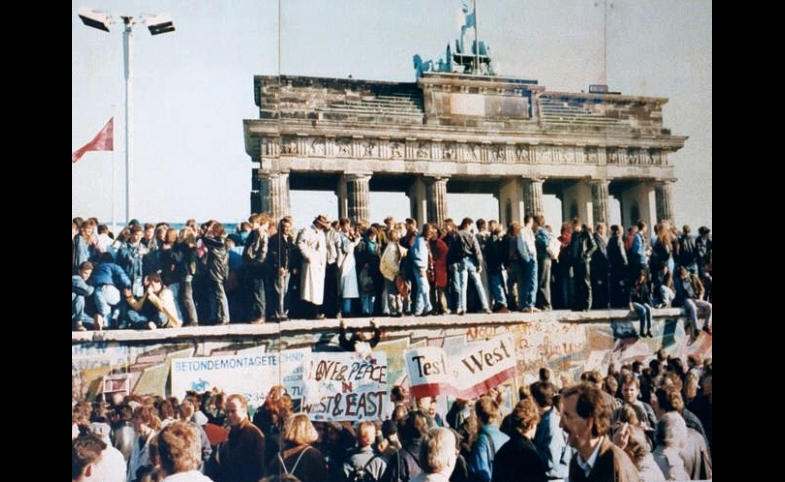 American Public Diplomacy in Poland: 25 Years after the Fall

Note from the CPD Blog Manager: This piece was co-authored by Mieczyslaw Boduszynski, Assistant Professor of Politics and International Relations at Pomona College.

Twenty-five years ago the Berlin Wall fell, and most Central European states went on to join the North Atlantic Treaty Organization (NATO) and the European Union (EU). Today, the incoming President of the European Commission is a Pole, former Prime Minister Donald Tusk. Now that we are addressing urgent challenges in the Middle East, Ukraine, Africa, and Asia, shouldn’t U.S. public diplomacy efforts be transferred from Central Europe to these hotspots? Many would say they already have been. Why continue investing scarce public diplomacy resources in solid allies?

Today it might appear that the integration of countries such as Poland into the Euro-Atlantic community was a given. It wasn't. The economies of these countries were ravaged by decades of communist mismanagement. As the war in Yugoslavia loomed, there were anxieties about whether other countries in the region would split. Nationalist movements were vital to pushing off the yoke of communism, but in new democracies, they aided the rise of authoritarianism. On the other side of the fallen wall, people were not uniformly enthusiastic about admitting the ex-communist states. Many politicians and pundits firmly opposed NATO's open-door policy, not wanting to antagonize Russia. It is a tribute to the will of Europeans and Americans that bringing the post-communist states into the democratic fold succeeded, and people like Poland's Tusk forged successful careers as European politicians.

U.S. public diplomacy played a central role in these developments. During the cold war and just after the wall fell, the U.S. invested in Central Europe’s future, and sent hundreds of young leaders, including Tusk, to the U.S. on public diplomacy exchange programs. "Soft power" programs like this, as well as long-term support for democracy in the region, created broad public support for the U.S. Poland in particular became one of the most pro-American countries in Europe.

Today, Poland is an influential member of the EU and NATO, and a global exporter of security. Polish troops were deployed to Iraq and Afghanistan, and were one of the first in and last out. Poland's economy also expanded. By 2009, it was the only EU state with economic growth after the global financial crisis. It has actively promoted democracy in places such as Georgia, Belarus, Ukraine, and the Middle East. Most recently, Poland has played a central role in shaping the EU's response to Russia's annexation of Crimea. Much has changed since 1989.

However, this generation of Polish leadership soon will be replaced by a new one which has no memory of communism, the fall of the Berlin Wall, or how the U.S. partnered with Central European states as they implemented democratic practices.

...The rise of anti-systemic and Europhobic parties throughout the continent show[s] that challenges to democracy are gaining ground. While public diplomacy cannot confront these challenges alone, it can show young Central Europeans that democracy matters and the U.S. is still Europe’s best partner for global stability.

The U.S.’ image has suffered among Poles in recent years. Former Prime Minister Radosław Sikorski's alleged disparaging remarks about the value of U.S.-Polish relations might be felt by a larger segment of Polish society than Americans would think. Poles are frustrated that they are still subject to a visa regime for short-term visits to the U.S. This is complemented by a series of perceived slights, such as the U.S. not sending a high-level delegation to the 70th anniversary of the invasion of Poland.

Can the U.S. count on the unconditional pro-Americanism of years past? No, and we shouldn't. Poland is a European state, and it is natural that it has a European identity. Today, millions of young Poles have spent time working in the United Kingdom and Ireland, or studied abroad within the EU. They have fewer reasons--especially given the visa burden--to travel to the U.S. This means they know us less.

Why use public diplomacy to change these attitudes? Dealing with crises such as ISIS, Syria, and Ukraine requires serious and committed European partners. Policymakers in Washington, especially Republicans and Democrats controlling the foreign operations budgets on Capitol Hill, know from history that it is vital to not take these allies for granted. Active engagement with our NATO allies from Central Europe is essential to global stability.

In October, Assistant Secretary of State for European Affairs Victoria Nuland suggested that Hungary’s drift toward authoritarianism, as well as Russian influence, compromised efforts to unify the transatlantic community against Russia’s actions in Ukraine. These developments, and the rise of anti-systemic and Europhobic parties throughout the continent, show that challenges to democracy are gaining ground. While public diplomacy cannot confront these challenges alone, it can show young Central Europeans that democracy matters and the U.S. is still Europe’s best partner for global stability.

Such strong partnerships are nurtured over time through people-to-people diplomacy. But with scarce funds allocated to areas in crisis and regions with potentially explosive demographics, little is left for fostering these links in Central Europe, where Washington has cut public diplomacy resources steadily over the last 25 years.

In the case of Poland, as elsewhere, we missed the opportunity to redirect these resources to support more exchange programs, further develop partnership grants, facilitate partnerships between U.S. and Polish higher education institutions, and leverage Polish diaspora business networks in the U.S., among other programs to foster mutual understanding.

Such programs build long-term ties, and could be strengthened beyond the current offerings. Exchanges could be increased in areas that are a competitive advantage, such as energy, technology, and entrepreneurship. Another opportunity might be to ease the path for Polish medical students to complete their residencies in the U.S, and deepen biotech cooperation. Similar programs could be developed throughout Central Europe.

On the policy side, clear statements and symbolic actions that show U.S. commitment to the region are vital. The sooner the U.S. can reevaluate its visa program in Poland, the better. And the more we can explain policy in Central European languages, the better we are understood.

NATO, the world’s most powerful military alliance, has recently released a strategy to counter hybrid threats. This strategy recognizes the fact that the security environment is neither dominated by conventional threats,...

Digital Diplomacy and the Bubble Effect: The NATO Scenario

Measuring the impact of digital diplomacy using quantitative metrics (number of followers, retweets, shares, likes and so on) has become a general practice among Ministries of Foreign Affairs (MFAs), and for good reasons....