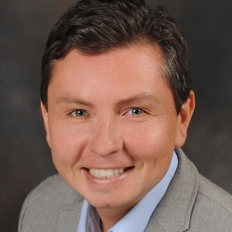 Mieczysław (Mietek) Boduszyński is associate professor of politics and international relations at Pomona College. Prior to joining Pomona, he was a U.S. Foreign Service Officer specializing in public diplomacy, with postings in Albania, Kosovo, Japan, Egypt and Libya. In 2015-16 he took leave from Pomona to serve as political counselor at the U.S. Consulate General in Basrah, Iraq, during the height of the battle against the Islamic State.

Mietek is writing a book tentatively titled, "Full Circle: The International Context of the Arab Spring," which will describe and analyze how the outside world has responded to the momentous changes occurring in the Middle East and North Africa since 2011. Previously, he published a book on democratization in the Balkans.

Mietek is also a frequent op-ed contributor to such publications as the Los Angeles Times, and he is a member of the Pacific Council.

He is fluent in Arabic, Japanese, Croatian, Serbian, Bosnian, Albanian, French and Polish.

Mietek's 2016-18 CPD Research Fellowship project is titled, "U.S. Public Diplomacy in the Age of the Fortress Embassy: Balancing Mission and Security in the Post-Benghazi Era."