Home|Building Bridges between Poland and Israel: Toward Collaborative Public Diplomacy 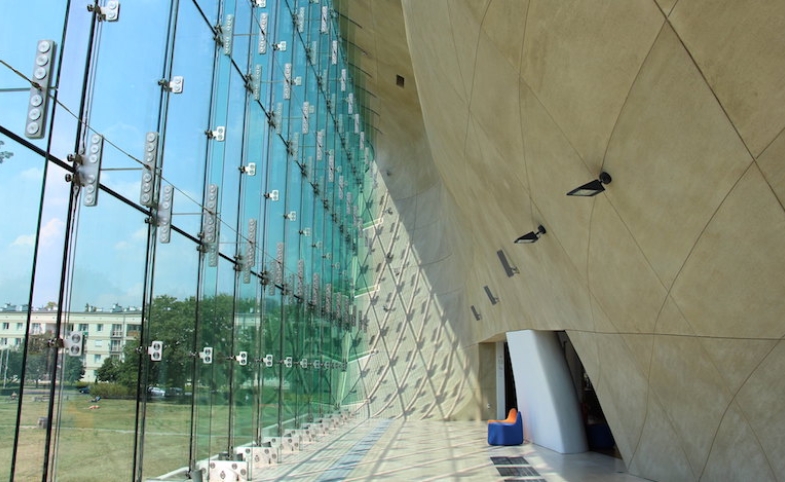 Building Bridges between Poland and Israel: Toward Collaborative Public Diplomacy

How can the principles and tools of public diplomacy be applied to bridge contested historical memories and narratives? Israeli-Polish relations offer a compelling case study.

Rarely are two peoples living on different continents as intertwined by history as Poles and Israelis. For nine centuries Poland remained the home, and at times a safe harbor, for the largest Jewish community in the world. The culture and intellectual output of Poland’s Jewish community had an important impact on Polish society, just as Polish culture had a profound impact on Judaism. Polish Jews played a central role in the formation of the Israeli state. Relations between Poland’s Christian majority and its Jewish minority were complicated. But the two peoples lived side by side until the outbreak of World War II. Between 1939-1945, under the brutal occupation of Nazi Germany and Soviet Russia, Poland lost over 5 million of its citizens—including nearly the entire population of 3 million Polish Jews.

Rather than being united by a shared history of oppression, violence and killing during World War II, contested historical memories and politics have often divided Poles and Israelis (as well as the Jewish diaspora). Despite strengthening relations between Israel and Poland, in recent years historical controversies have risen to the top of the political agenda, casting a dark shadow on other areas of bilateral cooperation. The most fraught discussion revolves around the conduct of Poles toward Jews under German Nazi Occupation. In contrast to some neighboring countries, there was no Polish collaborationist government during the war. However, despite countless Poles risking their lives in order to shelter Jews during the Holocaust, many others assisted the Nazi killers or, in a few cases, organized their own pogroms during and after the war. While the Polish narrative emphasizes the heroic actions of Poles who helped Jews, Israelis and the Jewish diaspora recall Polish anti-Semitism during the interwar years, which bolstered the German Nazi effort.

The communist regime that ruled Poland from 1945-1989 did little to educate Poles about their wartime past, preferring to gloss over difficult issues like Polish anti-Semitism and complicity in Nazi crimes. In 1968 the Polish Communist party declared thousands in a small community of remaining Polish Jews enemies of the state and forced them to leave Poland. Over this incident, too, there is contention over whether it was driven entirely by mobilization from the top or whether popular anti-Semitism played a role.

After the fall of communism, many Poles began to take an interest in the rich history of Jewish life in Poland, and some began to discover their previously unknown Jewish roots. Meanwhile, the work of historians, notable among them the Princeton scholar Jan Gross, forced Polish society to come to terms with its complicity in the Holocaust, as did works of popular culture such as Polish director Paweł Pawlikowski’s Oscar-winning film, Ida.

Public diplomacy based on a collaborative, grassroots approach emphasizing people-to-people ties might be the best way forward to reconcile the diverging historical narratives and grievances of the past.

Despite the gains of the 2000s in reconciling competing narratives of World War II, the idea that Poles were only victims, and never victimizers, during World War II has been difficult to overcome. More recently, growing nationalist sentiments, and the rise to power of populist political forces, set the process of confronting the past back further. In 2018, a crisis in Israeli-Polish relations erupted over a so-called “Holocaust Law,” which aimed to criminalize attempts to assign any blame to Poland and Poles for the killings in World War II (itself a reaction to frequent misleading statements by foreign officials and media implying that the concentration camps established and operated by Nazi Germany were “Polish death camps”). Tensions were defused only after the Polish Parliament, under intense external pressure, agreed to amend the bill by decriminalizing the offense.

Israeli Prime Minister Benjamin Netanyahu has attempted to cultivate good relations with the populist government which currently rules Poland as a way to increase his leverage in a European Union that is often critical of Israel’s policies toward the Palestinians. Despite his efforts, acrimony between leaders of the two countries escalated earlier this year when Polish Prime Minister Mateusz Morawiecki cancelled a planned visit to Israel in response to remarks by top Israeli officials suggesting that Poles are irredeemable anti-Semites.

Can public diplomacy aid in bridging the gulf in historical memories? Public diplomacy underscores the centrality of people-to-people exchange. Regrettably, one of the major challenges in trying to bridge the gulf between Poles and Israelis today is the relatively small number of people-to-people interactions between both groups, leaving ample space for misinterpretations and manipulation. In 2017, a record number of 250,000 Israeli citizens visited Poland, though many of them to see the memorial sights associated with the Holocaust. Polish tourism to Israel has also skyrocketed (85,000 Poles visited Israel in 2017), with dozens of direct, weekly flights from Polish cities to Tel Aviv. While increasing tourism is a positive development, it does not necessarily generate the dialogue that public diplomacy facilitates. The Israeli Youth Delegations program, funded by the Israeli state since the early 1990s, brings over 25,000 high school pupils to visit Jewish historical sites in Poland annually. The program has been criticized for the rather limited interaction it affords Israelis with their Polish peers. As an alternative, in 2009 the Polish Ministry of Education instituted a separate grant program for Polish and Israeli high schools, which promotes one- to two-week student exchanges to Poland for Israeli students. As state-sponsored initiatives, however, these programs remain highly susceptible to influence from politics.

Israeli-Polish relations and, by extension, the goal of facing the past, would benefit from a collaborative public diplomacy approach. Traditional, state-driven public diplomacy programs such as cultural and educational exchanges offer an important contribution to conflict resolution by facilitating dialogue, confronting misperceptions and bridging narratives. However, a collaborative PD approach—understood here as a “process of building mutual understanding through a multi-stakeholder effort (citizens and NGOs working side-by-side with governments) to undertake projects contributing to a common good—goes further by complementing and enhancing government-led programs. It adds a vital grassroots component which can contribute to the betterment of bilateral relations in the long term, but in the short and medium term, allows for dialogue to continue regardless of political tensions between states.

Today, there is already promising ground for the development of collaborative public diplomacy in Israeli-Polish relations. Politics, the state of bilateral relations, and state-driven public diplomacy efforts notwithstanding, Polish civil society has been making remarkable efforts in areas such as exchange, dialogue, and cultural preservation and documentation. A number of Polish non-governmental organizations have helped revive Jewish cultural, social and religious life in cities such as Kraków. Poland now hosts a number of major Jewish cultural festivals and other events. Polish universities offer Yiddish and Hebrew language classes, and Jewish studies programs saw the enrollment of a record 2,500 students in Warsaw and Kraków last year. At the local level, Polish civil society is collaborating with municipalities to help the remaining Jewish community preserve its cemeteries and restore its synagogues.

Museums and other sites of memory based on private efforts can also play a critical role, filling in voids left by the official education system. Here we must mention the remarkable POLIN Museum of the History of Polish Jews in Warsaw, which the New York Times called “the most ambitious cultural institution to rise in Poland since the fall of Communism.” POLIN opened its doors in 2015, with the Israeli president in attendance at the inauguration. The museum cost over $100 million and represents an extraordinary collaboration between Polish and foreign donors, Jewish and non-Jewish alike. It contains eight galleries, full of multimedia exhibits, artifacts, documents and other objects. Importantly, while one gallery memorializes Jewish death in the Holocaust, the remaining galleries honor over six centuries of Jewish life in Poland in all its complexity and diversity. Among other topics, the museum deals with the thorny issue of Polish-Jewish relations in an impressively balanced way. And the museum has also instituted its own exchange programs focused on dialogue among youth.

Israeli-Polish relations have many reasons to thrive. Poland remains one of the staunchest supporters of Israel within the European Union. In comparison to some Western European countries, in Poland there a very low number of anti-Semitic incidents, and there is no organized effort to boycott and divest from Israel. When you add to this the strong economic growth of both countries, a well-organized tourism industry and common history on which to build, it becomes clear that there is ample space for excellent relations. The major hurdle remains a lack of dialogue and mutual understanding of the long history of Polish-Jewish relations within Poland, including the fraught history of relations under German occupation in World War II. Public diplomacy based on a collaborative, grassroots approach emphasizing people-to-people ties might be the best way forward to reconcile the diverging historical narratives and grievances of the past. Such an approach will also provide the necessary tools in order to build strong and sustainable relations for the future.

Photo (by Fred Romero via Flickr | CC BY 2.0) shows the POLIN Museum of the History of Polish Jews