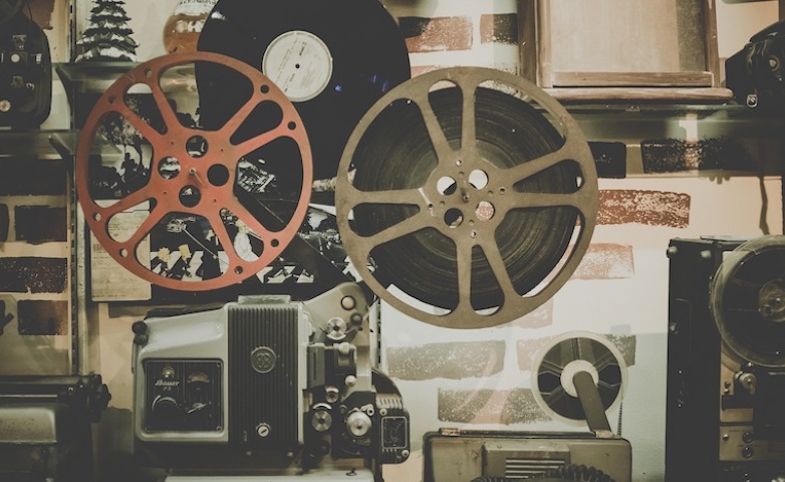 Note from the CPD Blog Manager: This post was adapted from a real exchange between CPD Faculty Fellow and Master of Public Diplomacy Program Director Nicholas J. Cull and a student interested in the historical practice and impact of propaganda. The text has been edited for the CPD Blog. Read other Q&As about propaganda between students and Professor Cull here and here.

I am happy to answer your interesting questions. I feel it is an essential thing for the well-being of our society that students like yourself understand propaganda.

1. What interested you in propaganda rather than another subject?

I grew up in the UK in the later 1960s and 1970s loving old movies and fascinated by history, especially World War II. I loved listening to the stories of my grandparents about the history that had happened around them. It soon became clear to me that the textbooks and coverage of history in public memory was not always the same as my grandparents' version and that certain distortions, which benefited those in power, were entering into the picture. Fifty years on, I am still studying this. I am not vain enough to assume that I am immune to propaganda, but rather I have learned to enjoy the ride and appreciate a truly manipulative documentary or propaganda film. I always tear-up at the end of the official U.S. government obituary for President Kennedy, for example.

2. Is propaganda as prevalent today as it was during the 1900s?

Propaganda is not a moment in the history of our world. It is an element in the structure of our world. As long as there has been conflict, humans have sought to use stories and other cultural forms as force multipliers. What has changed is the role of opinion in our society. When people have unprecedented power the manipulation of people is an unprecedented concern.

3. Do you believe propaganda relates to a nation's culture in any way?

I see culture as the total of lived experience of a community—where the boundary of that community is drawn and what the political implication of that may be is the big question.  A culture can be as large as the entire population of the world or as small as two people (say twins with a secret language). Any smaller than two and you have a survivor of a culture, rather than a culture. Nations have historically looked to distinctive aspects of their culture as elements of their identity. For Danes, say, this means big things like language, social mores and residence in a particular location as well as small things like having a hole in their coins. The interface between propaganda and culture then is often that propaganda invokes culture as something to be protected. More than this some countries have seen culture as being one of their assets and have sought to introduce their culture to others as a way of increasing their “soft power” in the world. Once something is claimed as characteristic of national identity it then becomes an issue to be defended so culture and propaganda can be a self-reinforcing loop.

4. What effect does propaganda have on people?

I believe that an effective propagandist does not teach his or her audience something new, but rather tells them something they have always thought and connects it to a political action in a new way. Because you know/believe X you should vote for Y or shoot Z. This means that propaganda can sometimes be reassuring as it affirms existing ideas. Of course sometimes that idea is a negative, as with propaganda to encourage and enemy soldier to surrender because “defeat is inevitable.” That might include a reassuring element: “surrender and you will be well-treated; your enemy is asking you to surrender because he respects the brave way in which you have fought.” I see some of the most pernicious propaganda as that which plays to the audience's sense of them self as a victim with a unique need to be compensated by the rest of the world. That is at the heart of the current wave of nationalist propaganda around the world. Even victors like the citizens of the United States are encouraged to think of themselves as losers whose way of life is endangered and must be defended from outsiders who seek to supplant them.

5. Do you believe that most propaganda has a negative intent?

Propagandists often believe that they are working for the greater good and see propaganda when based on distortion as a necessary evil. In my own research, I've studied British officials fighting the Nazis who decided to lie in order to advance their cause, believing that the end justified the means. My own feeling about years of study is that a communicator always has to pay the price for a distortion, and you never know what the price will be. For example, the clever ways in which British propagandists made up negative stuff about Germans in World War I helped them to win that war but meant that when the Germans were really committing atrocities on an industrial scale in World War II, those who sought to raise the alarm were not believed. I think we are better advised to focus on the mutual education and long-term learning which are emphasized in what is sometimes called “public diplomacy.”

6. What do you feel is the most influential propaganda campaign you can think of?

So much of our world was shaped by propaganda in one way or another. I am especially interested in the successful British campaign to bring Americans into World War II in the run-up to Pearl Harbor. That was the subject of my first book, and I remain impressed by the techniques used and the characters who took part. Evidence of effectiveness may be found in the continued admiration of Americans for the man at the heart of the campaign—Winston Churchill—and such elements of it as BBC News (although the skill of the BBC was to achieve their propaganda aims through use of credible facts and journalism).

7. How did propaganda influence the 20th century?

Each of the major stories of the century can be understood in media/propaganda terms. East v. West, Communism v. Capitalism, Empire v. Independence, Segregation v. Civil Rights, sexism v. feminism, business v. environment. I see the study of propaganda as the necessary window on our times.

I see very similar techniques in the circulation, but the media of choice has changed. Back in the 1930s, scholars at the Institute for Propaganda Analysis in New York City isolated seven key techniques of propaganda, all of which are regularly used by a certain Twitter-based propagandist I could name. Notably, number one on the Institute’s list was name-calling.

9. Do you feel that propaganda has done more harm than good?

I do, which is why I focus of teaching and writing to promote public diplomacy as an alternative without the inherent unintended consequences or ethical problems.

10. Has propaganda become more or less important since the beginning of the 21st century?

As I said at the opening, what has changed is the role of opinion in our society. People have more power and more access to mechanisms of communication, while the sources of authority—the voices of government and the old newspapers—have found their influence diluted. When people have unprecedented power, the manipulation of people is an unprecedented concern. What then is to be done? Well one closing thought is that our conversation around media has always focused on our rights—rights to speak and rights to access—and I think it is time to also explore our responsibilities: to think carefully about what we share and whether we are enabling the spread of propaganda or even outright lies, and how to listen to others more effectively to restore genuine engagement in place of the mutual slinging of slogans.

Good luck with your project.