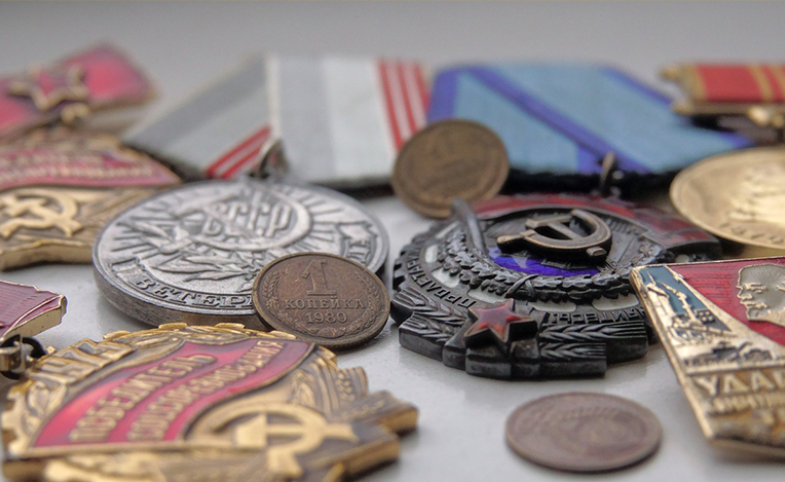 Note from the CPD Blog Manager: This post was adapted from a real conversation CPD Faculty Fellow and Master of Public Diplomacy Program Director Nick Cull shared with a student interested in the historical practice and impact of propaganda. The text has been edited for brevity. Read another Q&A about propaganda between a student and Professor Cull, here.

1. What is the most common form of propaganda?

That depends on definitions, of course. If we think of propaganda as simply political mass persuasion, I’d say that the symbols surrounding a nation state are the most common form—the flags, images on currency, in architecture and state-associated publications, which build up a total ideological universe around a citizen. You will see from this answer that I see propaganda as a neutral tool, rather than an activity with an inherent moral content. Not everyone agrees. Some say that propaganda is to communication or persuasion, as murder is to killing, which is to say it is the immoral version of the action. This said, my view is that because propaganda goes beyond simply setting out arguments and aims to persuade someone to make a decision with insufficient evidence, it is a highly risky approach to use. Citizens often resent having been propagandized. Propaganda always has an unintended consequence, including raising expectations. The unintended consequences of a balanced argument or a process of dialogue are much less dramatic. This is why I argue for and teach public diplomacy, which is a two-way process, rather than one-way propaganda.

2. Is a person born as a propagandist, or will the person learn it?

Persuasion is inherent to human life.  We soon learn as children that we can do more if we can persuade others to cooperate with us and develop techniques for accomplishing this. While political propaganda begins with these same techniques, it has evolved beyond the instinctual to something approaching a science. With this said, I think there are certain people who have a persuasive gift, who know how to speak in a way that connects to the inner feelings of a person. I think that the most effective propagandists do not teach the public something new, rather they tell the public something they have always thought but never connected to, such as a political action. Hence, European populists are currently capitalizing on a longstanding suspicion of migrants, which have been in people’s minds for a long time.

Propaganda is tailored to the tastes of its audience, so one of the most effective techniques for exposing propaganda is to show it to a different audience as a way to discredit the originator.

To answer this question, it is important to separate propaganda techniques from propaganda technology. While the technology is new, the techniques are very old. I’m struck by the way in which rhetorical devices identified in the 1930s by the New York-based Institute for Propaganda Studies are still obvious today. Their list was as follows:

A piece of propaganda from the past can still be effective in its own terms, but I think that more often we are amazed by how transparently manipulative it seems. Propaganda is tailored to the tastes of its audience, so one of the most effective techniques for exposing propaganda is to show it to a different audience as a way to discredit the originator. This technique was used by the Americans against the USSR in the 1980's.

4. Propaganda is the power of convincing. Is advertising a form of propaganda?

I define propaganda as political mass persuasion. Advertising is commercial mass persuasion, but the approaches and techniques certainly overlap and advertisers have often moved into politics.

5. Where and in what can we recognize propaganda today?

There are two ways to study propaganda. We can look at the reception, or we can look at the transmission. There are many scholars who work backwards from bias in the media around them and seek to find its origin in social or political power structures. I prefer to look primarily at the transmission side. I study the people who get a monthly paycheck based on their ability to engage publics on political issues and the institutions in which they work. This means that effectively I set the limits on my own work around "that which the propagandist does," rather than seeking out the aspects of cultural production that voluntarily align with a message.

6. How often do we see propaganda in our daily lives (without us noticing it)?

I believe we swim in a sea of persuasion. Messages are everywhere—social, political, commercial—as various individuals and groups call out: like me, buy me, vote for me, love me. To study this process is to tune into these messages. We know—incidentally—that studying propaganda does not make us immune to it, rather (owing to what is known as the Third Person Effect) we worry about the effect of propaganda on everyone else.

Our problem is that we have so many fissures in our society which can be widened by such messages and that our own media is in such a relatively weak condition.

7. In which country / continent is the majority of propaganda? Has this changed over the centuries?

I don’t think any country or society has a monopoly on propaganda, however each age has its effective exporters. Right now, I see Russian government propaganda as especially effective, not because it is teaching people to love Russia, but rather to mistrust everything else. With the clever slogan, "Question More," the Kremlin-sponsored channel RT (formerly known as Russia Today) can be trusted to tell audiences why no alliance is real, no regime un-corrupt, no system trustworthy and, ultimately, why nothing is really knowable. In this formulation power is the only reality. This makes sense as an approach from their point of view. Our problem is that we have so many fissures in our society which can be widened by such messages, that our own media is in such a relatively weak condition.

8. When will communication by the population be seen as propaganda?

Social media has made it possible for ordinary people to have an unprecedented role in mass communication. Unlike the old mode of one-to-many media seen in the 20th century, we now see many-to-many media forms. The world is not quite ready for this, and like a body getting used to a new virus, society is struggling to catch up and develop the necessary antibodies. In the past, we spoke of media rights—rights to free speech and free press—we also need to think about media responsibilities: what should we share within our networks? What should we mistrust and delete? I am optimistic that this will happen, and we will learn to cope with social media as previously we learned to cope with a popular press and the electronic media. What troubles me, is that the popular press was part of the origin of WWI, and the radio and newsreels were part of the origin of WWII. Let us hope it does not take a political catastrophe of that kind to teach the world to come to terms with the ubiquity of propaganda.

Having recently returned from the International Studies Association (ISA) conference in Toronto, I wanted to share some thoughts with the PD community, and particularly the scholars who for some reason or other couldn’t...

Sarah Ellen Graham from the University of Western Sydney, recently published her paper: "Emotion and Public Diplomacy: Dispositions in International Communications, Dialogue, and Persuasion" in the International...