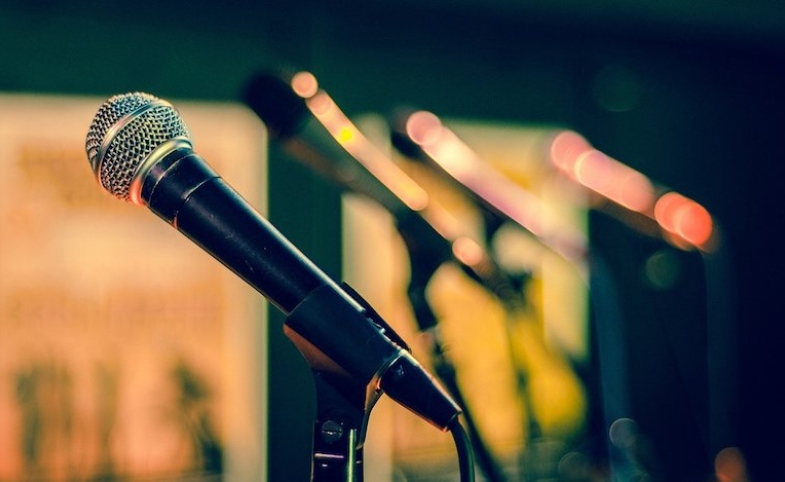 Note from the CPD Blog Manager: This post was adapted from a real conversation between CPD Faculty Fellow Nicholas J. Cull and a high school student interested in the historical practice and impact of propaganda. The text has been edited for brevity. Read other Q&As about propaganda between students and Professor Cull here and here.

As a historian of propaganda, I often emphasize that propaganda is not a moment in the history of communication, rather it is an element in the structure of communication. It is a default position to which those with or desiring power will always tend to: craving a shortcut or a sure thing in an uncertain world in which “the masses” might choose something other than their leadership or ideas.

In the midst of the COVID-19 crisis, we can see how propaganda is bubbling to the surface as governments around the world strive to build an aura of competence around their own work and, by the same token, undermine confidence in their adversaries. To me, the bottom line of propaganda is always the deed. A viral outbreak is one time in which political claims are put to the test, and we see which government and which society is capable of delivering.

I am fascinated to see unexpected actors like Iceland demonstrating competence or Albania showing generosity by sending doctors to Italy. Personally, I will never forget that colleagues in China wrote to see if my family and I had N95 masks and whether they could send some to us. It is easy for politicians to talk a big game and promise miracles to their people and even claim miracles, but people notice reality eventually. People notice the distance between what is promised and what is delivered. Leaders should remember to, as the recorded voice tells you on the London Underground, “mind the gap.”

One sign of our times is that high schoolers are increasingly interested in propaganda and write to me with questions. The exchanges seem likely to be of wider interest, so I share them via the CPD Blog.

I’m always glad to respond to high school students interested in propaganda, as that was me forty years ago. Your questions are especially perceptive and cut to some of the core issues around the subject.

1. How much of a difference can a very optimized piece of propaganda make?

As a historian, I see propaganda as one of the great and underappreciated explanations of our times and especially the past century of mass-mediated modern life. When people ask how men could march to slaughter in the trenches, vote for and comply with leaders like Hitler, or allow their planet to move to the brink of annihilation in service of a Cold War, propaganda has to be a big part of the answer. Your question raises the idea of a single “optimized” piece of propaganda—we might imagine a meme—which becomes especially effective, and I have certainly seen such examples. The UK’s “Kitchener” recruitment poster in 1914 or the Hitler election poster are classics. But it might be misleading to focus on single examples. The great strength of propaganda lies in its accumulated force; in re-exposure to its ideas until they structure your understanding of the world without the need for logic or a thought process. A propagandist often does not tell an audience something new, but rather takes an old thought and affirms it and connects it to a political decision in our own time. To work this as an example: Hitler did not invent anti-Semitism but rather affirmed it as an explanation for Germany’s problems and presented an opportunity to vote for him as way to channel that feeling.

2. Has propaganda gotten more or less effective as time goes on?

I feel that it is a mistake to historicize propaganda; it is not a moment in the history of political life, but an element in the structure of political life. Where I do see movement is in the effectiveness of particular media of propaganda. Audiences develop skepticism around particular platforms in much the same way as bodies develop resistance to disease. New media seem especially powerful, and we are living through a time of adjustment to the power of social media, just as in the past we collectively adjusted to the popular press, radio and television. The tragedy is that terrible events can flare up at moments of new media instability. World War I, World War II and the Cold War all have this dimension in their causes, though historians seldom acknowledge it.

3. How wrong is the public's general opinion that propaganda doesn't really affect them that much?

Publics are certainly aware of the power of advertising and propaganda, but this awareness has an Achilles' heel. Social scientists report that if you teach someone about propaganda, they become very concerned about how their neighbors will be manipulated rather than themselves. It seems that we are doomed not to be able to see our own biases or understand our own susceptibility.

4. What are some examples of failed propaganda, and why did they fail?

The history of propaganda is full of counterproductive gambits—the famous “keep calm and carry on” meme is an ill-considered British propaganda poster from 1939, which failed as it sounded too pompous and condescending. A better tone was that of Churchill’s poster later in the war: “let us go forward together.” Often failures stem from a lack of knowledge of an audience and a failure of the propagandist to listen before speaking. A great example of this comes from the Vietnam conflict. The U.S. army wanted to drop leaflets to encourage Viet Cong guerrillas to surrender and thought that reminding them of girlfriends at home might be a clever tactic. So far, so good until it got to the issue of choosing illustrations—the army chose photos of Vietnamese girls in Western bikinis and not in the traditional costumes worn by the actual girls the men had left behind. The pictures of the girls in bikinis seem not to have prompted thoughts of home but rather implied that the Americans were turning Vietnamese girls into prostitutes and hence encouraged the guerrillas to fight even harder. The army learned from their mistake and switched to culturally appropriate images, which had the desired effect.

I hope these answers help. The only other point I’d stress, which is often missed, is that propaganda and censorship are two sides of the same coin, and things that political actors withhold can be as influential as what they say.

Have more questions on propaganda? Add your comment below.

Music Diplomacy in Times of Conflict