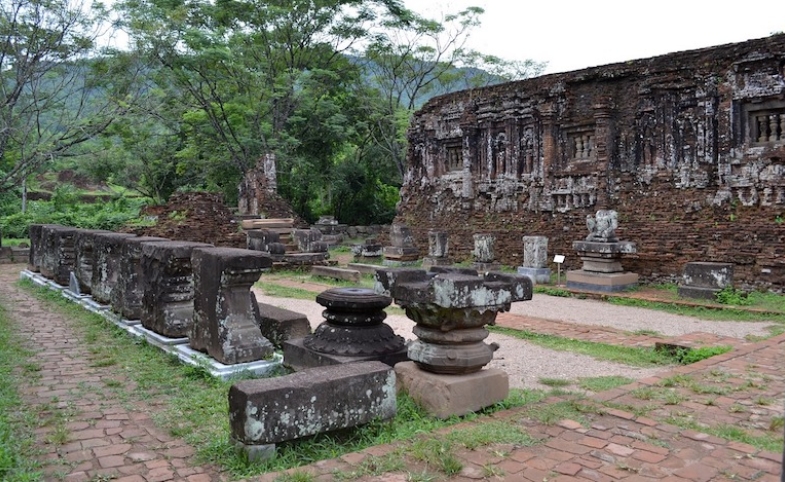 As the expression of soft power gains currency in the 21st century, it is relevant to note that India has shared culture with several important civilizations with public participation. One of the immediate references is Southeast Asia, also referred to as the ASEAN (Association of Southeast Asian Nations) where Indian culture has thrived unimposed and been accepted. This is not to say that the region has “Indianized” culture; on the contrary the influence of Indian culture and language has permeated Southeast Asia organically without any state sponsorship, political imposition or concrete effort. Interestingly, commerce and trade has followed suit in connecting India to Southeast Asia.

In present times, “Culture, Commerce and Connectivity” form the three important pillars of India’s priorities and integration with respect to the ASEAN region. Being a civilizational state, India’s foreign policy orientations have been aimed at a confluence of civilizations. As Sachchidananda Sahai, the famous Indian epigrapher writes, “From prehistoric times India and ASEAN nations have been an integral part of monsoon Asia, which offers a community of culture and sharing of living traditions based on the idea of intimate relations between nature and living beings. Animistic beliefs, ancestor worship, cosmic perspectives, and pluralistic world view are the main pillars of monsoon Asia, which carry the cultural edifice of India and ASEAN nations.”

In an article for Hinduism Today in 2014, Vrndavan Brannon Parker writes about how the roots of the Cham civilization—which shared a common culture with India—dates back to several thousands of years ago and they are still going strong in Central Vietnam. “People of the Cham civilization are almost forgotten, remnants of the Cham dynasty which endured in the region now known as central Vietnam from the 7th century well into the 19th. Yet they are 60,000 strong, and they have kept their traditions alive for centuries, far from India’s shores. Builders of cities named Indrapura, Simhapura, Amaravati, Vijaya and Panduranga, these Hindu people and their culture continue to flourish to this day. When we speak of the Champa people, it is not a trek through history; we are speaking of a living culture with roots going back thousands of years,” he writes.

As per the National Geographic in 2014, “The oldest artifacts of a distinctly Cham civilization—brick flooring, sandstone pillars and pottery found at Tra Kieu in Quang Nam Province—date to the second century A.D.”

The same report by the National Geographic also goes on to state that, “Archaeologists have identified several Cham citadels and some 25 temple sites (each with varying numbers of towers) still standing along Vietnam's coast. Recent explorations suggest that hundreds of ruined sites may line rivers leading into the Central Highlands and beyond to eastern Cambodia and Laos.”

It is also important to note here that when India’s President Ram Nath Kovind visited Vietnam in 2018, he began his visit from Da Nang, a place believed to have a rich historical civilizational connection with India. Da Nang is famous for its world heritage site My Son, which is the origin and home of the Hindu Cham civilization which dates back 2000 years, and the ancient temples of their people, constructed by the kings of Champa between the 4th and 13th centuries AD, which also have Buddhist connections. This further strengthens its ties to India, considering that Buddhism originated in the Indian subcontinent, as President Kovind also pointed out.

A popular video documentary, "Treasures of Champa Kingdom," state that the Chams were the first civilized society to inhabit Vietnam nearly 2000 years ago and it goes on to explain the contours of the ancient Champa kingdom being a loose confederation of kingdoms in coastal Vietnam. One of Cham civilization’s contemporary contributions is that of irrigated rice farming, which is still popularly used in Asia.

According to research, Robert Stenuit, internationally renowned and award-winning marine archaeologist, has estimated the Chams to have been great sailors and great builders. Robert also adds that the Chams used to first build their temples with perishable materials but later on with built-in durable bricks. Robert has also stated that the Cham society practiced Shaivite Hinduism.

The Vietnam National Administration of Tourism has mentioned that the Cham has seafarers and that Hinduism influenced them, beginning with a brief, “Such was the artistry of ancient Cham architects and artisans that their temples and stone carvings are some of the most moving relics found in Southeast Asia today." It further notes, “Given their coastal location, the Chams were a seafaring culture. At its peak, the Champa Kingdom controlled the trade in spices and silk between China, India, Indonesia and Persia. Highly cosmopolitan, this culture was heavily influenced by Hindu beliefs adopted from India. Many of their shrines honor Shiva—often shown as a linga, while their carvings depict all manner of Hindu deities. Hindu doctrines were blended with homegrown beliefs, such as their conviction that they were descended from a goddess named Po Nagar, born from heavenly clouds and seafoam. Also known as the Mother of the World, she created the earth, trees, and rice and taught people how to live off the land.”

One of Vietnam’s former Deputy Prime Ministers, Vu Khoan, once famously asserted that “The depth of diplomacy is culture.” India harnessing its shared culture potential with Vietnam, in contemporizing the Cham civilization will truly not just distinguish but also define the 21st century’s soft power prowess.

When the India-ASEAN 25th commemorative summit was held recently, the common theme was “Shared Values, Common Destiny.” It is pertinent to note that beyond the Indian subcontinent, the advantage and the common similarity that India has in the ASEAN is her ancient civilizational links. For a prosperous future, the past must be tapped into.

Note from the CPD Blog Manager: Read about India’s ties to Thailand in Ramabadran’s July 2019 piece, “India’s Legacy in Thailand.”

In August 2018, India advanced its preservation and conservation of historical sites, especially temples in Southeast Asia, by signing a memorandum of understanding with Cambodia to restore an ancient Lord Shiva temple in...