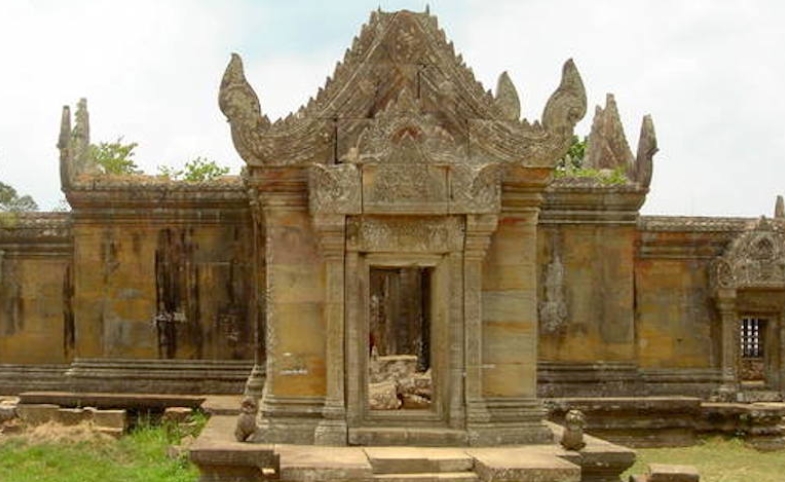 In August 2018, India advanced its preservation and conservation of historical sites, especially temples in Southeast Asia, by signing a memorandum of understanding with Cambodia to restore an ancient Lord Shiva temple in Preah Vihear. Predating India’s “Act East” and “Look East” policies, in 1981, India was the first country that opened diplomatic relations formally with Cambodia post the Khmer-Rouge regime. Along with aid-related cooperation, India has been forthcoming in enabling Cambodia’s preservation and conservation of historical temples in the country, spearheaded by the Archaeological Survey of India (ASI).

Indian Prime Minister Narendra Modi, while inaugurating ASI’s new building in Delhi in July 2018 made a pertinent point that will stay with me and is perhaps relevant for all: he said it is important to take pride in our heritage and further added that only if we take pride, will we take care of it. It is relevant to note here that this is after 70 years of independence, as the Indian prime minister has reiterated to us. The proposed Indian conservation and preservation efforts of the Shiva temple at Preah Vihear is certainly a step in the right direction in which India is institutionalizing its shared civilizational history with countries in its neighborhood and extended neighborhood with Southeast Asian countries.

The Shiva temple at Preah Vihear is a world heritage site attributed by UNESCO (The United Nations Educational, Scientific and Cultural Organization). In fact, UNESCO has placed the site to have originated anywhere between the 9th Century AD and the 11th Century AD with a “complex history.” In its description of the site UNESCO has paid rich tributes:

“Situated on the edge of a plateau that dominates the plain of Cambodia, the Temple of Preah Vihear is dedicated to Shiva. The Temple is composed of a series of sanctuaries linked by a system of pavements and staircases over an 800 meter long axis and dates back to the first half of the 11th century AD. Nevertheless, its complex history can be traced to the 9th century, when the hermitage was founded,” its statement reads.

True to this, the site has been praised for its architectural marvel. Even when India’s Vice President Venkaiah Naidu visited Cambodia in January 2018, he alluded to how India was committed to enabling conservation and preservation of the Preah Vihear Temple as a responsible co-chair of the International Coordinating Committee for Safeguarding and Development of the historic site.

Delving a little deeper into the subject and contours of the temple itself, certain Indian scholars and archaeologists have expounded its significance and have disbanded any complexities in understanding the temple’s complex significance; one among them is Sachchidanand Sahai. In his explanation he has written how the temple exactly came into being. “The presiding  god of the World Heritage Temple of Preah Vihear is  known as  Shikhareshvara, which is just one of  Shiva’s thousands of names, meaning the Lord (ishvara) of the Peak (shikhara). In Indian literature, Shiva resides at Mount Kailasha, one of the loftiest peaks of the Himalayas. Khmer mythology presents the Dângrêk range as the Himalaya of the Angkor Empire and the cliff of Preah Vihear as the Kailasha where Shiva resides in his divine mansion. Preah Vihear was also the abode of Bhadreshvara, or the Gentle Lord, another very potent form of Shiva,” he noted.

India’s shared heritage with Southeast Asian countries has never intended political colonization—history is evidence to this. In the recent past, Dr. Chithra Madhavan, a historian based out of Chennai, in her lecture series titled, “Cultural Contacts between India and Cambodia—Architecture, Sculptures, and Inscriptions,” for the India Foundation’s Center for Soft Power, has also attributed this to how culture from India has organically been transported across the sea to countries like Cambodia. It was in her presentation that I came to know of the Indian connection that is visible in the rich legacy of Khmer king names and their cities; this is also proof of how deep rooted civilizational ties are between India and Cambodia as well as the fact that Cambodia is the only country that has a temple in its flag.

As we look to the future, India must begin quantifying its public diplomacy and soft power efforts in the neighborhood as well as in Southeast Asia

Reverting to conservation on historical sites and temples, this is not the first time that India is cooperating with Cambodia to help with conservation and restoration. As per the Ministry of External Affairs, India was the first country to help with the Angkorwat temple restoration, way back in the 1980s. This was at a time when those from the ASI had to face bullets from the Khmer Rouge guerrillas and there was not much support that they received.

Subsequent to completing this project, the Government of India took up the Ta Prohm Temple conservation project facilitated by then-Prime Minister of India Atal Bihari Vajpayee in 2003-2004. The Ta Prohm Temple, as per Cambodian officials, is also one among their most visited temples. In so far as the site is concerned, the Indian archaeologists were asked to protect some key portions of the site as well as protect and save trees at the site. Currently it is estimated that the third phase of the project is nearing completion.

Ta Prohm Temple conservation has brought to the fore one important aspect related to the functioning of the ASI. In Cambodia, when it comes to restoration and conservation of temples, the ASI has been guided by the mantra of “minimal intervention.” By this it does not mean that they have not done anything; instead, they have attempted to maintain the sanctity and integrity of the sites as it is.

During Cambodian Prime Minister Hun Sen’s visit to India in 2018, Prime Minister Narendra Modi increased India’s assistance to Cambodia’s quick impact projects under the Mekong-Ganga Co-operation from five to ten. In addition, as we look to the future, India must begin quantifying its public diplomacy and soft power efforts in the neighborhood as well as in Southeast Asia. To handle critics and their cutting edge research and technology, India must up its game by involving subject matter experts and researchers who will connect India’s civilizational connection with such monuments. It is only then we can firmly establish and convert tangible gains with respect to conservation as our soft power asset. Historic civilizational confluence must meet modernity.