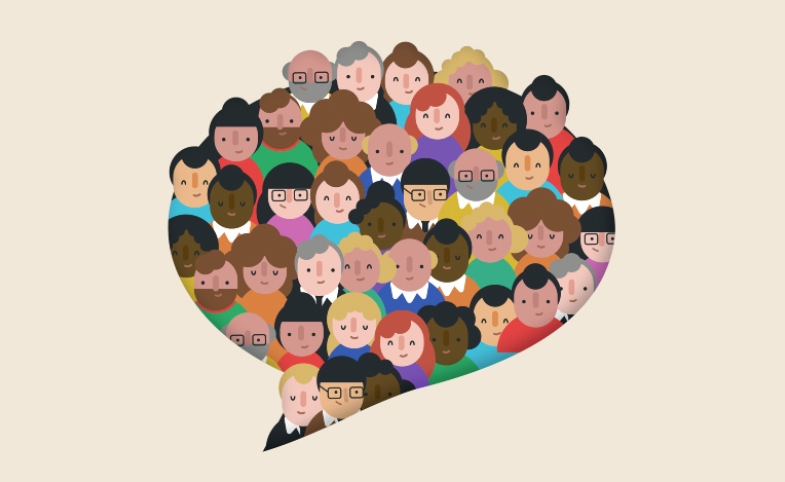 Against the backdrop of COVID-19, with choked supply chains and the return of wars and deadly border attacks, the urgent need for countries and cities to come together and work cohesively toward resolving grand challenges is now more than ever. The pertinent question for the political leadership is, does the 21st century have any space left for non-coercive statecraft?

Increasingly, countries are moving beyond the traditional realms of diplomacy. They are engaging with non-state dynamic actors who have permeated influence and made themselves salient despite borders. Non-state actors are also among the world’s most notorious, depending on the region and country. Among scholars of diplomacy, the belief is that non-state actors form a very important aspect of the multi-centric world that is a part of the “two worlds of world politics,” with state-centric being the other.

Here is where I ask if values, religions and the networks of civil society can play a contributive role toward countries working collaboratively, by enabling non-state and state actors alike with a mission of uniting the world with its populace and not dividing it.

“A man who stands for nothing will fall for anything.” This quote by African American civil rights activist Malcom X has always had a profound impact on me as a professional and practitioner. Values are such that you need to consistently inculcate, imbibe and stand for them.

Governments need to effectively communicate what values they stand for.

With public diplomacy also steadily undergoing change, reinvention and cries for multiple methods of evaluation, practitioners, policymakers and scholars may pause for a moment and ask themselves: How important are values in the scheme of things? Do they have any space at all with technology virtually invading every aspect of our lives?

Values20 (V20), a global community dedicated to imbuing values into the center of it all, is one such platform. It comprises value-based experts and practitioners. At its core, V20’s mission is to facilitate an open-minded exploration of practical values—not embark on a scholarly classification of philosophical concepts. V20, they say, is configured to listen rather than lecture. That’s why they are putting “people” into the phrase “people-centered policymaking.”

Scholars like Nicholas J. Cull have made it clear that “listening” is one of the integral components of public diplomacy.

At the heart of public diplomacy are the “people.” In addition to policies and culture, governments need to effectively communicate what values they stand for, as it is then for the people to discern. It would be interesting to see what sort of infrastructure governments come up with to hone values as part of their arsenal, in addition to military and other coercive powers.

Difficult to measure and quantify, values are a determinant aspect of soft power, a subset of public diplomacy. In today’s fractured and hugely polarized world, values, and positive ones at that, are a catalyst for attractiveness, be it for cities or countries.

Next, does religion have a role?

Public diplomacy practitioners may opine that it is best to keep religion at a safe distance and not to intermingle it with diplomatic and policy aspects. If you look at history carefully, U.S. public diplomacy and broadcasting has featured religious programming for decades. The linkage between religion and diplomacy dates to the American founding. In one of his addresses, U.S. President George Washington told the nation that “religion and morality” demand that the United States pursue peace and harmony with all nations and warned against too much favoritism or antipathy toward any nation or group. In the past, the U.S. has also gone on to convince several Muslim leaders to find common ground in their fight against communism.

In Asia, too, along the lines of G20, is the Religion 20 initiative, known as R20, in which two Muslim organizations, the Nahdlatul Ulama of Indonesia and the Muslim World League of Saudi Arabia, are taking efforts to bring together religious leaders from across the globe. The initiative has an endorsement from the Indonesian government. The forum seeks to be a platform for both Eastern and Western minds with an overarching focus on enabling harmony and co-existence. Previously, the G20 Interfaith Forum was founded to bring together religious leaders to advance understanding and values. The Interfaith Forum is slated to meet in December 2022 in the United Arab Emirates and subsequently in India, Brazil and South Africa, the hosts of forthcoming G20 summits.

Next is the Civil-20 initiative, known as C20. At the heart of C20 is a network of civil society organizations, primarily aimed at catalyzing people’s voices to global leaders. India’s spiritual leader Mata Amritanandamayi has been appointed the head of the C20 initiative for this year. In her first address, virtually, Amma, as she is popularly known, underscored the priority areas of this engagement group. She said, “Hunger, conflict, extinction of species, and environmental destruction are the most important issues facing the world today. We should put in sincere effort to develop solutions.” During the waves of the COVID-19 pandemic, people across the world unleashed their civic spirit, which steadily enabled cities and countries to bounce back from the aftermath.

The interconnectedness of values and religions with civil society is evidently discernible in today’s times, and that is why these initiatives bear resonance. However, leaders, observers and analysts will be keen to understand what sort of outcomes emerge from these platforms. What is important, however, will be to inspire the current and future generations to run toward the grand challenges that confront us and not away from them, as Simon Anholt, the founder of the Good Country Index once said to me in a personal conversation.

Today, it is estimated that G20 accounts for about 80 percent of gross world product, 59 to 77 percent of international trade, two-thirds of the world's population and roughly half of its land area. With values, religions, and civic society dialogue and networks getting the high table for G20 in Indonesia this year and India next year, the wheels of change in public diplomacy are evidently discernible. Agreed, they may just be engagement platforms, but be it values, religions or civil society, they all have a different and unique story to tell in the broader goals of cohesion, diversity, equity, poverty elimination, climate justice, urban resilience and much more.

Through this, countries will also be able to shape their policies to be more inclusive and listen to voices that matter. Indeed, time will tell how leaders and governments will utilize these platforms to engage their domestic populace while communicating with foreign publics. In conclusion, the concerned actors must also ensure that their views must not be imposed but only facilitate transnational flow of ideas to come to symbolize what can be understood as ‘good public diplomacy.’

The Diplomatic Elite, the People at Home and Democratic Renewal

Note from the CPD Blog Manager: An earlier version of this piece was originally published November 1, 2022 by The Hague Journal of Diplomacy's blog here.  ‘Foreign policy’ may seem to the general...

At a time when many don’t agree with federal foreign policy direction, local governments at the state and city levels seem to successfully position themselves as influential actors in international affairs. Climate change...