Home|Contribution of Indian Thought: The Culture of Inclusivity 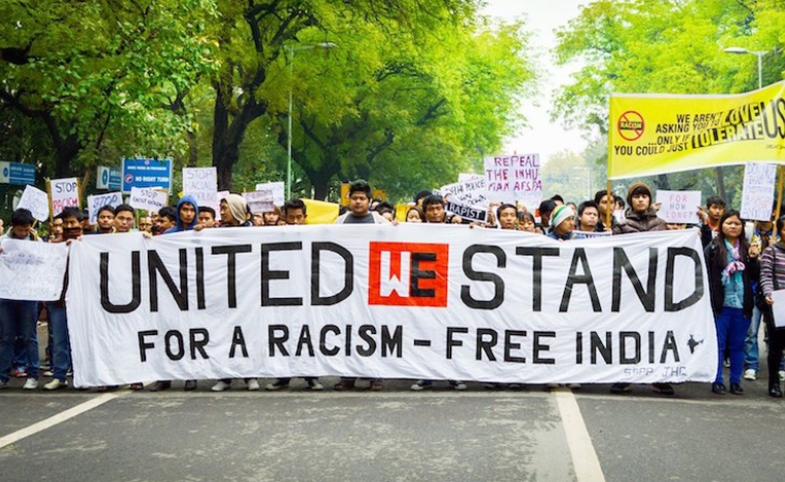 In the recent past, the buzzword has been "cultural competence." Educationists and experts have reiterated the need to possess and imbibe the skill of cultural competence for a cohesive society. Cultural competence is technically defined as the ability to communicate with and understand people of different cultures. And as a rule of thumb to honing this, experts also state that it eventually comes down to understanding one's own values and culture first. This effectively means looking at the world as one, working together as one. True to this, traversing centuries, India has been witness to spiritual teachers who have, time and again, reaffirmed how true education lies in looking at all as one and working together as one.

More often than not, when we look at a response or action, our first impression is that it is an indication of family values, and we immediately infer from it that it is due to the person's cultural background. Along with upbringing and family values, the word "culture" emanates predominantly in day-to-day interactions. "That is their culture," it is said. When you think of the single word "culture," questions that come to mind include: What defines culture? What are its contours? How can it be measured?

In the Indian context, the one explanation for understanding culture is the contribution of Indian thought to the culture of "inclusivity." That is why when Swami Vivekananda visited and spoke at the World Parliament of Religions in Chicago in 1893, he received admiration and adulation for simply referring to everyone present as his own sisters and brothers. Former UNESCO Secretary General Irina Bokova, while inaugurating the statue of India’s revolutionary philosopher, Aurobindo Ghose, at the premises of UNESCO also elucidated the importance of Indian thought leaders vis-a-vis a just society. In her words she said, “Sri Aurobindo embodied the conviction that the ethical and spiritual dimension—the quest for self-knowledge—offered the most fertile ground for creating more peaceful, just and harmonious societies.”

India is a civilizational state, with a history of 5,000 years or more, and counting. India’s rich civilizational culture has enabled civic sense, cleanliness, urbanization, agriculture and water conservation, to name a few. From the Sarasvati civilization to the Harappa and Mohenjadaro civilizations, India has always wished to reach out to the world. In fact, Michel Danino’s book, The Lost River: On the Trail of the Sarasvati also details how Mohenjadaro could have been the world’s largest city.

Despite all of this, I have always wondered about the one common thread that has united us all up to this very day, cutting across various civilizations. I believe that it is the philosophy of "or and also," that there is not any one singular way or truth to reach your fullest potential; there are multiple means and methods to do so.

Traversing centuries, India has been witness to spiritual teachers who have, time and again, reaffirmed how true education lies in looking at all as one and working together as one.

Mahatma Gandhi emphasized this philosophy of "or and also" when he wrote about the modus operandi of everyday prayers in the Sabarmati Ashram. In his words, “At the morning prayer, we first recite the shlokas (verses) printed in Ashram Bhajanavali (hymnal), and then sing one bhajan (hymn) followed by Ramadhun (repetition of the Gita). There is a history attached to almost every shloka and every selected bhajan. The Bhajanavali contains, among others, bhajans from Muslim Sufis and fakirs, from Guru Nanak, and from the Christian hymnary. Every religion seems to have found a natural setting in the prayer book. In the evening we have recitation of the last 19 verses of the second chapter of the Gita, one bhajan and Ramadhun and then read a portion of a sacred book.”

On one occasion when Gandhi was asked by a media reporter as to which of the sacred texts he liked the most among all that he chanted in the ashram, we share that Gandhi took a moment and replied, “I have a mother, you have a mother, and everyone else has a mother. I love my mother the most but in knowing how I love my mother the most, I can fathom how you love your mother the most also.” This one answer from Mahatma Gandhi symbolizes how one can instantly learn religious diversity and tolerance in Indian culture. No other civilization has affirmed this universal, inclusive and timeless essence.

Swami Vivekananda always reiterated that there are a variety of texts, philosophies and ways that India has to offer. While the uniqueness of Indian thought is that the means may be different, the destination is one. In his lifetime, he never mentioned that the one he followed was the "only" way, so much so he reiterated that even playing football can get you closer to realizing your full potential.

India’s performing arts icon and third-highest civilian awardee, Padma Bhushan Rukmini Devi Arundale, founder of the famous Kalakshetra Foundation in Chennai, has alluded to the culture of Indian performing arts as the epitome of oneness. In her words, "when your feelings and movements are one, your expression is one." In her career, she never saw spirituality and performing arts as two different facets; she saw them as one. With this motto in mind, she was instrumental in taking Bharatanatyam to the world.

The importance of the Indian philosophy of connecting with oneself through a variety of traditions, such as yoga, is also discernible in the world outside India. The most prominent example of that being the famous yoga program initiated by Gopi Kallayil for Googlers, called the "Yoglers." In addition to the weekly 250 classes that take place globally in all of Google’s offices, Kallayil has also initiated retreats for the employees of Google to get a taste of other dimensions of yoga—not just asanas (postures) practice or physical exercises. Efforts are on to bring yoga to every Google office.

Be it yoga, performing arts or spirituality, the sense of the "other," whoever or whatever it may be, ceases to exist in Indian cultural comprehension. History has been witness to this, and there have been several relevant contemporary examples, too. This is one of the primary reasons why India has always fascinated and intrigued people, and also left them with a sense of awe, inspiring countless thinkers from the West to an expansion of vision. For there is just one single search for all, and that is true and lasting happiness, which is not conditioned by anything.

This is why the mystic weaver and saint Kabir Das rightly said, "Where are you searching for me? I am within you."