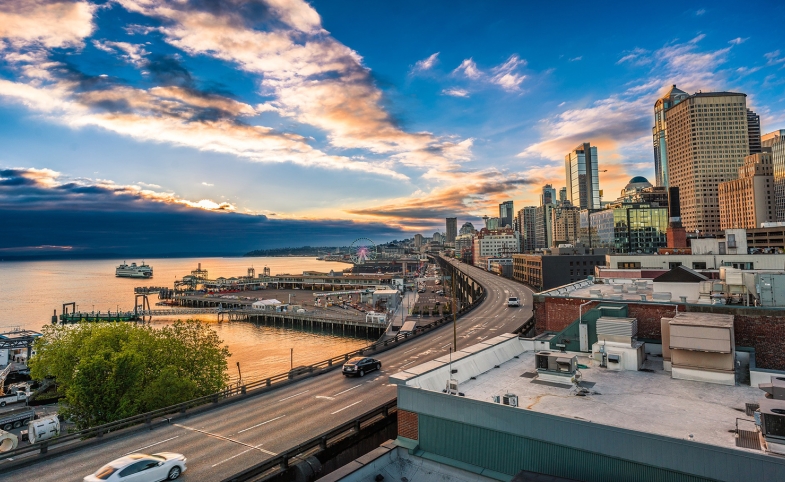 At a time when many don’t agree with federal foreign policy direction, local governments at the state and city levels seem to successfully position themselves as influential actors in international affairs.

Climate change, immigration and countering violent extremism are just a few tangible areas that exhibit the global footprint of cities.

The gridlock in Washington, D.C. is disheartening, but action-oriented pragmatic mayors who are not as constrained by party politics, have become a beacon of hope. Cities are not signing international treaties, nor do they have embassies around the world (yet). However, cities can engage in all kinds of negotiations, reach agreements and influence world politics, one step at a time.

Even though membership of C40—similar to the G20 summit—has been primarily based on economic advancement, the mission, combating climate change, is not purely related to financial and economic issues.

It can be argued that G20’s political clout and ability to influence international policy goes beyond regulating the global financial market. The C40 network which consists of “city practitioners and mayors around the world” can potentially have an even bigger political clout and ability to influence international policy beyond climate action. C40 cities might begin with implementing policies at the local level, but with a global vision and network, their agenda is much more likely to be adopted internationally, one city at a time.

We need to understand international affairs in the current context, and with an eye on the rise of unconventional actors winning hearts and minds, punching above their weight, and influencing foreign policy in ways that were previously unfathomable.

It is perhaps inevitable that our national hard power is exerted and controlled by Washington, but our soft power assets, for better or worse, go beyond the U.S. Department of State’s initiatives.

In our globalized, hyper-connected world, more unconventional actors are entering the arena of global politics and diplomacy. The system is becoming less hierarchical and more inclusive of networks of non-state and sub-state actors. While it is true that the primary driver for city diplomacy has been trade, additional objectives seem to have been added to the list: the security of residents and businesses of any city as well as the influence they hope to have on international politics, especially when their priorities are different than those of their fellow country(wo)men.

When the U.S. was acing public diplomacy through United States Information Agency (USIA) during the Cold War, there was a great appreciation for the roles cities played in winning the hearts and minds of people around the world. The sister cities initiative is a well-known example. After the fall of the Soviet Union, the program became less of a priority for many. But, in the face of rising nationalist and populist movements, it seems like such programs might make a comeback to prioritize the global interests of the local population, when the federal government fails to do so. This time, the primary objective of city diplomacy might not be set by the national government.

Considering the effects of globalization as well as advancements in communication and transportation technologies, cities’ new and improved global role is one to watch closely.

Traditional theories and practices in international relations are not enough to explain what is happening around us today. We need to understand international affairs in the current context, and with an eye on the rise of unconventional actors winning hearts and minds, punching above their weight, and influencing foreign policy in ways that were previously unfathomable.

How is the field of international relations theory and practice evolving to account for a more polylateral international system? What are the implications for national security? For foreign policy? What frameworks can we use to assess and debate what happens when federal foreign policies are not aligned with local policy interests? What historical lessons are to be learned from a time when the notion of ‘country’ did not exist, and when cities ruled the world?

Photo by InfiniteThought via Pixabay | CC0

At an early point in Shakespeare’s Hamlet, as the melancholy prince leaves the stage with the ghost of his dead father, a guard remarks: “Something’s rotten in the state of Denmark.” Today, as the princes of our time embrace...

Enhancing the International Roles of Cities, Mayors & Their Brands

Note from the CPD Blog Manager: This post is adapted from the authors’ full article to be published in that is published in City Diplomacy: Current Trends and Future Prospects, edited by Efe Sevin & CPD Research...