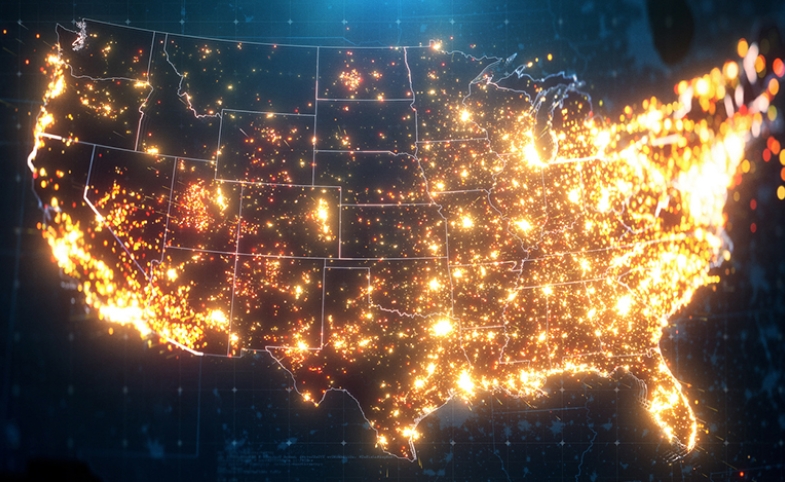 Note from the CPD Blog Manager: This piece is based on the author’s article, “Understanding the Dynamics between U.S. City Diplomacy and Public Diplomacy,” published in the Summer 2022 edition of the Journal of Public Diplomacy.

What is the relationship between city diplomacy and public diplomacy in the United States? While this question is often raised among scholars and practitioners of public diplomacy, a concrete and systematic response to it seems difficult to locate.

In a recent paper published by the Journal of Public Diplomacy (JPD), I address the question by relying on earlier research hinged on design principles. Using multidimensional scaling and correspondence analysis, I first visualize the convergence and divergence between the functions of public diplomacy and city diplomacy in the United States and second, uncover the policy intervention space that could guide policies for making U.S. city diplomacy and public diplomacy more strategically aligned.

The “City Diplomacy-Public Diplomacy Diagram” introduced in the paper (below) is uniquely designed to assess public policies associated with the integration of local governments into the broader system of U.S. diplomacy through public diplomacy. Because of the design principles applied, the visualization itself becomes an analytical tool to verify consistency and relevance. Additionally, visualization that shows the current scope of city diplomacy, as practiced by U.S. cities and compared to the expectations of the U.S. Department of State at the national level, allows policymakers to quickly, yet comprehensively, examine the system and identify policy intervention spaces thanks to visual cues such as pattern, color and balance. Overall, the combination of the approaches facilitates new ways of analyzing the relationships between system elements, a methodological approach that I have developed in recent years. This approach helps create a shared vocabulary with which to pursue future research and policy analysis. 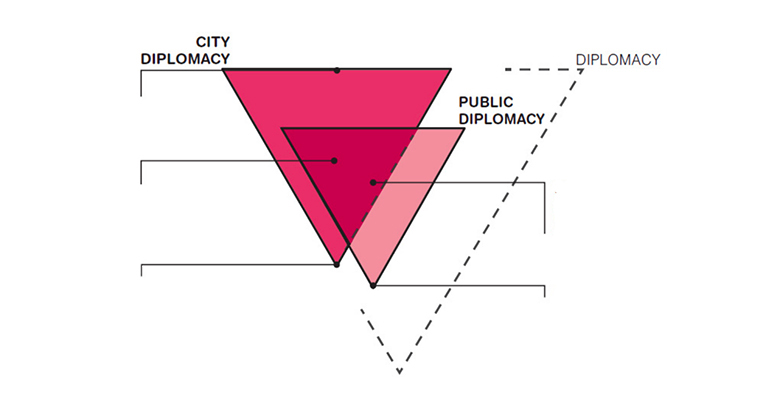 A sketch of the City Diplomacy-Public Diplomacy Diagram​

If cities are to promote and promulgate U.S. foreign policies as they host international exchanges, it is only reasonable that through a closed feedback loop, they can inform the policies as well: the policies that they must represent.

Given that cities’ international engagement is closely tied to the country’s national security goals and overarching foreign policies set by the federal government, federal policies need to catch up with the practice to ensure that the definition, scope and structure designed for this practice is such that it enhances U.S. diplomatic and foreign policy objectives by being more inclusive of sub-national actors.

A city must decide on how it spends its resources and staff time on the tasks it delivers. So, providing more resources to a city office in charge of city diplomacy can certainly improve efficiency, synergy and effectiveness. Additionally, better use of data systematically in collaboration with the Department of State could be one way to create such efficiency. Further, as the JPD paper suggests, the shared challenges between the Department of State and city offices of international affairs are rooted in lack of public appreciation for noncoercive statecraft and international relationship-building. U.S. cities with international offices have identified the need to engage their constituents in city diplomacy initiatives to increase their appreciation and support for the international affairs work that the city does. Department of State officials also emphasize the need to elevate knowledge of and appreciation for diplomacy among American citizens.

This convergence of interest and shared need for a policy solution is a significant opportunity for policy development. The City Diplomacy-Public Diplomacy Diagram, which compares the key functions of each practice, draws attention to potential crossover opportunities that may have been overlooked, such as enhanced coordination with regards to international broadcasting or aid, collaboration and cooperation.

Ultimately, the diagram that I introduce in the JPD paper can inform future studies and the scope of the practices for city diplomacy and for public diplomacy.