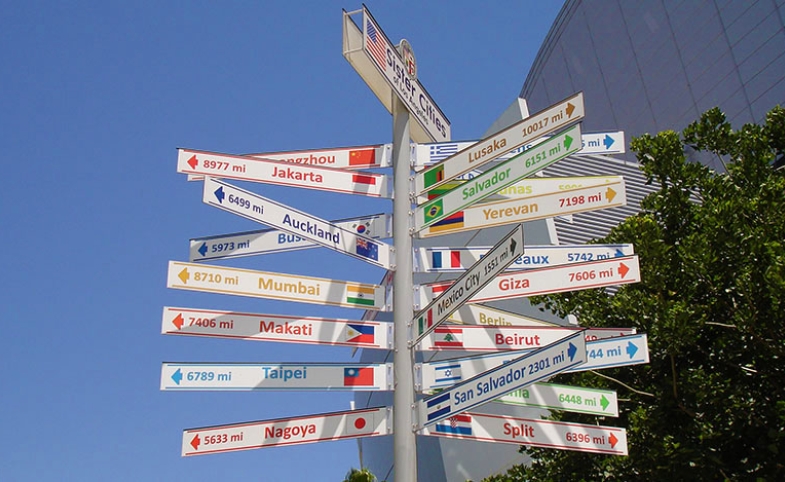 Mr. Mayor, we see you. We honor you. We know today you are doing all you can to protect your city, to protect your people, and we know this sister city relationship is last on your mind. But, Mr. Mayor, know that the city of Los Angeles is here for you.

The devastating progression of war in Ukraine and the televised suffering of the Ukrainian people have caused many around the world to want to help. In Los Angeles, Councilman Buscaino has expressed, “Even as local leaders, we want … to make a positive difference in this critical moment in world affairs.'' The Los Angeles City Council voted to adopt the Ukrainian capital of Kyiv as a Los Angeles sister city, citing that this would allow L.A. to provide goods and services to Kyiv as it sent “surplus Los Angeles Fire Department engines and street services vehicles to its sister city Beirut, Lebanon after the Aug. 4, 2020 explosion at its port.”

The attacks on highly populated areas of Ukraine, such as in Kyiv, have caused civilians to seek refuge in subway stations and live in shortage of electricity, water or other basic needs. Note that the COVID-19 pandemic is still taking lives while only about a third of the population in Ukraine is vaccinated. Given the country’s already strained healthcare services, accessing treatment will be increasingly difficult. But the pandemic is only one of the public health challenges that Kyiv is dealing with. HIV, TB and other infections remain critical health concerns. Such a widespread humanitarian crisis requires a widespread and systematic aid. City administrations, because of their access to knowledge, expertise, best practices, citizen financial donations, and their local and international networks are best poised to lend an effective and efficient helping hand.

For example, other than direct donations and provision of medical equipment, citizen-run entities in Los Angeles can more easily collaborate with their counterparts in Kyiv if the sister city tie is officially recognized. Many Angelenos are eager to help. Their city, the government entity that most closely represents them, could use its international ties to further help its citizens help their fellow citizens of another city. This is how a city advances the global interests of the local constituents.

City administrations, because of their access to knowledge, expertise, best practices, citizen financial donations, and their local and international networks are best poised to lend an effective and efficient helping hand.

Realizing the power and influence that cities can generate, the U.S. Department of State in 1956 embraced the Sister Cities International Program. That year, President Eisenhower held a White House Conference on Citizen Diplomacy, which formed the capstone of the People-To-People program and established the key role that cities play for American diplomacy. At the conference, Eisenhower noted:

Two deeply-held convictions unite us in common purpose. First, is our belief in effective and responsive local government as a principal bulwark of freedom. Second, is our faith in the great promise of people-to-people and sister city affiliations in helping build the solid structure of world peace. (Eisenhower, 1956.)

From traditional sister city ties to recent issue-specific collaboration networks, cities are generally adept at partnerships, with both local and global as well as public and private entities.

But while sister city ties seem to be a significant aspect of noncoercive statecraft, the priority of this function varies significantly by city. Some city administrations do not have the time or staff to dedicate to tasks such as the management of sister cities programs, even though they support all such efforts or view this to be a program of 'the forgone era.' Perhaps, it may be best for these programs to be citizen-initiated and completely citizen-run with some level of support from the city. But even cities that outsource the management of their sister city programs seem to show a newfound respect for such programs. An example of this is Los Angeles and its move to become a sister city of Kyiv.

A sister city relationship can on one hand facilitate people-to-people exchanges and aid, and on the other it ensures a two-way exchange of information. This is crucial in the face of growing disinformation.

It is noteworthy that the idea of sister cities was fully developed during the Cold War to deescalate tensions between the Soviet Union and the West. More than half a century later, perhaps sister-to-sister ties need to be embraced again in the interest of peace and stability as well as the safety and wellbeing of the people in affected regions. Rather than getting rid of this program, perhaps it can be reimagined and further systematized such that it serves the cities and citizens that are involved through strengthened dialogue and collaboration as opposed to boycotts and sanctions.