Home|Cities Will Determine the Future of Diplomacy 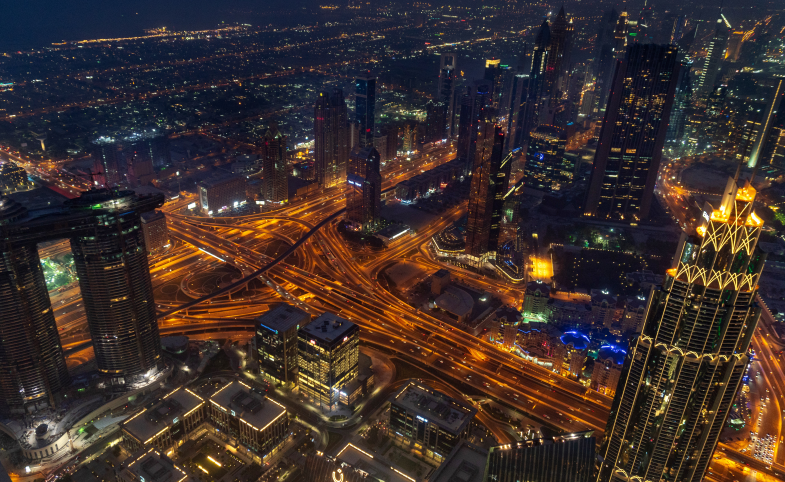 Note from the CPD Blog Manager: This article was originally published by Foreign Policy here and is re-posted with permission. Learn about CPD's latest research on city diplomacy here.

By 2050, two-thirds of the world’s population will live in cities, the United Nations projects. Urban centers already have an outsize economic impact, generating over 70 percent of the world’s GDP. Statistics like these, and the hope in some quarters that cities will step into the void the U.S. administration under President Donald Trump has created by exiting international commitments and disparaging traditional allies, have ushered in an age of city diplomacy, in the United States and around the globe.

The world’s toughest problems—climate change, refugee resettlement, income inequality—often concentrate in cities, and the most promising and creative solutions are emerging from their inclusive politics and burgeoning innovation ecosystems. Increasingly, U.S. cities are conducting their own international relations and, in the process, learning what city diplomacy is best equipped to do and what falls beyond their legal, technical, or political purview.

Foreign-policy makers used to operating at a national level may be surprised at the degree to which cities are global actors in their own right. Under former President Barack Obama, I served as the U.S. ambassador to the Association of Southeast Asian Nations, and I am currently the first deputy mayor for international affairs for Los Angeles. I’ve found in my transition to municipal government that I still interact with diplomats all the time, negotiate the texts of agreements, and attend meetings between heads of state and my principal. The difference is the immediacy of the results, which is gratifying, and the aim to deliver to the people in just a single metropolis. There is freedom in that focus: We can have a productive relationship with foreign counterparts even when tensions arise at the national level, and we can engage all kinds of local partners, such as diaspora communities, businesses, nonprofits, and artists, to help us execute our initiatives. That being said, an urban scope is narrower and resources far fewer.

City diplomacy must, first and foremost, serve the core purpose and objective of local government: to improve the lives of residents. For example, at the Los Angeles Mayor’s Office of International Affairs, which Mayor Eric Garcetti established in September 2017—and whose staff have served stints at the Departments of State, Commerce, and Defense; the Office of the U.S. Trade Representative; the East Wing of the White House; and the National Security Council—we work with consulates, trade offices, and other institutions from more than 100 countries (and some foreign cities and provinces) to bring economic, cultural, and educational opportunities to Los Angeles. International direct investment has helped expand LA businesses and create local hiring—and tourism, a growing segment of which is international, generates over a half million jobs a year in Los Angeles County. Tens of thousands of foreign students attend colleges and universities in the city, and foreign companies employ more than 200,000 workers throughout LA.

Perhaps the most important way in which cities operate internationally is when they use their collective power and will to tackle a serious global challenge.

Diplomacy also helps power the city’s cultural engines. Government-owned institutions such as Japan House and Germany’s Thomas Mann House bring culture and learning to Los Angeles, not to mention the multitude of events and exhibits that consulates host or enable. The city’s winning bid to host the Olympic and Paralympic Games in summer 2028 was the result of an intense diplomatic contest, and LA residents are already benefiting from the upfront investments by the International Olympic Committee in youth sports. And the mayor has started a program to send largely first-generation American community college students from underserved communities abroad, almost always for the first time, expanding their horizons. Two of the students who went to Egypt last summer had never before had a passport or been on an airplane.

Perhaps the most important way in which cities operate internationally is when they use their collective power and will to tackle a serious global challenge. Nothing illustrates this better than climate change. Seventy percent of worldwide carbon emissions comes from urban centers, and cities have at their command powerful levers to reduce these emissions—establishing rules for building efficiencies, providing public transportation, setting targets for renewable energy, and influencing the design of the urban landscape.

When Trump announced his intention to withdraw the United States from the Paris climate accord last spring, Garcetti pledged to stay in, and now more than 400 Climate Mayors have joined him, representing over 70 million Americans. LA reduced its carbon emissions by 11 percent in 2016, and the city is on track to become carbon-neutral by 2050. With input from private sector partners, LA started a consortium so U.S. cities could pool their buying power for electric buses and other vehicles in city fleets to drive down prices and signal strong demand for zero-emissions vehicles.

Internationally, the C40 network brings megacities together to learn practical lessons from one another on what climate interventions have worked, but also to leverage peer pressure to incentivize bolder, faster steps.

Many other city networks seek similar impacts. The organization 100 Resilient Cities encourages cities to share information and experiences preparing for natural and human-made disasters. The Strong City Network does similar work around addressing extremism and social inclusion. This past year, a new urban migration network launched in Morocco to address goals in the U.N.’s global compacts on migration and refugees. As mayors are perhaps the most results-driven politicians there are—and not immune to healthy competition—these networks can help boost local outcomes by sharing and highlighting individual city accomplishments.

City diplomacy has less tangible effects as well. Many of the programs and interactions discussed above are reported by Los Angeles-based diplomats back through their foreign ministries, thus deepening the bonds of our international relations as Washington uproots them.

The Conversation on U.S. City Diplomacy

Did you join us for the 2nd LA Summit on City Diplomacy? Here's a peek at conversation highlights from the public forum that brought together leading voices in the dynamic, rapidly evolving field of city diplomacy....

A Summer with the LA Mayor's Office of International Affairs

In 2016, I decided to embark on a life-altering journey into the unknown. I moved to Rome to spend my freshman year attending John Cabot University. Not only did I return with lifelong friends, plenty of stamps on my...

On April 12, CPD in partnership with the Los Angeles Mayor’s Office of International Affairs convened a panel to explore growing opportunities and emerging challenges in city diplomacy. Read more about the event here....