Home|Beyond the Rot: Cities & the Future of Public Diplomacy 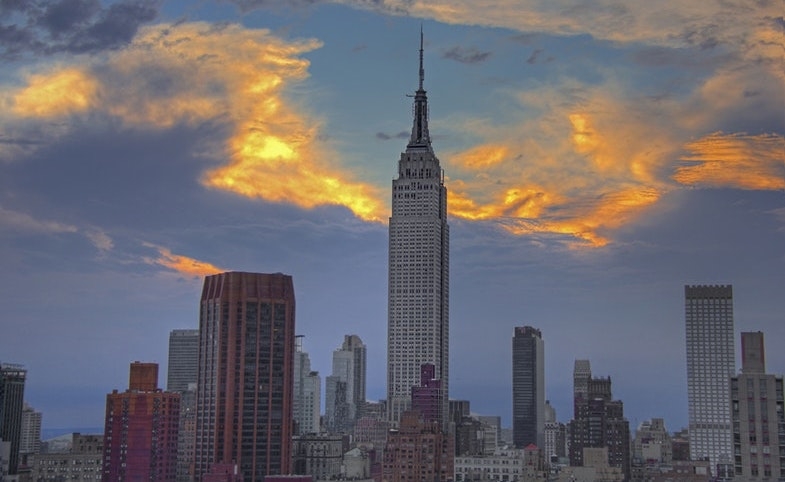 At an early point in Shakespeare’s Hamlet, as the melancholy prince leaves the stage with the ghost of his dead father, a guard remarks: “Something’s rotten in the state of Denmark.” Today, as the princes of our time embrace the ghosts of their respective nations’ past and play to the basest tastes of their home crowds with pledges to exit alliances, build walls, and make countries great again, it seems that something is rotten in many states. Arguably the very idea of the nation state as a building block of an international system is rotten too. The world no longer faces state-sized problems but rather what Kofi Annan memorably termed “problems without passports”: extremist terrorism, mass migrations, epidemic disease, climate change, widening inequality and more. This is no time for the world to look inwards, but the phenomena of global problems and an abundance of limited national solutions are plainly related. As global problems mount, it is only to be expected that familiar ways of thinking and organizing would increase in their appeal, even if those ways of thinking are wholly inadequate to the tasks at hand. It is also predictable that the rhetoric of the era would revert to the lowest common denominators of the past, as leaders seek to maintain the coherence of polities designed for the age of steam trains and newsprint in an era of global digital networks. Yet even as the nation states flounder in division and a scramble to political extremes, it is possible to see the emergence of a hopeful politics based on coherent building blocks: the politics of the global city.

It is notable how some of the worst cases of division and counter-productive, stalled national politics – Trump’s “America First”, Brexit Britain – are also home to some of the most encouraging examples of coherence in city politics. Just weeks before the Brexit vote, citizens of London elected Sadiq Khan to the office of Mayor. Khan was not only the first Muslim to become Mayor of a major Western European capital, but he also ran with a message which emphasized global interconnection and won a resounding mandate with more than 50% of the second round votes. Similarly, in Los Angeles in March 2017, Democratic Mayor Eric Garcetti, another committed globalist, was reelected as Mayor with over 80% of the votes cast. Such mandates are unheard of in free elections at a national level but are not uncommon for Mayors. Consider Bill de Blasio’s 72% share of the vote in New York in 2013 or the close-to 55% second round tally for the Socialist Anne Hidalgo in Paris in 2014. These are not the skin-of-the-teeth margins between polar opposites that have crippled so many nation states. This is a confident politics in which the people and their government are in step and their leader has a mandate to act. Even in a troubled polity like Ukraine where trust in politicians, jurists or any other leader is often in single-digit figures, civic leaders are able to rally a unique level of respect. Something is growing, or perhaps as the redundant elements of twentieth century life crumble away, something endures: an underlying civic sensibility.

Cities are the primary building block of organized human existence. The concept of civilization – as its etymology suggests – rests on the phenomenon of the city and its distinctiveness from life lived beyond its walls. There has always been a powerful identification between a city and an individual inhabitant. It is the oldest bond in organized politics and hence appropriate that the term “citizen” should have been shared with the larger scale polities as they have emerged. It is noticeable how city-level identities are much more accessible to new-comers than the national identities which emerged in the nineteenth century. I saw it in person as a young lecturer in Birmingham in the 1990s where my British-born students of color felt wholly at home with the identity of a “Brummie” but generally alienated from the more ethnically specific English or British identity. My own experience as a migrant in Los Angeles since 2005 has played out similarly. The Angeleno identity was available within a matter of weeks, while other levels of identification are more complicated: harder-won and much more laden with baggage and requirements to renounce former attachments and be just one thing. Even as the human imagination reaches out to new worlds, the power of the city is clear. As Homer and Virgil imagined their travelers encountering difference expressed in the form of cities, so their successors in our own time: George Lucas or the writers who contribute to the likes of Doctor Who or Star Trek seem always to gravitate towards the single city on each planet as a point of contact and as the expression of an alien culture, as if a vision of a cosmos which scaled up the kind of planetary-level diversity found on earth would be too indigestible. Humans seem hardwired to think in terms of cities, and given a chance, their imaginations settle back to the civic level.

One can hate French imperialism and love Paris. No one tells their children how Manchester hanged their great grandfather at the cross-roads in Killarney or how Chicago dropped napalm on their cousin’s village, even if in some way they did.

What does this mean for the world of international relations, public diplomacy and soft power? First, it opens an opportunity for a new kind of city-to-city politics. As the late political theorist Benjamin Barber argued in his path-breaking book If Mayors Ruled the World, the emergence of cities with a political will and a popular mandate to accomplish what their divided national governments could not, opened new pathways to addressing some of the toughest issues of our age. Cities have agreed on emissions caps when national governments have balked. To build on this, Barber founded a Global Parliament of Mayors to provide an annual opportunity for mayors who understood their interdependence to connect and discuss shared problems. Its next “annual convening” will take place in Stavanger, Norway in September 2017.

Second, it suggests that there is scope for government-to-city work. The national government, which is able to work at the city level, will likely find credible and willing partners. An excellent example of this is the Strong Cities Network sponsored by the U.S. Department of State, which connects cities around the world to better respond to the challenge of violent extremism, and to share experience, information, and best practices.

Third, cities have the potential to address the world. As nations look to engage international opinion, it makes sense to empower their own cities to speak for them. Most of the negative stories and stereotypes in international affairs operate at the national level. One can hate French imperialism and love Paris. No one tells their children how Manchester hanged their great grandfather at the cross-roads in Killarney or how Chicago dropped napalm on their cousin’s village, even if in some way they did. While cities clearly have power as the nodal points of our financial and informational networks, it is not the kind of power that intimidates. Hence, Shanghai is more attractive than the undifferentiated mass of China, Istanbul is more attractive than Turkey and Israel can speak of Tel Aviv in all its artistic, start-up, diverse, LGBT-friendly glory and defy the expectations of those who only expect to hear about tradition, complaint and conflict.

Finally, where strong and globally engaged cities do not yet exist, it makes sense for international actors to seek to develop them. By taking a hand in developing civic-level politics, international actors can counterbalance the one-size-fits-all agendas being peddled by the new nationalists with a politics and a media that meets the needs of the country. Consider for example the city of Narva in Estonia, identified by some pundits as a potential flash-point for another Ukraine-style separatist conflict with Russia. Its citizens – disproportionately of Russian-language and origin – are alienated from a post-Communist/post-colonial national politics which asserts an ethnically focused Estonian identity as the benchmark for citizenship. Meanwhile, the Kremlin-media to which Narva’s citizens turn for their news and entertainment, offers them a centrally brewed draft of Russian exceptionalism fortified with a shot of a victim narrative and twist of disinformation. The most valuable thing western public diplomacy could do for Narva, is not play into the Manichaean conceits of the Kremlin by trashing Putin, demonizing Russian-ness or attempting to convey an idealized picture of our way of life, but rather to build up local media to tell stories relevant to the locality. This reinforces, instead, an identity which is already present and gives the people of Narva the platform they need to be simultaneously Russian, Estonian, European and part of the 21st century.

In a world where progress on the most important issues seems to be grinding to a halt or even slipping backwards, cities and connections between cities offer a way forward not only for their own populations, but for the wider world. Below the level of nation state dysfunction and rot, cities are alive and well, standing as the green shoots of a better, stronger future.

Photo by Onur Kurtic I CC0