Home|The Diplomatic Elite, the People at Home and Democratic Renewal 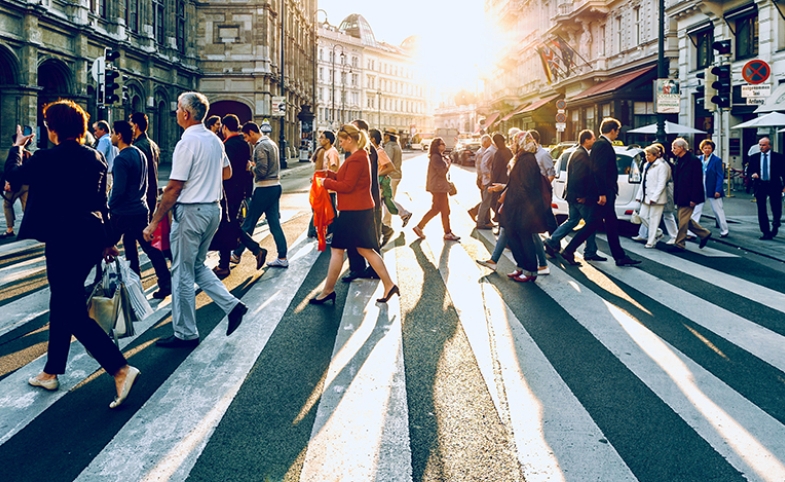 The Diplomatic Elite, the People at Home and Democratic Renewal

Note from the CPD Blog Manager: An earlier version of this piece was originally published November 1, 2022 by The Hague Journal of Diplomacy's blog here.

‘Foreign policy’ may seem to the general public to be merely an official response to problems entering the nation from across the border. Yet the political reach of diplomacy has extended, and diplomats will have to find ways to engage more with home citizens, including those who feel sidelined and unrepresented, appear unreachable, who are unpredictable in their political loyalties, outright disillusioned or defiant. In this way, diplomatic practitioners have a role to fulfil at home, in that they can contribute to democratic renewal.

Those who watch closely can already discern a trend among foreign ministries toward more dialogue with ‘ordinary people’—the smallest units of society—in their domestic environments. In recent years, some governments have shown a sense of urgency in discussing issues in international politics with their own citizens. For instance, in Germany around 2014, at the time of the Russian annexation of Crimea, the German foreign policy elite found itself ahead of public opinion in assuming “new responsibility” internationally; in South Korea in the aftermath of President Park Geun-hye’s awkward handling of the tragic ‘comfort women’ legacy in a way that deeply affected civil society in 2016–17; and in the United States after Donald Trump and his fellow populists so unimpressively left the White House and other corridors of power in 2021. The State Department has now gone as far as appointing a Special Representative for Subnational Diplomacy whose task it is to get through to American society.

State-society Relations and the Narrative on Diplomacy

Relations between the state and the people have become an integral part of the narrative on diplomacy. This is a paradigm shift and presents challenges for diplomats as well as students of diplomacy. Many diplomats have told us over the years that it suffices to channel relations with the people at home through bodies representing certain sectors of civil society, bodies that are more comfortable with state institutions, and the ways and language of governing circles.

Our fellow students of diplomacy also have a problem with the new narrative. The conventional view is that domestic governmental activity does not belong to diplomacy, and the majority of scholars see diplomacy as precisely what they have chosen to study: international relations. So, is there a conspiracy of silence between practitioners and academics? Contributors to a forum in The Hague Journal of Diplomacy explore different views on this question and propose further examination of domestic diplomatic engagement, which is anything but an oxymoron.

Foreign ministries that fail to take public dialogue and participation seriously run the risk not only of dangerous smugness but also of turning the unreachable public into a reality, giving free reign to populists and missing out on the opportunity for their diplomats to contribute to the recalibration of democracy.

Foreign policy used to be the preserve of officials with privileged knowledge and understanding of the complexities of international relations. However, the term itself has fallen somewhat out of fashion, and the corresponding reality of external relations today is less exclusive than this somewhat dated concept suggests. First, there are many non-state players with an external relations agenda of their own, including cities, provinces and companies. In recent years, domestic society has furthermore impacted on perceived certainties in foreign affairs with referenda (Brexit), the voting into power of populist governments in the United States and Europe, the heartland of democracy, an outpouring of dissatisfaction with internationalism in Western societies and massive popular protest. This explains the sense of urgency in the U.S. State Department, the German Federal Foreign Office and the Korean Ministry of Foreign Affairs.

Second, as a result of the blurring lines between the domestic and international spheres, “foreign” policy has also lost some of its distinctive edge compared with other ‘national’ fields of policymaking. In this transforming space, there is a window of opportunity for foreign service officers willing to forge new relationships.

With a little imagination, home engagement by diplomats can be seen as contributing to the revitalization of parliamentary democracy. The foreign policy elite may of course have other motives, such as employing dialogues to explain policy complexity to the general public or harvesting ideas and knowledge from society. In any case, this is an experimental space, and uninformed experimentation may come with credibility and legitimacy risks. Citizens as partners in participatory diplomacy rightly expect feedback and, as recent German experience has shown, any official hints that specific proposals emerging from such dialogue processes will go straight to the highest level are bound to create expectations.

Diplomatic practice is becoming increasingly enmeshed with society, and in its various manifestations diplomacy’s ‘societization’ is a process that has progressed steadily in the past 30 years or so. Against this backdrop it remains important to capture the essence of participatory diplomacy. The broad goals of South Korea’s experimentation with different dialogue formats—democratic improvement, investment in citizenship and the promotion of civic virtues—point in the direction of diplomacy’s potential to make a small but relevant contribution to the project of democratic innovation. Surely, democracy in the West is not experiencing its finest moment and needs any help that it can get.

Foreign ministries that fail to take public dialogue and participation seriously run the risk not only of dangerous smugness but also of turning the unreachable public into a reality, giving free reign to populists and missing out on the opportunity for their diplomats to contribute to the recalibration of democracy. Yet participatory diplomacy requires expertise, sensitive handling and deserves to set itself realistic goals.

When it comes to something as delicate as engaging the general public in the sphere of foreign affairs, there is a valid argument against jumping the gun of citizen influence. Short of direct influence on policymaking, in an era of growing societal polarization, incivility, post-truth and echo chambers, first gains can be made by recognizing the importance of practicing mutual respect—a principal of diplomatic dialogue.

Before venturing into discussions about actual people’s influence on specific policies, there is also nothing wrong with seeing citizens as spectators who actively and critically reflect on issues of public policy. Not all participants in dialogue and participation processes on international challenges can after all be co-creating actors. According to political scientist Andrea Felicetti, positive spectatorship is about citizens showing an interest in political problems and understanding them better while relating to other people: a nuanced form of political agency that can be easily overlooked.

Note from the CPD Blog Editor: This blog is based on the author’s article “Consular diplomacy’s first challenge: Communicating assistance to nationals abroad” published in the Asia & the Pacific Policy Studies (APPS)...