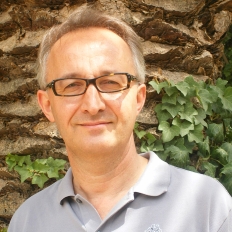 Jan Melissen is Editor-in-Chief of The Hague Journal of Diplomacy, Senior Fellow in the Institute for Security and Global Affairs, Leiden University, Campus The Hague, Professor in the Department of Political Science at the University of Antwerp (Belgium) and a CPD Faculty Fellow. During his career he held various management positions in research and training in the Netherlands, the UK and Belgium. His five books on public diplomacy include Debating Public Diplomacy, The New Public Diplomacy, European Public Diplomacy, Understanding Public Diplomacy in East Asia, and Public Diplomacy and Soft Power in East Asia. He also contributed on public diplomacy to a handbook and textbook on diplomacy by Oxford University Press, and he has conducted commissioned research for various governments. Jan’s most recent research has been published in journals. He contributed several articles to both International Affairs and Global Policy, and he also published in Asia & the Pacific Policy Studies, International Studies Review, Global Affairs and European Foreign Affairs Review. He is editor of the Brill Diplomatic Studies book series.