Home|Part II: Fake News, And What (Not) To Do About It 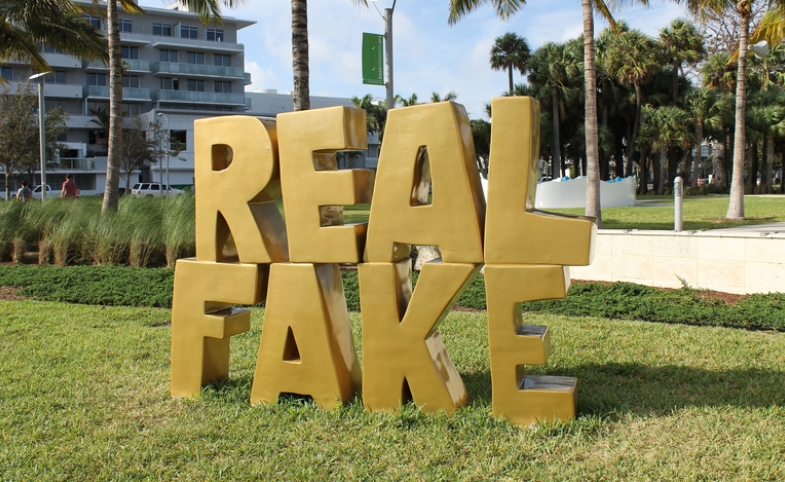 In the second part of the two-part series, Jan Melissen offers more thoughts on how to combat fake news. Read Part I here.

For many people in the non-democratic world, institutionalized fake news is old news: systematic disinformation is part of political culture, a fact of life. In many countries, the population knows that the makers of fake news are the same people as those who control fake news: the government.

Spreading undesirable news digitally in the domestic environment is being outlawed in various countries, and offenders risk being locked up. The Turkish authorities are reported to have arrested 311 people over social media posts about the recent military operation in northern Syria. Across borders, authoritarian powers both large and small are becoming increasingly skilled in following digital trails and hunting down political opponents across the globe.

In some countries, “no news” is still preferred to fake news. The absence of any meaningful domestic news in Myanmar about the Rohingya crisis is a terrifying example. Other authoritarians try to shut down digital platforms that criticize the abuse of power. Rappler, a social news network in the Philippines with 3.5 million Facebook followers, currently faces the withdrawal of its license by the government. President Duterte is accusing the platform of being run by foreigners, which is illegal under Philippines law. And in the “free” West, we see the President of the United States using his discretion to label media like The New York Times and CNN as fake news.

The political contestation of undesirable facts is on the rise, and the jury is still out as to whether this trend has reached the high-water mark. But for some Western countries, traditional propaganda, rather than fake news, appears to be the principal headache. Australia is more concerned about China’s influence in mainstream media, purchasing ads and favorable articles, and about Australian Chinese-language media.

In Europe, governments have stepped in, with Germany and France introducing legislation to help ban fake news. Chancellor Merkel and President Macron opened 2018 with an offensive against the lackluster deletion of illegal posts and hate speech by tech giants Facebook and Twitter. It is unclear where things are going in a world of simultaneous polarization and convergence of traditional media and social media.

On the positive side, it is safe to predict that future media will look different, and we can already discern the outlines of new models. One example is OhMyNews, a South Korean citizens’ news organization with 65,000 contributors that is operated by professionals following standard journalistic procedures like editing and fact-checking. In the current siege-like media landscape, with the open question of who is surrounding whom in the global infosphere, this Korean example is a hopeful sign pointing to possible new media models.

What to do about systematic disinformation in the digital sphere? New forms of news writing are emerging, and we therefore need to take a fresh look at how to read. Citizens in a media landscape in which news can no longer be separated from the algorithms that drive it, and devices enhancing the “spreadability” of news, need new, different forms of literacy.

Meta-literacy requires greater critical awareness of the context in which information is produced, as well as the habit of reading news that does not affirm one’s beliefs. It equally stands to reason that in a digital world in which “everybody is a journalist,” people who write news for potentially large audiences would benefit from the toolkit of the professional journalist.

Media consumers-cum-producers turn fiction on the town square of the global village into news—simply by believing, liking, sharing, reposting, forwarding and retweeting it.

The fight against digital disinformation has become multifaceted. Where such anti-fake news initiatives (ranging from legal solutions and governments taking on the tech giants to myriad fact-checking initiatives) focus on news as an artifact, they should not overlook the important receiving end of fake news. Fake news exposure, which can be seen as the fast-food variant of investigative journalism, is not enough and may have undesirable side effects.

The Field Guide to Fake News, showing the results of a digital cookbook project, proposes an alternative approach: we need to understand “not just the strategies and formats of fakeness, but the politics and composition of the media and information environments of the digital age.” Instead of giving the makers of fake news the attention they crave, the authors argue, we need to look above all at the consumers of news.

As stated at the beginning of this argument, fake news is ultimately turned into news by readers and viewers who are mesmerized by negative and provocative headlines. Media consumers-cum-producers turn fiction on the town square of the global village into news—simply by believing, liking, sharing, reposting, forwarding and retweeting it.

In international politics, fake news has real consequences, and so has countering fake news in 20th century tit-for-tat style. Probably with an eye to the 2019 EU Parliamentary elections, the European diplomatic service’s EastStratcom Task Force has recently committed an additional €1 million to expose Russian propaganda online. Giving this European online “mythbusting” initiative the benefit of the doubt, one might suggest that the Twitter handle @EUvsDisinfo contributes to greater awareness of Russian practices among EU citizens. But isn’t the whole exercise about something European citizens on all sides of the political spectrum already know? Does the European External Action Service realize that people outside of one’s own filter bubble could see such pronouncements as counter-propaganda?

At best, this initiative looks like a quick fix that fails to address underlying problems. At worst, it is a classic case of preaching to the converted. Fighting Russian fake news with Cold War-style tools does not make things any better. Did it cross the minds of the mandarins of EU diplomacy that official initiatives like this one are perhaps not in sync with the zeitgeist? There are no quick fixes for what is fundamentally a problem of human behavior. It is understandable that the EU is in a hurry, but fake news can only be understood by looking into the ways in which it is circulated and believed online.

In the digital age, everything starts with the ordinary individual—neither empowered hero nor hate speech villain—and that applies equally to finding solutions for the problem of fake news. In the variegated patchwork that is required to counter fake news, there is a greater need for practices like fact-checking than in the pre-digital age, and it is important to expose destabilizing narratives based on deliberately hurtful disinformation.

Powerful actors like tech giants have a job to do, but there is rightly also a call for the taming of excessive corporate power and arrogance. International organizations have a role to play but should be conscious of their contested legitimacy in the societies of their member states. Governments need to be aware that “the law” is not enough to fix a social illness, and in our collective memory, it is hard to dissociate propaganda and lack of freedom of speech from state power.

Civil society involvement in fighting fake news deserves more emphasis, and greater resilience of persons—as the smallest units of our society—starts with the systematic introduction of meta-literacy in education. This probably remains the best antidote to fake news.

Note from the CPD Blog Manager: This is Part II of a two-part series on combating fake news. Read Part I. This piece originally appeared in Clingendael Magazine.

Photo by Phillip Pessar I CC BY 2.0

Jan Melissen
CPD Faculty Fellow and Blog Contributor
Leiden University (Netherlands) and University of Antwerp (Belgium)
YOU MIGHT BE INTERESTED IN...