Home|Harvey and Irma Were Hard. But Most of the World's Disasters Are Ignored. 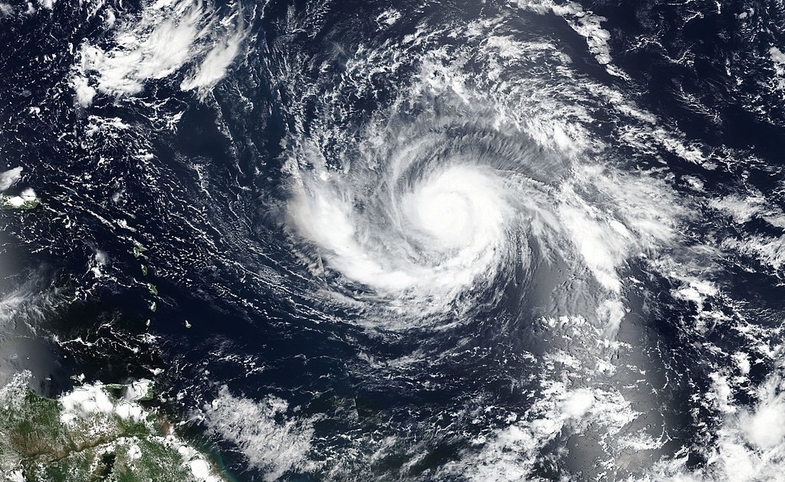 What a disastrous few weeks. Historic hurricanes, massive earthquakes and large-scale wildfires have all simultaneously struck the Americas, grabbing headlines and inspiring telethons. The reporting has been extensive and the outpouring of generous homegrown support seems endless.

American society might be uniquely constituted to work together during crises, with national self-reliance a distinct part of this country’s character, heritage and mythology. American leaders call attention to disasters and ask communities and their political representatives for help and money. A free, open and independent media report it all.

Elsewhere in the world, however, bad instincts or habits lead political and corporate leaders to mislead, hide and deny disasters or impending doom. Russia and China are particularly susceptible to this trait, but it is generally true for less democratic and minimally accountable governments and institutions where disaster can translate into political crisis or even the threat of regime change.

In the former Soviet Union, the initial reaction and official denial of the Chernobyl nuclear meltdown and crisis set in motion the conditions for the eventual downfall of the entire empire. In a new biography about Soviet President Mikhail Gorbachev, the Chernobyl cover-up was considered the turning point that put Gorbachev on the political reform path toward a greater openness that became unstoppable.

Prior to Chernobyl, and up to my time working in the USSR as a Moscow-based correspondent, disasters rarely made the news. A joke circulating about Soviet aircraft superiority suggested that Soviet airplanes were the safest planes ever built because they never crashed. Friends of mine called Soviet plane crashes “optical Ilyushins.”

Things are now somewhat different. Russians are ready to amplify disaster reporting and government failure. Their reporting highlights race and class inequities and pointedly blames political systems and failing leadership - but only if these disasters and failures happen elsewhere. Preferably in the United States.

China's lack of preparation, warning and response to many earthquakes and flooding causes local anger and confusion. A 2008 Sichuan province earthquake killed nearly 70,000 people, but the government reaction was to shield failure and silence critics. Dissent is hidden, if not outright crushed. A tightly controlled and censored media environment further assures that news travels slowly and is effectively countered when it runs contrary to national political narratives.

Disaster avoidance and denial are not exclusive authoritarian national traits, however. Following a recent earthquake and tsunami, Japan’s government and TEPCO power generating company denied the dangers and misled the public about nuclear fallout from a failing Fukushima nuclear power plant. Apologies followed, but the damage was already done.

Social media picks up some of the information slack, but rumor fills in where facts are muddled. In environments where information vacuums exist, misinformation and falsehood find fertile ground. People get misled. Confusion kills. What can be done to prevent bad information from worsening the effect of bad news?

Soviet- or Chinese-style bad-news boycotts are a non-starter. But social media platforms with billions of members—many of them trusting, if not outright gullible—should build fail-safe information systems to protect the public. Television broadcasters have long used 4-10 second delays to prevent inappropriate or inaccurate live material from going on-air. Social media need to use some of these same techniques. Whether artificial intelligence, human editors or machine learning to prevent rumor and inaccuracies from gaining immediate currency is not for the public to discern, but the public needs to consider a regulatory fix.

Worldwide, however, crisis management and warning systems do not suffer from too much, too quick or grossly inaccurate information. In fact, most global disasters are neither reported on or actively hidden as the majority of natural crises go unnoticed by nearly everyone who is unaffected. Far-flung countries suffering from widespread disaster actively and regularly seek international attention—often to no avail—in the hopes they can attract global empathy and assistance. These nations are not only victimized by disaster, they are victims of a distracted world, suffering quietly alone without news coverage or celebrity support to spotlight their plight. These overwhelmed countries experience what aid professionals call, “silent disasters.”

Silent disasters represent the 91 percent of worldwide natural emergencies that regularly go unreported in any mass media, according to the International Red Cross. Right now, for example, South Asia is experiencing much greater death and destruction than that wrought by Hurricane’s Harvey and Irma.

Bangladesh, Nepal and India are struggling to get noticed or receive basic help for the reported 41 million people directly affected by recent monsoon flooding and landslides that killed nearly a thousand people. The United Nations reports, these South Asia floods also destroyed tens of thousands of homes, schools and hospitals. The scale of this human suffering is staggering, but the story is easily overlooked and understandably underplayed in America while parts of Florida are still dark, deserted and drying out.

Natural and manmade disasters can fully overtake a nation’s attention, be totally denied, or never make it onto the radar of a global public’s consciousness. The one universal truth is that, ultimately, everyone suffers.

Photo by NASA I Public Domain

MONSOON: THE INDIAN OCEAN AND THE FUTURE OF AMERICAN POWER

Let’s begin with a quiz. What and where is Gwadar? Few people can answer that today, but some in the know believe that within 20 years, it will become the next Dubai. For many years, Gwadar had been just another South...