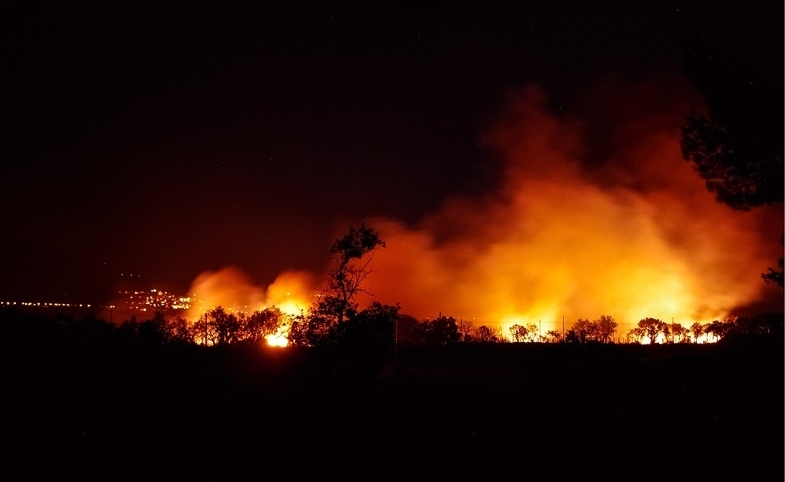 Brown soot-filled skies darken this San Francisco day as homes and fields burn a few miles north in Napa and beyond. It is the worst regional fire here in generations.

Texas, Florida, Puerto Rico and now Northern California — tourist destinations all — are reeling from a death toll and economic hit brought by hurricanes, floods and fires. Rebuilding everywhere will be expensive, and federal money will only go so far. America’s nearly $500 billion annual tourist industry would be expected to help fuel the revenue growth that will fund local economic resurgence.

But not this year.

On the heels of the Donald Trump election, Las Vegas mass shooting, Muslim travel bans, an alt-right resurgence and a palpable negative shift in how America is perceived globally, nations are issuing U.S. travel warnings and fanning fears of an America that no longer welcomes foreigners or succors its own citizens.

Take Mexicans, for example. President Trump actively denigrates them, so they increasingly have decided to stay home this year. That means the U.S. will lose over a billion tourist dollars from Mexico. Estimates for 2018 are even worse. Travel professionals see the dramatic drop in U.S. tourism as an international reaction to America’s new politics. They call it the “Trump Slump.”

Travel luminary Arthur Frommer says the “slump” will now cost the U.S. billions in lost revenue and result in disappearing jobs for “hundreds of thousands of workers in hotels, restaurants, transportation, stores, tour operations, travel agencies, and the like.”

All this during a hotelier’s presidency.

America as a shining city upon a hill begins to look tarnished from both afar and from inches away on a mobile screen.

Earlier this year, Nigeria advised its citizens against non-essential travel to the U.S. following the Trump travel ban. The United Kingdom scares its subjects by leading off its official foreign travel advice page with a warning that “terrorists are very likely to carry out attacks in the USA.” France, New Zealand, Australia, Ireland and Germany all warn their citizens about American gun violence and give the impression that tourists are particularly vulnerable. The Australian government tells travelers to the U.S. that “mass shootings continue to occur in public places,” while Germany makes it clear that “in the U.S. it is comparatively easy to get possession of weapons.”

Mass shootings in Orlando or Las Vegas all feed the firmly established narrative of America as a wild and dangerous society where an innocent Australian bride can be shot by police or where club- and concertgoers get shot while dancing. If reality were not harsh enough, American cultural products from music to movies reinforce foreign perceptions of a callously violent and racially riven American society.

America as a shining city upon a hill begins to look tarnished from both afar and from inches away on a mobile screen. A romanticized Woodstock once captured the imagination of the world’s youth, now it’s a “bump stock” that represents a cold, contemporary America.

Pervasive violence is not the only thing turning off foreign travelers. The rise of the dollar, naturally, makes tourism to the USA more expensive and less accessible. It also drives down exports in general, making American products such as Napa Valley wines even pricier and harder to sell overseas.

Puerto Rico is mostly immune to shifts in dollar fluctuations and the feckless nature of foreign tourists since its currency is the dollar and Americans are 90 percent of the tourist business. A strong dollar, however, also means that Americans can go elsewhere cheaper, perhaps skipping a devastated Puerto Rico altogether. The hard hit and debt-burdened island is a long way from anything resembling recovery. Hurricane-damaged infrastructure and industry will keep tourists away.

San Francisco is my hometown and tourism is a key industry here. Technology is increasingly the driving economic force, but tourism brings my city around $10 billion annually. In nearby Sonoma County, the fires still rage. October harvest season is primetime for visitors, but the burnt down hotels and fire-damaged vineyards mean that Sonoma’s annual $2 billion in tourism revenues are now going up in smoke. The human cost is immeasurable.

While writing this column, a light dusting of ash has landed on my laptop, as have emails and social media posts from friends directly affected by the fires. When tragedy strikes, the human impulse should be to help if possible, ignoring difference and danger. America’s friends abroad need to overlook this country’s domestic problems and recognize they, too, can help. Once the fires are out, flood water damage is controlled, power lines up and the memory of the Route 91 Harvest mass murder recedes, then please come back, visit and help restore the country you once deeply loved.