Home| Poland, Ukrainian Refugees and the Power of People-to-People Ties 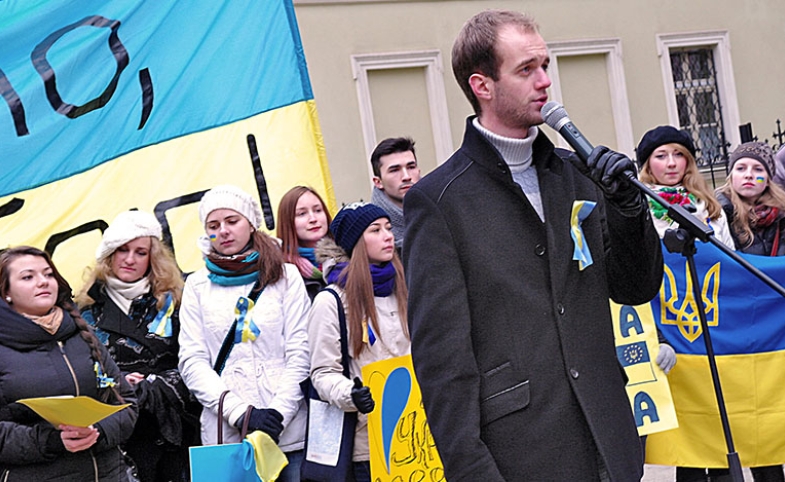 Poland, Ukrainian Refugees and the Power of People-to-People Ties

Poland has been universally praised for welcoming over 2.5 million Ukrainian refugees since the Russian invasion began on February 24, 2022. What is less well known is the central role that countless civil society groups, businesses and individual volunteers—along with local governments—have played in facilitating this massive influx of people. For example, a vast majority of Ukrainian refugees in Poland are being housed in private homes.

Indeed, beneath the exceptional story of Ukrainian refugees and their warm reception in Poland lies another story of growing people-to-people ties over the past three decades, one that was not necessarily a given after the collapse of communism over 30 years ago. Yes, Poles and Ukrainians are inextricably linked. But neighboring peoples tend to have complicated histories. Relations between Poles and Ukrainians are no exception.

Many Poles have family roots in what is today western Ukraine. Their ancestors’ graves are there, and they grew up hearing stories of the beauty of Lviv and the bountiful agricultural land that surrounds it. In various forms, Poland ruled over large parts of what is today Ukraine from the 14th to the 18th centuries and, in a more limited form, between 1918 and 1939. Those Ukrainian, Lithuanian, Belarussian and other territories are known to Poles, somewhat romantically, as Kresy (the borderlands). The lands were host to a very diverse population, but relations among various groups were not always peaceful. In 1918, Poles and Ukrainians fought over control of Lviv, which became part of interwar Poland.

During World War II, what is today Ukraine and was then Nazi-occupied eastern Poland, was the site of horrific atrocities. Nazi Germany rounded up and slaughtered the region’s large Jewish population. Nazi crimes were complemented by violence among locals. During 1943–44 in the region of Volhynia (Wołyń in Polish) and Eastern Galicia, an ultranationalist militia known as the Ukrainian Insurgent Army, massacred up to 100,000 Polish civilians as part of a campaign of ethnic cleansing, widely recognized by Polish and many Western historians as genocide. Ethnic Polish militias later retaliated, killing as many as 10,000 Ukrainians, while after the war Polish communist authorities forcibly moved hundreds of thousands of ethnic Ukrainians from their ancestral lands.

The policies of earlier post-communist Polish governments helped to overcome this difficult past and lay the foundation for the kind of strong people-to-people ties that underpin Poles’ warm reception of Ukrainian refugees. By the time the Soviet Union crumbled, Poland had already decisively directed its gaze toward the future and the West. Even as Poland studiously cultivated ties with the West, it pursued a constructive policy of engagement with the East, one that renounced any historical claims to the territories of newly independent states such as Lithuania, Belarus and Ukraine. The two policies were intimately linked, for Poles understood that the door to Euro-Atlantic institutions would not be held open if Poland’s eastern borders were in question. They not only created the foundation for peaceful relations, but, as historian Timothy Snyder argues, strengthened the fortunes of Ukrainian democrats against their hardline communist foes, who could no longer claim that Poland was a greater threat than Russia. Polish policy affirmed the sanctity of post-World War II borders, reassuring both its eastern neighbors—Ukraine included—and the West that any kind of revanchism was not on Warsaw’s agenda. Even here, civil society played an important role, with activists from the Polish Solidarity movement opening a dialogue with the Ukrainian Rukh opposition movement.

The story of people-to-people ties between Ukrainians and Poles is a powerful reminder of how such linkages are a force multiplier for any bilateral alliance or partnership.

In subsequent years, Ukraine and Poland increasingly saw each other in strategically beneficial terms. Trade flourished, and a defense relationship grew. Poland launched and prioritized a number of exchange and development programs meant to aid Ukraine in its bid to join the EU. It also initiated the EU’s Eastern Partnership, whose purpose was to extend European integration eastward. On its end, Ukraine validated Poland’s efforts by rejecting its government’s sudden turn away from Europe and toward Russia at the Euromaidan protests of 2013–14. By the end of 2014, which also saw the Russian invasion of Crimea and the Donbas, the sense of solidarity with Ukraine had largely pushed to the side any lingering hard feelings over the painful past—even as unresolved issues related to the past continued to play a role in the bilateral relationship.

The events of 2014 were also hugely consequential for people-to-people ties. They spurred a large wave of migration from Ukraine, with Poland becoming the main destination country. The influx of migrants was unprecedented for Poland, and—in contrast to the patterns previously observed with seasonal and short-term labor—included Ukrainians from all walks of life. Further, an increasing number of Ukrainians chose to settle in Poland permanently, and there was a sharp increase in intermarriage. Estimates from 2019 put the number of Ukrainians living and working in Poland at 1.27 million, or 3.5% of the country’s population. By early 2022, it would have been rather hard to find a single Pole who did not know, or whose family or friends did not personally know, a Ukrainian.

While the mutual economic benefits of economic migration from Ukraine are frequently highlighted, its effect on strengthening people-to-people ties is harder to quantify. And yet, the impact is undeniable. Increased migration and the opportunities it provides for Poles and Ukrainians to interact on a daily basis have clearly solidified the perception of shared values and aspirations among the two nations. In a 2017 survey, 87 percent of Poles said they see Ukraine as a European country, the highest level in the EU. By comparison, only 54 percent of Germans, 48 percent of French and 43 percent of Dutch respondents expressed similar sentiments. Meanwhile, Ukrainians express overwhelmingly warm feelings toward Poland. For many Ukrainians, Poland has stood out as a shining example of the rewards a Western orientation and membership in NATO and the EU could deliver.

While Poland's Law and Justice Party-led populist government—which closed Poland’s doors to previous waves of refugees—has been happy to bask in the international spotlight afforded to Poland as a result of its current refugee policy, the truth is that Poland’s institutions lack the capacity to house and integrate large numbers of refugees. In short, while national government support for refugees certainly matters, Polish civil society has played a central role in ensuring that Ukrainian refugees are housed, fed and given psychological services. In a recent survey, as many as 61 percent of all Poles reported getting personally involved in helping refugees—including 63 percent of Law and Justice Party supporters. If the war drags on and Ukrainian refugees stay in Poland for the longer term, much of the work of caring for them will fall to NGOs and everyday citizens as well.

The story of people-to-people ties between Ukrainians and Poles is a powerful reminder of how such linkages are a force multiplier for any bilateral alliance or partnership. And thus there is a direct line between the reconstruction of relations between Poles and Ukrainians over the past 30 years and the safe refuge that Ukrainians fleeing the war have found in Poland today.