Home|"Glory to the Heroes:" Ukraine’s War for Narrative Credibility 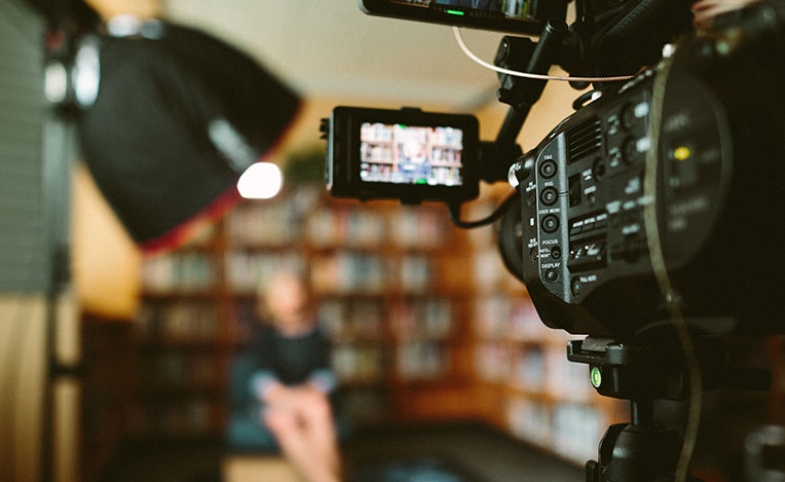 Note from the CPD Blog Manager: This piece was originally published March 17, 2022 by Georgetown University's Institute for the Study of Diplomacy here.

Ukraine is once again embroiled in an existential ground war while fighting to restore its credibility as a functional state in the global information space. This is not the first time. As I noted in a 2015 case study published by Georgetown University's Institute for the Study of Diplomacy: “State Narratives in Complex Environments: The Case Of Ukraine,” Russia attempted to crush Ukraine’s identity in the aftermath of the 2014 overthrow of Ukraine’s pro-Russian government. Less than a decade later, events are repeating themselves on a much deadlier and more consequential scale.

In 2014, Ukraine’s battle for control of its own national story was shaped by its pivot to the West. Russia retaliated against the overthrow of Ukraine’s pro-Russian regime with a fierce media attack that depicted its political leadership as “nationalist, neo-Nazi Russophobes” engaged in the deliberate destruction of Russia’s sphere of influence in the region. The Russian narrative also depicted Ukraine as a pawn of Western interests. Unfortunately this devaluation of Ukraine’s history and culture in the global media space persists, playing into Russian President Vladimir Putin’s current rhetoric about Ukraine and its “nationalist, neo-Nazi” regime.

In 2014, Ukraine responded to Russia’s initial attack on Ukraine’s identity and values with a powerful counter-narrative of freedom and resistance, captured in the slogan “Heaven Admits No Slaves. Glory to the Heroes.” This Cossack call to arms became the battle cry for pro-Ukrainian protestors in the early days of the 2014 uprising. While conveying Ukraine’s essential resilience and determination, this version of Ukraine’s national identity also reinforced the historical and cultural division between predominantly Russian language speakers in the eastern provinces and Ukrainian speakers in the west of the country. Ultimately, this bifurcated narrative complicated Ukraine’s initial efforts to project a contemporary, unified national identity and values to foreign audiences.

Going forward, the narrative that Ukraine chooses for itself about its legitimacy belongs to Ukraine. But we can all play a role in creating the conditions for its credibility.

Recognizing the pressing need to counter Russia’s overwhelmingly negative and misleading false narratives, in early 2015, Ukraine began to build up its own externally focused media and fact-checking platforms, to include Ukraine Today and StopFake. The Ukrainian government also stepped up its outreach efforts. Adopting the slogan, “The best propaganda is the truth,” Ukraine’s Ministry of Information filled a critical information gap about the ground war by initiating regular press briefings, enabling domestic and foreign media access to the conflict zones, facilitating direct broadcast of Ukrainian television and radio content to the occupied territories, and developing Crimean-Tatar language news programming.

Meanwhile, Ukraine’s Ministry of Foreign Affairs improved external access to information about Ukraine by developing a user-friendly website that not only continually updated events as they occurred but provided necessary political, social and cultural context. The MFA also began to experiment with branding campaigns designed to depict Ukraine’s national identity in terms and images that might resonate with Western audiences. These early efforts to raise Ukraine’s profile paved the way for the subsequent work of the Ukrainian Institute, which is creating a vibrant international lexicon of Ukrainian culture and history.

But, as Dmytro Kuleba, Ukraine’s first ambassador for strategic communication (and now Ukraine’s Minister of Foreign Affairs) noted when I interviewed him for the case study in 2015, winning the information war would require more than new media platforms, outreach strategies and branding campaigns. To build its credibility in the global context, Ukraine would have to move beyond the polarization of its Russian and Ukrainian linguistic and cultural legacies that, to this day, Putin so effectively exploits. As the work of the Ukrainian Institute attests, one of Ukraine’s most compelling soft power attributes is the depiction of its national identity as a fusion of these legacies, and its ethnic and cultural diversity as a source of strength rather than conflict.

Kuleba also recognized that Ukraine would have to move beyond its status as a “victim” of Russian aggression to make the case for itself as a viable security and economic partner in the region and the world. As we have seen, Putin is only too ready to retell the history of Ukraine as a failed state, too weak, corrupt and polarized to merit the mantle of statehood. In recent years, the Ukrainian government has done good work through the Ministry of Foreign Affairs’ English language website and other externally focused platforms to dispel the victim narrative by highlighting Ukraine’s accomplishments in the face of adversity. The story of the Maidan uprising, later intentionally rebranded as the “Revolution of Dignity,” testifies to the power of Ukraine’s citizenry to bring about peaceful change in the midst of conflict.

That power is being sorely tested today. Putin has pulled no punches in his current fight to extinguish Ukraine’s credibility in the information space. In addition to blocking access to major foreign news outlets and social media platforms, he has criminalized the spread of “false information” about the invasion of Ukraine. Putin has also removed “war” from Russian media discourse, enforcing instead a narrative about a “special operation” to combat Ukraine’s “oppression” of its people. Meanwhile, Ukrainians have taken to traditional and social media platforms to project a counter narrative of defiance, featuring videos of Ukrainian President Volodymyr Zelenskyy and elevating stories about Ukraine’s brave combatants.

Going forward, the narrative that Ukraine chooses for itself about its legitimacy belongs to Ukraine. But we can all play a role in creating the conditions for its credibility. This will require a sustained and consistent effort to push back on the Russian Federation’s deliberately distorted version of Ukraine’s history and culture. This includes avoiding the trap of using Putin’s language to mask Russia’s responsibility for the current conflict. The success of Ukraine’s narrative depends on all of us—academics, journalists, diplomats, policymakers and opinion leaders—to get the facts right when talking about Ukraine. We must make space for Ukraine’s story, now, in its moment of peril.

Note from the CPD Blog Manager: This is part one of a two-part essay based on a talk, “Narratives, Propaganda and 'Smart' Power in the Ukraine Conflict,” that the author delivered at Johns Hopkins University, SAIS...

Note from the CPD Blog Manager: This is part two of a two-part essay based on a talk, “Narratives, Propaganda and 'Smart' Power in the Ukraine Conflict,” that the author delivered at Johns Hopkins University, SAIS...

Lessons from the Information War over Ukraine

The information war underway amid the ongoing armed conflict between Russia and Ukraine is generating a formidable impact on global public opinion and the conduct of foreign policy. On September 6, 2022, CPD hosted a panel...