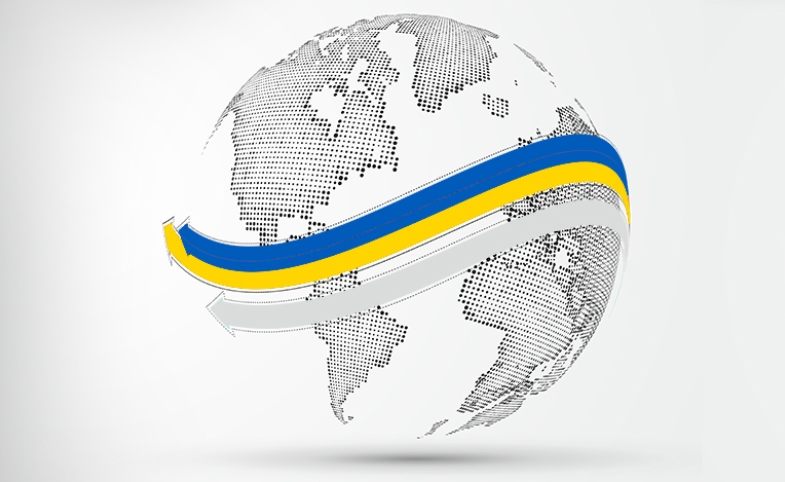 Note from the CPD Blog Manager: This is part two of a two-part essay based on a talk, “Narratives, Propaganda and 'Smart' Power in the Ukraine Conflict,” that the author delivered at Johns Hopkins University, SAIS Europe, Bologna, Italy on April 28, 2022. Read part one here.

“Volodymyr Zelenskyy is contemporary mediated politics on steroids,” writes Colin Alexander, political communications expert of Nottingham Trent University. “Indeed, when Zelensky[y] moved from actor to politician, many of the production staff at Kvartal 95 Studio—the entertainment company that he founded and who produced Servant of the People (the political satire that he directed and starred in)—moved with him as advisors and assistants. Herein, the lines between real politics with real consequences and the fantasy world of entertainment production have been blurred. Life is imitating art perhaps to a degree that we haven’t seen before in politics.”

It’s not obvious where Zelenskyy and his friends acquired their confidence in Ukraine’s potential to win friends and influence people by an unprecedented media projection of the nation’s cultural heritage. Before the war, its culture was almost nowhere in the ruthless world hierarchy of cultural power: number 61 out of 120 in Brand Finance’s 2021 Global Soft Power Index, based on interviews with 100,000 correspondents worldwide.

By the time Brand Finance published its 2022 Soft Power rankings in March, only three weeks after the Russian intervention, Ukraine’s reputation had been transformed while Russia’s had collapsed.

Perceptions of Ukraine have improved because of Russia’s invasion, with familiarity increasing by an extraordinary 44%, influence by 24% and reputation by 12%. The global media spotlight on the conflict has also had a positive knock-on effect on perceptions of Ukraine across most other Global Soft Power Index pillars, even those unrelated to the war effort.

The Cultural Revolution after Russia’s Invasion

Clearly the apparently spontaneous decision by Zelenskyy and his ministers to use every available platform in the West to spread their stories was producing results at extraordinary speed. The most effective form of do-it-yourself cultural diplomacy focused on music, with the Kiev Symphony Orchestra appearing in Germany as early as April.

Polish musicians soon moved to preserve and publicize Ukraine’s folk music culture, inventing the “East Warsaw Ensemble,” a joint Polish-Ukrainian group that will perform in London in July. “Send us more tanks and heavy weaponry—it will help us cultivate the Ukrainian vocal tradition,” said their leader.

Around the world, 110 million people saw the Ukrainian triumph at the Eurovision Song Contest in Turin, Italy, all based on the “wave of popular sympathy” for the Kalush Orchestra described by the media. Even the huge Glastonbury pop music festival in England featured a Zoom appearance from Zelenskyy.

This is the soft power game at its most literal, where, as Joseph S. Nye said from the beginning, a nation’s culture is crucial to its force of attraction. But does all this add up to ‘smart’ power?

The bitter cultural divisions in Ukraine visible to experts before the war seemed to have melted away under the impact of the invasion.

Meanwhile the rest of the world has been paying attention to Ukrainian culture as never before, such as at the Ukrainian pavilion at the Venice Biennale. Milan Fashion Week featured Ukrainian designers.

Then, London’s The Times takes up the story of the extraordinary evolution of the Kyiv Independent, an English-language newspaper whose reach was transformed by the war:

As Russian missiles began exploding over their city, the Independent quickly became a global phenomenon, a startling symbol of fierce national resistance, another Ukrainian David and Goliath story. Its Twitter account grew from 30,000 to 1 million in 2 days, then to 2 million in a month. Its website, which had only gone live in January with 1,000 users a day, had 7.5 million unique views in March. The team have frequently broken stories to English-speaking journalists worldwide. They’ve been endorsed by Barack Obama and have audiences in London, Washington and Brussels. Two days after our first conversation, Rudenko [the youthful editor] appears on the front cover of Time magazine, as one of the ‘Next Generation Leaders’ with the headline, ‘Witnessing a War.’

This is the soft power game at its most literal, where, as Joseph S. Nye said from the beginning, a nation’s culture is crucial to its force of attraction. But does all this add up to ‘smart’ power?

When launched in 2004, ‘smart power’ attracted attention at the highest level of the U.S. government and Congress. One of Obama’s officials said it involved “the intelligent integration and networking of diplomacy, defense, development and other tools of so-called ‘hard’ and ‘soft’ power.” But Nye also warned: “More important than simple formulas or clever slogans is the contextual intelligence that leads to accurate assessment of trends in power and thinking ahead about smart policy responses.”

But as the U.S. government braced itself for a possible Russian invasion of Ukraine in February 2022, Nye intervened with policy advice that didn’t mention 'smart' power. Instead, he re-affirmed his belief in his original soft power formula: “A country’s soft power rests on its culture, its values, and its policies (when they are seen by others as legitimate). In America’s case, soft power has often been reinforced by the narratives that US presidents use to explain their foreign policies.”

Zelenskyy’s narrative is a brilliant, indispensable wartime invention. But its impact and influence will only endure if, with the help of the rest of us, he can build a different, distinct future—with a quite different governing class than the one we see on the comic TV show Servant of the People—for his country once the war is over.

The basic problem of Zelenskyy’s Ukraine was of course that although performing far better than anyone could have expected, and certainly better than Putin’s, his armed forces would depend almost entirely for their combat capacity on material outside help. And the longer the war went on, the more this dependence would increase, as Zelenskyy made clear on a daily basis. Nye’s insistence on moral values—practiced as well as preached—could not possibly apply to the society Zelenskyy inherited. The Maidan protests of 2014 had been mostly directed at the corruption, brutality and rottenness of a state dominated by oligarchs just like Russia’s.

Today, the moral authority of the regime’s foreign policy derives entirely from its performance on and behind the battlefield. As a projection of 'smart' power, the Ukraine affair reveals that public diplomacy, in its full consensual, participatory meaning, is a peacetime pastime.

Note from the CPD Blog Manager: This is part one of a two-part essay based on a talk, “Narratives, Propaganda and 'Smart' Power in the Ukraine Conflict,” that the author delivered at Johns Hopkins University, SAIS...