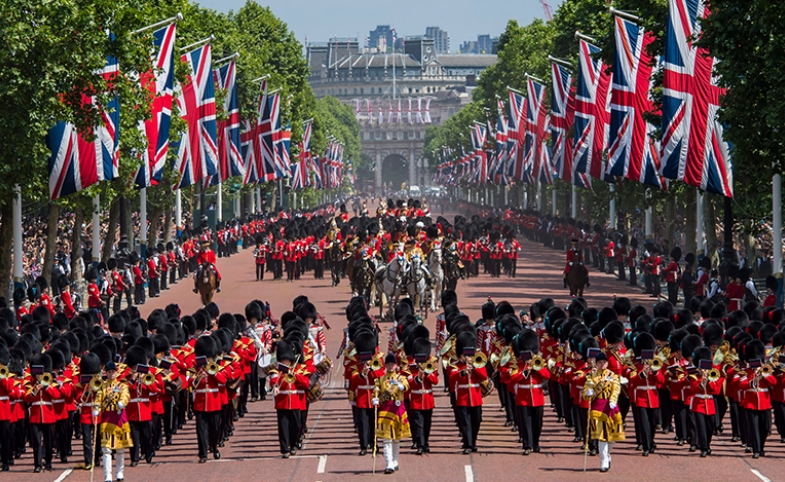 From Elizabeth II to Charles III: A Triumph of British Ceremonial and Soft Power

The supreme challenge facing King Charles III is whether he can emulate the global, soft power resource and inspiration represented by his charismatic mother. He has repeatedly talked of how Elizabeth II “was a pattern to all princes living” (a Shakespearean reference) and declared that he has no higher ambition than to perpetuate her model of accessibility and distance, majesty and humanity, and above all her distinctly British synthesis of tradition and modernity. All credible definitions of soft power revolve around the force of example, a concept much used by U.S. presidents Obama and Biden.

But the popular success of the British crown over the years, as demonstrated by the vast transnational upheaval of emotion set off by the death of the Queen, offers no better proof today of the proposition that the most enduring, penetrating and impactful forms of soft power express a formula of life that best synthesize a culture’s specific ideas of tradition and modernity for large majorities of people, a model inside and outside the country of origin. The historic pomp, the ceremonial and the glamour have been there for all to see, but how many know that the Queen was the first of the royal family to embrace social media, well before her children or grandchildren? “You have to be seen to be believed,” was one of her favorite slogans. Even the music at her funeral represented a carefully chosen balance of the classical and the novel.

In 2021 Michael Clarke and Helen Ramscar from the Royal United Services Institute, a geostrategic think tank, published Britain’s Persuaders: Soft Power in a Hard World (London: I.B. Tauris). What the nation should count on, said Clarke and Ramscar, was the force of its example across a vast number of new and old fields, from culture and education, to technology and sport, life sciences and entertainment. Influence in this context meant inspiring attention, trust, respect, credibility and ideally, emulation. Accordingly, if Britain could demonstrate faithfulness to its declared values of openness, the rule of law, cultural creativity and moral authority in its foreign policy, then it could expect to be taken seriously and “remain attractive to the rest of the world,” write Clarke and Ramscar. Queen Elizabeth in every aspect of her public demeanor did fulfill these criteria, but she was looking increasingly alone among today’s governing class in so doing.

From a historical perspective, the most significant contribution made by the Queen has probably been her unique role in helping the British people accept the dissolution of the British Empire, geographically the greatest ever and the one that partly justified and enabled Britain’s role in both world wars. The instrument she chose to exercise this function was the (British) Commonwealth of Nations, rarely mentioned in these years until now. Originally created in 1926 as nationalism was rising across the innumerable colonies and dominions of the Empire, this was an inspired soft power invention that leveraged the presumed attachments forged by people, culture, history, commerce and the English language to create a network of leaders across the world all willing to pay homage—voluntarily—to the symbolic leadership of the British crown. It was and is a classic example of what Clarke and Ramscar emphasize as the convening ability of the UK, a key dimension in their view of the nation’s soft power.

But the death of Elizabeth II has become the occasion for a radical reassessment of the value of the Commonwealth, not in Britain itself but in the wider world. Germany’s prime news site DW carried an impressive survey listing the 36 republics and five local monarchies that make up its membership and said: “The grouping is home to over 2.5 billion people — about a third of the world’s population — the bulk of whom live in the Indian subcontinent. It contains both advanced economies and developing countries.”

DW might also have noted that particularly during the Cold War, its leaders may at various times have turned their back on the West and looked to Moscow, Beijing or the non-aligned movement, yet they still revered the Queen. Asif Islam, a media commentator and associate editor of Bangladesh's Dhaka Tribune newspaper, told DW that the principles the Commonwealth has championed were aligned with Bangladesh's own values: "If Elizabeth II's age was about democracy, the rule of law and good governance, responding to climate change will define King Charles's era. The Commonwealth's importance to Bangladesh is not so evident in dollar terms but is invaluable in terms of political and moral capital,” said Islam.

Elsewhere other commentators from the ex-Empire, writing in places such as the New York Times, CNN or Politico.eu—but not in the British press—all noted that by insisting on their strictly apolitical role, the Queen and her heirs have avoided apologizing for the miseries the Empire long brought, especially slavery. Signs that this process might be starting came from Prince Charles at the last Commonwealth heads of Government meeting, in Rwanda in June and in New Zealand, but especially from the case of Ireland, where a quite remarkable—though unfinished—revolution in Anglo-Irish relations has taken place in recent years, very much facilitated by Her Majesty. To see her smilingly shaking the hand of an ex-military commander of the IRA, the outfit that murdered her husband’s uncle, Lord Mountbatten in 1979, was a gesture that only she could have made.

Airline prices from Italy to London tripled in the days after the Queen died, according to a friend in a travel agency. The numbers returning to the famous Netflix series The Crown rose more than 800% in the UK following the royal death, reported The Guardian, which noted, “In the US, viewership more than quadrupled during this time-frame, while in France The Crown had more than three times the viewers it did the previous weekend. Globally, viewership was nearly four times higher this past weekend than it was the previous weekend.”

When the funeral finally arrived, more than 200 heads of state and/or government felt the need to be present (many from Europe, an area none of the younger generation of royals has apparently ever set foot in). All this explains the only true meaning of the phrase much vaunted—but in a completely different sense—by the previous Prime Minister, Boris Johnson: “Global Britain.”

Photo: Queen Elizabeth II and royal family return from Trooping the Colour in 2018 with Admiralty Arch in the background by Cpl Stephen Harvey via Wikimedia Commons (OGL: Open Government License)

In 2022 Great Britain will celebrate the 70th anniversary of the reign of Queen Elizabeth II. Preparations are underway for a series of grand displays of national pride, re-invigorating national identity post-Brexit and "...