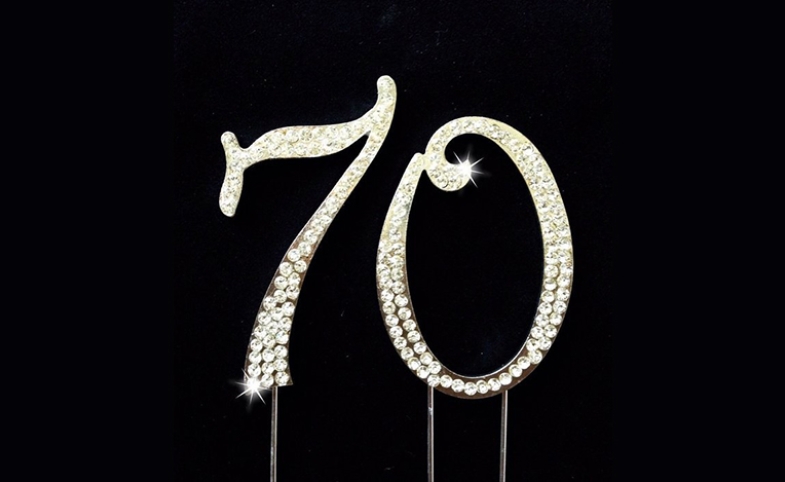 In 2022 Great Britain will celebrate the 70th anniversary of the reign of Queen Elizabeth II. Preparations are underway for a series of grand displays of national pride, re-invigorating national identity post-Brexit and "showcasing the UK’s creativity and innovation to the world," as the UK Government declares.

There have been many royal jubilee celebrations in Britain, the most famous being the grand imperial event dedicated to Queen Victoria in 1897, a 60th anniversary. But the last time anyone looked forward to a 70th milestone occurred in Vienna in 1913. Then, the great and the good of the city allegedly set about imagining how to endow the ceremonials of 1918—when Franz Joseph I’s 70 years on the throne of Austria-Hungary would be hailed—with all the pomp and prestige needed to galvanize sympathy across the Habsburg lands for their King-Emperor and proclaimed to the world outside the universal meaning of ‘our grand old Austrian culture.’

In reality no such planning effort took place in 1913. But to imagine how it might have evolved supplies the backdrop of Robert Musil’s 1930­–33 masterpiece, The Man Without Qualities, widely considered a novel on par with the great classics portraying the death throes of the Dual Monarchy from Roth, Sweig and Schnitzler.

A close reading of the novel’s plot through the prism of history provides fascinating suggestions for anyone wishing to study jubilees, festivals and other formal anniversaries from a public diplomacy or soft power point of view.

A "great patriotic campaign" is what the protagonists of The Man Without Qualities aim to plan. Its originator His Highness the Imperial Liege Count Leinsdorf explains, "In his view the nations of Europe were all whirling along in the vortex of a materialistic democracy, and he envisaged a lofty symbol that would be at once an admonition and a signal for change. ... [The] magnificent demonstration of the spirit of Austria" should be a "landmark" for the whole world, so helping it "to find the way back to its own true nature, and ... all this was bound up with the possession of an eighty-eight year old Emperor of Peace."[1]

But as soon as the great minds sit down to plan, the project starts going off the rails.

If soft power can be defined as the force of example, history—and actuality—show that the most enduring and influential example a society can present to the world is represented by the success of its efforts to balance what it considers the best of its traditions and "modernity" in all its forms.

The essential problem was, "There was no such thing as Austria," Musil wrote. "There was [sic] a Kakanian State [Musil’s title for Austria], even without a proper name, and ... a Kakanian nation had to be invented to go with it." Even with all its centuries of history, "there was nothing left in Kakania but oppressed minorities and a supreme circle of persons who were the actual oppressors and who regarded themselves as being outrageously hoaxed and pestered by the oppressed."[2]

Count Leindorf’s suggestion is to somehow find a balance between "capital and culture," the former symbolizing modernity in all its forms, the latter the best of inherited tradition. But when all the proposals that arrive at the Campaign turn out to be calls either to move "Back to ...!" some mythical bygone age, or "Forward to ...!" an equally mythical future, and everyone "is instantly filtered through the nationality issue and categorized as an expression of belonging to one of the rivaling groups,"[3] the result is paralysis, and the project slowly dies. The fate of the Parallel Campaign was an allegory of the Empire’s real situation.

If soft power can be defined as the force of example, history—and actuality—show that the most enduring and influential example a society can present to the world is represented by the success of its efforts to balance what it considers the best of its traditions and "modernity" in all its forms. The Man Without Qualities is a sort of prequel to the breakdown of the Hapsburg empire, showing in detail why its governing class was incapable of arriving at such a synthesis.[4]

The 2022 British events will also take place in a post-imperial nation ruled over by a venerated monarch: in 2022 the Queen will be 96 years old. Franz Joseph, equally revered in Vienna (if not elsewhere) was 86 when he died in 1916. Early 21st century Great Britain shares with Musil’s early 20th century Austria-Hungary a long-running crisis of identity, of sovereignty and of modernity, though obviously not of the same magnitude.

The Austrian governing class as imagined by Musil is convinced that the force of its own example should be deployed by way of a grand national festival in order to soothe its patriotic agonies and impress the world outside; its British equivalent is still living in hope. Musil demonstrated that any bet by Vienna on such a classic soft power project would have failed before it even started. In reality its ruling classes embraced the hard power route of war instead, the supreme flight from modernity. Britain of course will not choose war in 2022, but will rely on festivals of its soft power assets in order to wave the flag for its own sovereign balance of tradition and modernity.[5]

[5] Festival UK* 2022 (https://www.festival2022.uk/). The UK Government is planning a "festival" of British creativity and innovation to run throughout 2022, while the Jubilee event will take place only over a four-day weekend.