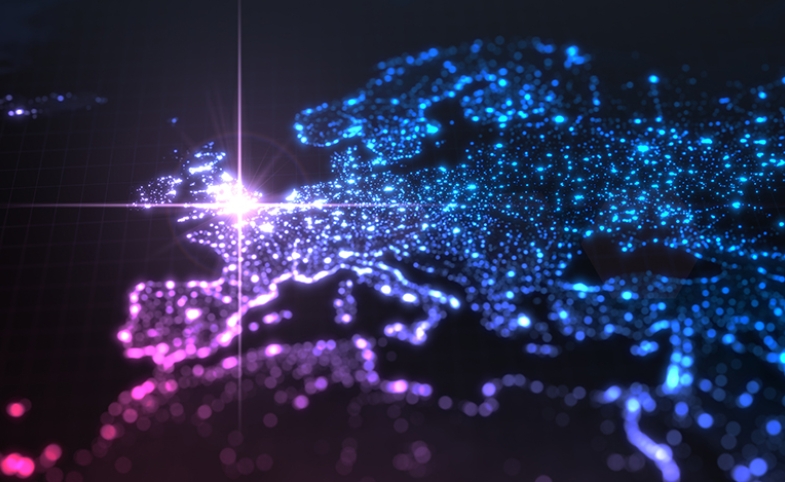 Note from the CPD Blog Manager: This essay is adapted from "Socially Distanced Diplomacy: The future of soft power and public diplomacy in a fragile world," a critical issues report published May 4, 2021 by Sanctuary Counsel and CPD.

In March 2021, the British government published its long-awaited, Integrated Review of Security, Defence, Development and Foreign Policy. The publication of the review could not have come at a more urgent time. Having completed its separation from the European Union with a limited free trade agreement in place, the UK must now establish an appropriate role in a turbulent world, grappling with fundamental shifts in the balance of global power and an upended foreign policy operating context wrought by the pandemic. The Integrated Review laid out an ambitious new role for the UK, describing it as “a problem-solving and burden-sharing nation with a global perspective” (Integrated Review, page 4). In setting out such a bold narrative, Prime Minister Boris Johnson’s government is insisting that the UK has the necessary capabilities to help meet major global challenges, and the political will to do so. This is the modern essence of soft power: the blending of capability, purpose, compassion and action. While the intentions are clear, questions remain about the UK government’s commitment to the necessary priorities, resources and policies.

In conducting new research for the recently published report, Socially Distanced Diplomacy, we assembled a series of international roundtables of practitioners and experts working in foreign affairs and public diplomacy. As part of this process, we convened a UK roundtable group and focused the discussion on the very issue identified above. Principally, what does the UK need to do to shape a successful post-Brexit, post-pandemic foreign policy strategy, and how should soft power fit into that strategy? The roundtable discussion landed on three key recommendations for the UK going forward.

First, the UK’s global narrative needs to place a much greater emphasis on science and technology going forward. This is not just about the context of the race for technological superiority. In harnessing—and sharing with partners—future innovations in life sciences, biotech and green energy, the UK will demonstrate its ability to help tackle major global challenges in need of novel solutions. The Integrated Review explicitly underlines the importance of soft power to the UK and recognizes the role that assets like the British Council, the BBC World Service, top-ranking universities, museums, tourism, heritage and sport play in delivering greater prosperity and international influence for the UK (Integrated Review, page 7). However, in the context of major global challenges (pandemic, climate change, etc.), in an October 2020 digital roundtable discussion hosted by Sanctuary Counsel and CPD, the UK group felt that these assets alone will not be enough to maintain Britain’s soft power edge.

As the pandemic begins to abate and a “new normal” mode of operation takes shape, the UK’s public diplomacy efforts must center on partnership.

To the UK government’s credit, the Integrated Review sets the aim of making the UK a “Science and Technology superpower” by 2030 (Integrated Review, page 7). There are, however, questions as to whether the current government will meet that objective. Projected cuts to UK research budgets—and the slashing of development aid spending hitting international research collaboration—threaten to undermine the government’s stated ambition. If science and technology are going to be central to the “Global Britain” strategy, resources and action will need to align accordingly.

The second major recommendation to emerge from the roundtable is to create a better link between citizens and foreign policy. For the UK, this is an especially urgent challenge for two reasons. First is the government’s desire to “level up” those parts of the UK that have not shared equally in economic growth and inward investment over the last several decades. The Integrated Review explicitly ties British foreign policy objectives to the prime minister’s promise to spread prosperity beyond the concentrated wealth of London and the Southeast of England. Second, the very future of the Union itself—maintaining Scotland in the United Kingdom—is in question. This issue is set to dominate British politics for the foreseeable future, and the stakes could hardly be higher. Here again, our research underlined the significant interplay between citizens, foreign policy and preservation of the Union.

Democratizing diplomacy will require a significant investment of time, effort and thought, but it is urgently needed. In the first instance, the Government should a launch a review and wide consultation on how best to engage with the British public and civil society on issues of foreign policy. The government should use that to inform the construction of effective mechanisms for engagement. With structures in place, the government needs to maintain a genuine, iterative and long-running public dialogue across all regions of the UK that link the public to foreign policy, creating a sense of public ownership of “Global Britain,” and inspiring grassroots participation in citizen diplomacy.

Making the development and execution of foreign policy much more inclusive for the British public would amount to a transformational change. This principle of inclusion is also at the heart of the final recommendation for the future of British soft power: a total operational shift toward collaboration in all public diplomacy activity. As the pandemic begins to abate and a “new normal” mode of operation takes shape, the UK’s public diplomacy efforts must center on partnership.

Calling for a greater focus on partnership in public diplomacy is not new. However, trends, fads and political whims have a way of pulling organizations away from what works. The UK Foreign Office reached a high-water mark for partnership in public diplomacy in 2010, only to move away from that and toward a more broadcast-oriented approach via the promotional GREAT campaign.

The focus on partnership ought to serve as the guiding principle for all aspects of the future British foreign policy. This sentiment runs through an insightful Chatham House report, published just before the launch of the Integrated Review, which made the case for Britain’s new post-Brexit role as one of a “global broker.” The report argues that the UK has the unique blend of capabilities, assets and networks to serve as a global convener of coalitions for solving major challenges. This is essentially a role built around the UK’s soft power strengths.

Broadly in line with this idea, the government has set combating climate change and leading on the reform of multilateral institutions like the World Health Organization and the World Trade Organization as its top two immediate priorities. Making progress on either of these will hinge the UK’s ability to form and mobilize coalitions to act—in short, encouraging partnership. At the heart of the above three recommendations, derived from our Socially Distanced Diplomacy project, is collaboration—both within the UK itself and externally with international partners. If the government is going to live up to the aspirations of the Integrated Review, it will hinge on making the most of its soft power through effective partnership with others. A focus on soft power will also help ensure the government’s priorities, resources and policies align with the ambition to make the UK a “a problem-solving and burden-sharing nation.”