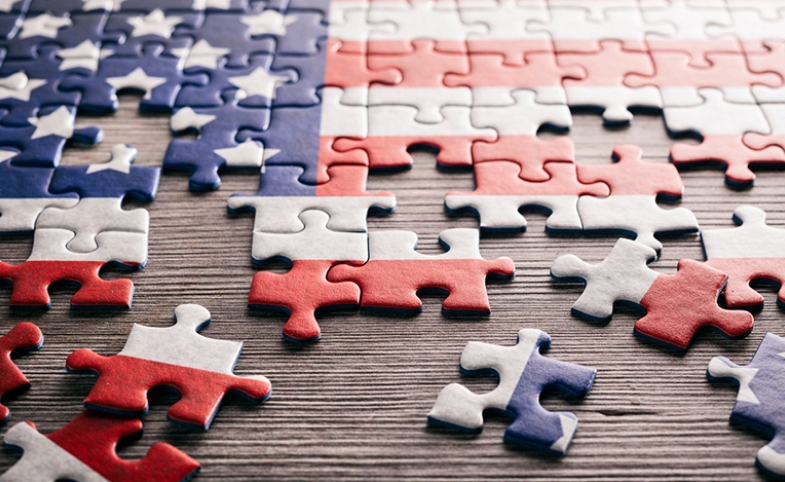 American soft power sits at a crossroads. The new administration is facing a number of fundamental challenges as it seeks to reset U.S. foreign policy and repair the reputational damage incurred under President Biden’s predecessor. As the deadly storming of the Capitol in January demonstrated, the United States remains deeply divided. These divisions and the perceived instability of the U.S. system carry significant risks that weigh on American soft power and impinge on its ability to conduct a coherent and effective foreign policy. Set in the context of great power competition with China, the current political divisions and dysfunction in the U.S. put the nation at a real disadvantage. Compared to the last great American rival, the Soviet Union, the U.S. now struggles to claim the same moral high ground as it did during the Cold War.

While the Biden administration begins to re-engage with the world through renewed partnerships and reconciled alliances, the long-term commitment of the U.S. to international collaboration is viewed with a sense of trepidation. The legacy impact of “America First,” combined with the early mismanagement of the COVID-19 pandemic, is seen externally as a dual crisis of moral leadership and government incompetence. In our recent report, Socially Distanced Diplomacy, we tested this impact, conducting seven expert roundtables to ask participants whether American soft power had taken a hit as a result of the pandemic, and, if so, if it could recover from recent lows under the new administration.

Polling 120 experts, our study found that the U.S. had lost soft power standing since the onset of the pandemic. While they also agreed that it will recover, the overall plurality of the group felt it is unlikely to recover to pre-2016 levels. Nearly three in 10 felt that it will not recover at all and a significant shift in how allies view the U.S. has occurred.

Reinvention is a fundamental American construct, and if any country can pull off a reputational rebound, it is the United States.

So how should American public diplomacy practitioners operate in such a trying context? How can American diplomats best explain that the process of American politics is one of continual improvement, not without its regular significant setbacks? And how can greater humility be incorporated into their public diplomacy efforts? It is a delicate task to be open about America’s shortcomings while also promoting the country as a reliable international partner.

If the U.S. is to pull off a successful reset, the communication challenge remains a fundamental task for American public diplomacy. Flattened by digital technology, the communications space has become ever more competitive with the emergence of actors keen on deploying misinformation and disinformation against U.S. interests and values.

It is a formidable task to protect freedom of expression and counter disinformation at home, while equally recognizing the global nature of this challenge. It will require coordinated, inter-agency action on multiples fronts including more focused efforts to inoculate citizens with improved digital literacy; aggressively calling out malicious disinformation campaigns from state or state-backed actors; working with international partners to sharpen collective capability in combating disinformation; and collaborating with allies to shape the new norms and global governance structures in the digital information space.

Building on this, the U.S. must also consider new ways of engaging with foreign audiences. As a global leader in technological innovation, the U.S. is exceptionally well-placed to drive change in the realm of digital engagement. However, the American public diplomacy apparatus is still built around the structures of the past, which dictates the distribution of resources. Listening to and understanding foreign publics remains the fundamental building block for public diplomacy, however many of the tools for performing such functions have been rendered inadequate in the evolving information and media landscape. This calls for broad-based capacity- and capability-building in public diplomacy infrastructure and personnel. Public diplomacy practitioners will also need to devise innovative strategies to reach audiences in societies that are increasingly cut off from news and information beyond that of their own country’s state-controlled media.

The U.S. also needs to play to its soft power strengths, particularly in science and technology, higher education, civil society, creative industries and the private sector to harness their combined potential. Private organizations and companies should be called upon to do more as representatives of the United States. More private-public collaboration will require the private sector to demonstrate a willingness to work with the government, as both sides have a shared interest in promoting technology and innovation. The importance of American educational services and institutions remains a key part of American public diplomacy efforts and should be strengthened further. Programs with a proven track record, such as the Fulbright Program, warrant greater attention and investment. Given the more competitive landscape of international student recruitment from other countries such as Canada and Australia, bolstering U.S. higher education signals to international students the value that the U.S. places on diverse perspectives and exchanges themselves, while projecting the U.S. as a welcoming and open nation to ambitious young people from around the world. As the U.S. continues to host the largest international student population, greater attentiveness to their experience and transition into American society would serve to enhance American educational services as an important platform for mutual understanding.

It Starts at Home

Finally, rebuilding America’s soft power requires a more internationally engaged domestic public, now more than ever. Political leaders need to call on Americans to become more involved in public diplomacy initiatives—and provide them with the platforms to do so. Citizens themselves are the best ambassadors for the United States. The unique diversity of the country gives American public diplomats the ability to demonstrate that the U.S., despite its faults, comprises people from all over the world and from all walks of life. Greater exposure to Americans themselves gives the U.S. greater credibility in showcasing both the benefits and shortcomings of the country’s democratic system to global audiences.

The findings of our expert polling on the current state of American soft power will make for painful, if unsurprising, reading in U.S. foreign policy circles. In both, the polling of our roundtable groups and their discussions, participants made clear that the U.S. has taken a significant reputational hit over the course of the pandemic. Very few expressed confidence that American soft power can recover to pre-2016 levels. Yet, reinvention is a fundamental American construct, and if any country can pull off a reputational rebound, it is the United States. While there are multiple historic precedents for American reputational recovery, delivering it in the post-pandemic era will require bold leadership, greater adoption of digital tools, substantial organizational change and a more engaged public.

Out of the Pandemic: Guiding Principles for Soft Power & Public Diplomacy

Those working in the fields of public diplomacy, cultural relations and international engagement are unlikely to experience another disruption equal in scale and duration to that of the COVID-19 pandemic. Its all-...