Home|“Mr. Biden, Tear Down This Wall!” America’s Soft Power Depends On It 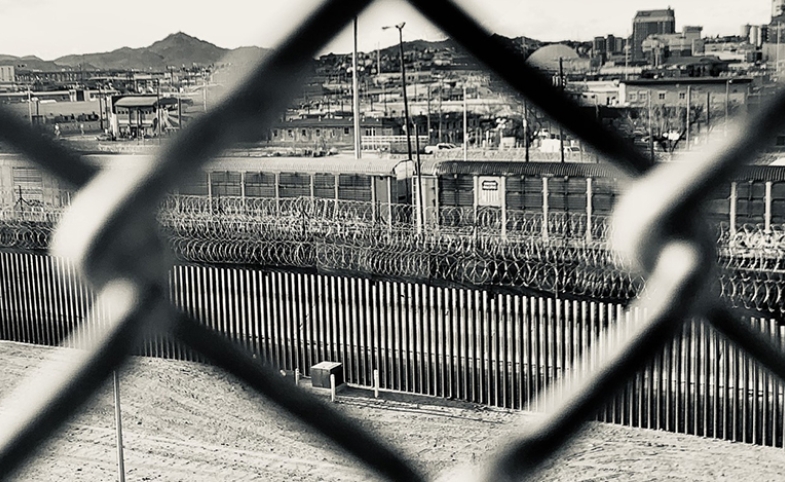 There are perhaps no more forbidding structures than walls, the defining feature of prisons and fortresses, built to contain, exclude or ward off. They are redolent of fear—of those who might escape, or those who might invade. They are the polar opposite of bridges, which are perhaps the most inviting of structures. With a few notable exceptions, e.g., the Great Wall of China and the ancient city walls of Jerusalem, they tend to be ugly.

A nation whose global image is defined to any extent by the walls it has built has committed vandalism upon itself. To its great detriment, America, thus vandalized by former President Donald Trump, has come to be defined in the eyes of the world in part by its walls and the hard-heartedness and rejection of global engagement they literally concretize.

Amid the welcome flurry of executive orders aimed at undoing the Trump administration’s sustained assault on U.S. immigration policy is President Joe Biden’s proclamation that “no more American taxpayer dollars [will] be diverted to construct a border wall” (technically a 30-foot-tall steel bollard barrier, but sufficiently wall-like to warrant the appellation).

Biden faces a critical choice concerning what to do about the sections that Trump erected over the last four years, which will in turn significantly affect America’s global image for good or ill: Should he leave what has been built in place while not adding to it? Should he acquiesce in its continued expansion until funds already appropriated by Congress are used up?

Or should he sweep it away altogether? 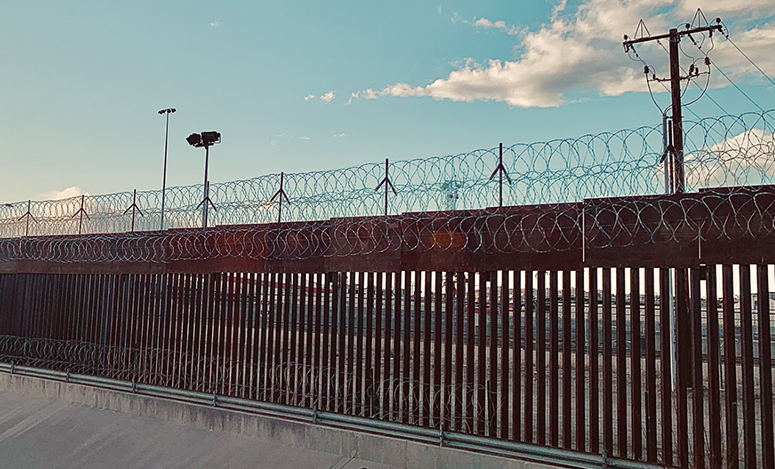 I urge President Biden to imagine and then act boldly on what his predecessor Ronald Reagan, a strong supporter of open borders (as well as amnesty for undocumented immigrants) and something of an authority on oppressive barriers, would doubtless exhort him in no uncertain terms to do: “Mr. Biden, tear down this wall!”

My advocacy is based on a confluence of the personal and the scholarly. I currently reside in El Paso, the epicenter of America’s immigration policy pathologies, where the wall’s reputation-obliterating effects are global, while the daily assault on our senses and consciences is local. Indeed, I recently gazed with dismay at the wall’s latest accretion courtesy of the U.S. Border Patrol, which, in keeping with its long history of draconian immigration enforcement, had just topped a four-mile stretch with a double layer of razor wire, adding an especially cruel touch to an already sinister eyesore.

As a historian of the Cold War it looked chillingly familiar, a spectre that had drifted through the ether from 20th-century Mitteleuropa to haunt the once conjoined, now cleft, border cities of El Paso and Juárez. I am not the first to have made an immediate visual connection between this repellent barrier add-on and that other notorious razor wire-topped wall with which the German Democratic Republic (GDR) bisected Berlin in 1961 in order to prevent its people from defecting en masse to the West. That the wall which gashes America’s southern border serves the opposite purpose—to keep out rather than lock in—is fundamentally irrelevant. Rather, what is of central importance is that the two walls offer a self-inflicted indictment of their respective systems and values.

The Berlin and U.S. border walls represent, at their core, unforced errors deeply injurious to their respective states’ soft power—the power of attraction, persuasion and, most salient in this instance, the power of ideas and ideals.

The Soviet Union, East Germany’s imperial master, faced the humiliation, along with the GDR itself, of having to deal with a debilitating population hemorrhage from its Teutonic showpiece of Communist economic and social success, with the machine gun tower-enforced Berlin Wall, the infamous symbol of systemic failure. America during the Trump era shredded its image—never unsullied, but near-universally acknowledged—as a beacon and sanctuary for the “wretched refuse of your teeming shore...the homeless, tempest-tost” fleeing violence, oppression, persecution, natural catastrophes and crushing poverty.

A nation whose global image is defined to any extent by the walls it has built has committed vandalism upon itself.

The U.S.-Mexico border wall was the policy centerpiece for Donald Trump and his fanatical henchman Stephen Miller, the steel-and-cement symbol of his administration’s base-pleasing immigration restrictionism, meant to endure long beyond his presidency.

But it would not be impossible for Joe Biden to undo Trump’s monument to racist xenophobia, which could be accomplished with a combination of political boldness and a legion of jackhammers and blowtorches. To be sure, he would face considerable resistance, and not merely from Republican politicians in thrall to Trumpism. Many pragmatic Democrats, fearing inevitable Republican attacks, will likely oppose dismantling the border wall if it comes up for consideration. Even some unabashedly progressive Democrats might feel compelled to be circumspect, for example here in El Paso, which voted decisively for Biden but where the Border Patrol is a major, well-paying employer.

But just as it was essential for the sake of America’s international reputation as well as its soul to stamp out segregation a half-century ago, so it is essential to overturn three decades of U.S.-Mexico border militarizationaimed at excluding Latino/a peoples, men, women and children alike who are objectionable to Republican white nationalists. The border wall is the all-too-solid symbol of the xenophobic bigotry that has infected a large swath of Americans as surely as the coronavirus that has also gravely damaged U.S. soft power, and it cannot be allowed to remain standing.

Removing Donald Trump’s steel bollard barrier will not revivify American soft power in one stroke—that is the arduous, multi-front work of a generation or more. But it is a sine qua non for the eventual reconstruction of the United States’ severely damaged international reputation, and with it the capacity to be a strong global voice for civil and human rights.

As surely as walls rise, they eventually come down or are rendered useless, whether from their neglect or their destruction. The fall of the Berlin Wall symbolized the end of East Germany. In contrast, the fall of the U.S.-Mexico border wall can symbolize a new beginning for America.

MEXICO CITY --- While attending a meeting here recently, I referred to Mexico as a “major power.” A government official said he was surprised. “We are a major power,” he said, “but nobody...