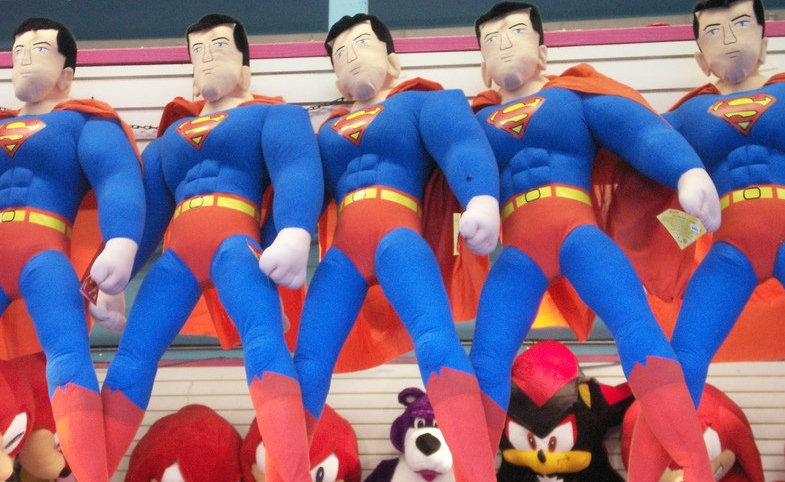 Bad guys can possess soft power. I know—I wrote a book about it. But over most of the past century the U.S., as the soft power hyperpuissance, has largely set the standards of what constitutes effective national image projection.

The United States has drawn its soft power, the “ability to shape the preferences of others,” as put by Joseph S. Nye, who devised the term, from the international attractiveness of American ideas and ideals, culture, governance structures, social organization, economic prowess, and general image of optimism, robustness and success.

Indeed, the U.S. has over time set a global image-building benchmark so compelling that even the Nazis, Fascist Italy, the Soviets, Spain’s Franco regime, and more recently the Qaddafi and Bashar Assad dictatorships tried at times to depict themselves as "normal" by U.S. standards. Within just the past 18 months, so has the People’s Republic of China, and even Iran has put out the welcome mat for American tourists, a tried-and-true method of image-challenged states seeking to dramatically improve foreign publics’ perceptions.

Hence soft power, undergirded by American values, has correctly been seen as a preponderantly positive force in international relations, in which transparent, free-market, representative democracies that are open to the world have a baked-in advantage over repressive autocratic regimes.

But what happens if the U.S. becomes one of the world's leading bad guys? Can the U.S. still maintain soft power if it is extolling hard-edged nationalism and xenophobia, disdaining longstanding alliances and fomenting the breakup of the entire post-World War II system that America put in place seven decades ago? What would it look like? Who would it attract? And where will it take the world?

In fact, although a number of prominent figures have warned against the American abdication of liberal world order leadership and the related erosion, or even the end, of American soft power, I would argue that in hewing to the Trump foreign policy line the US will in fact continue to maintain a considerable “ability to shape the preferences of others”.

But it won’t be via the sort of attraction, persuasion, ideas and ideals that analysts and policy formulators weaned on postwar bipartisan consensus U.S. internationalism (this writer included) will be remotely comfortable with, nor will they (we) celebrate the sort of leaders, activists and publics who respond positively to this version of American soft power. They (we) won’t like the results, to put it exceedingly mildly.

With the Trump administration violently casting off U.S. fealty to such watchwords of the exceptionalist American faith as “Life, Liberty, and the pursuit of Happiness,” “the last best hope of earth,” “Give me your tired, your poor, Your huddled masses yearning to breathe free,” or “a tall, proud city built on rocks stronger than oceans, windswept, God-blessed, and teeming with people of all kinds living in harmony and peace,” it can be hard to imagine that the U.S. could still hold soft power, albeit of a dramatically different cast, attractive to a disturbingly different audience.

As an aid to the (nightmare) imagination-challenged, an apt metaphor for what lies ahead for U.S. soft power, should the Trump Administration succeed in its radical recasting of American values and policies at home and abroad, can be found in the Classics—of comedy, that is: Saturday Night Live, and a hilarious, terrifying sketch featuring “Überman.”

No, this has nothing to do with a car ride service. Überman was the brainchild of Al Franken, an SNL writer-performer before his election to the U.S. Senate. In 1979 Franken posed the counterfactual question, “What If….Superman Grew Up in Germany instead of America?”

In Franken’s re-imagination of Superman’s origin story, young Kal-El’s rocket lands during the interwar years in Prussia rather than Kansas, where he is raised by ardent Nazis who, as his adoptive father reminds him, “taught you how the Fatherland was stabbed in the back at Versailles, how Jews are parasites, how Germany will one day bring order to the world!”

Thus inspired, Klaus Kent, “a mild-mannered clerk for the Ministry of Propaganda,” becomes Überman, proudly declaring to Adolf Hitler his fight for “Untruth, Injustice and the Nazi Way,” saving Der Führer from a hidden bomb he discovers with his X-ray vision, and denouncing Jimmy Olsteyn as a Jew—whose secret he also uncovers with his X-ray vision (get it?). After depositing the hapless Jimmy at Auschwitz Überman wins the Battle of Stalingrad in five minutes, singlehandedly rounds up two million Jews, and “Kills Every Person in England—U.S. Next”, as the headline blares in Der Daily Planet.

The longer Donald Trump holds on to power, and hence the longer the sinister soft power Trumpism manifests is projected around the world, the greater the encouragement to, and impact on, the unsavory populist nationalist movements and authoritarian regimes to which America is now perversely offering inspiration.

Donald Trump’s unabashed “America First” foreign policy is the metaphorical equivalent of Überman’s gruesome reversal of Superman’s biography and principles. Al Franken’s sketch encapsulates the unfolding Up-Is-Down, Black-Is-White, Good-Is-Evil and Evil-Is-Good disjunction and the global havoc the U.S. is in the process of wreaking. It isn’t necessary to rehearse at length the list of the Trump administration’s head-snapping, system-shattering statements and policy shifts that is by now painfully well-known to readers even as it grows daily like The Blob (Steve McQueen’s, not Ben Rhodes’).

The last time influential Americans and their supporters among the public unapologetically embraced unpalatable policies and values like immigration restriction, racism and anti-Semitism, the results included Adolf Hitler sending a fan letter to the anti-immigrant “scientific” eugenicist Madison Grant, a Nazi medal for Henry Ford in honor of his vicious published attacks on Jews, and the modeling of the Nuremberg Laws on Jim Crow segregation codes —indeed, there was more than a touch of Überman to the United States even at the dawn of the Age of Superman.

But at least at America’s helm during most of the decade prior to U.S. entry into World War II was Franklin D. Roosevelt, his wife Eleanor and a host of New Dealers, who endorsed, if disappointingly imperfectly at times, equality and inclusiveness for African-Americans, Jews and recent immigrants —rather than far-right incubus counterfactual presidents like Buzz Windrip in Sinclair Lewis’s It Can’t Happen Here and Charles Lindbergh in Philip Roth’s The Plot Against America.

However, with Donald Trump in the White House there is no presidential moral counterpoise, but rather a celebration of some of the most disturbing pathologies embedded deep in American politics and society, raging back in the open after many decades of disreputability.

And as Überman doesn’t cease to be, well, super, because of his malevolent predilections, Trumpian America will not not cease to possess soft power. But it will be of a dark, sinister cast:

If you think all of this is dispiriting to read, imagine what it was like to write it—Sad! (Utterly heartbreaking, actually.) But is all in fact lost? Is American soft power destined to henceforth be a malign, destabilizing force in the world?

Perhaps not. If Donald Trump rapidly falls out of favor with the bulk of the American electorate—and remember, he’s already rather more than halfway home in this regard—he could be rendered a political loser in short order and tossed out of the White House, taking foreign policy Trumpism down with him. The 2018 and especially 2020 elections will be pivotal in this regard.

It would be essential for the speediest possible resuscitation of U.S. soft power that Trump as a one-termer (or less) be succeeded by a president, whether Republican or Democratic, dedicated to a firm re-commitment to the traditional American values, ideas and ideals that Trump & Co. have so blithely cast aside.

In this scenario, the U.S. would still be dealing with long-term fallout from its misadventure in international illiberalism. As Warren Buffett famously noted, “It takes 20 years to build a reputation and five minutes to ruin it. If you think about that, you'll do things differently.”

Still, while it would indeed probably take a couple of decades to well and truly live down the damage done even in four years (or less) by the Trump administration, it would not be the most difficult national reputation-rebuilding effort ever undertaken—think of what West Germany faced in the years following World War II.

However, if Donald Trump is re-elected in 2020 and is thus given a mandate by the American public to continue the radical recasting of U.S. foreign policy—and with it the overturning of the extant international order—then the fundamental shift in the nature and effects of American soft power is likely to be, in practical terms, permanent for a half-century or more. This will be especially so if this shift is accompanied by an incremental domestic turn toward authoritarianism and the concomitant erosion of the political opposition's ability to reclaim power.

There's another factor to reckon with as well: the longer Donald Trump holds on to power, and hence the longer the sinister soft power Trumpism manifests is projected around the world, the greater the encouragement to, and impact on, the unsavory populist nationalist movements and authoritarian regimes to which America is now perversely offering inspiration.

Even if the U.S. were to rapidly regain its ideological bearings once a hypothetical two-term Donald Trump has left office and go back to manifesting its traditional values-based soft power, it could find itself up against a bevy of formerly pro-liberal internationalist states that have metastasized into Trumpian soft power-inspired illiberal democracies or cold-out dictatorships now cleaving to Russia and/or China—which will remain autocracies seeking to undermine U.S. global power. Thus, a resuscitated Superman America might well end up facing the daunting threat of Überman World.