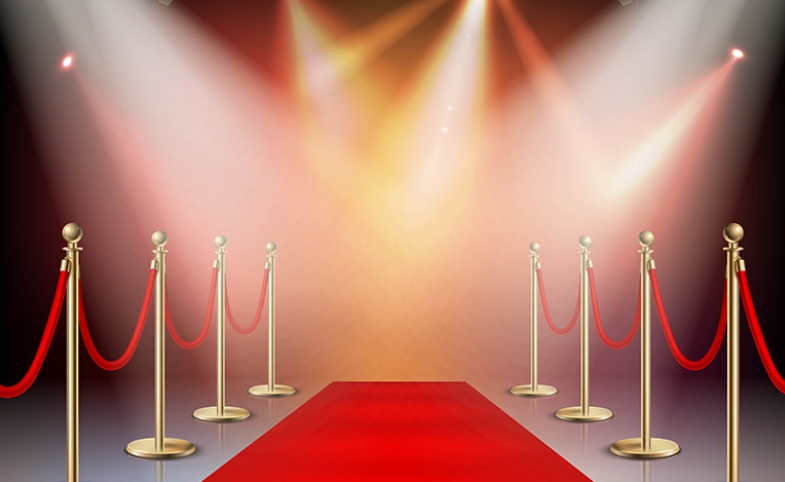 Ukrainian President Volodymyr Zelenskyy’s eloquent appearance at the 2022 Grammy Awards has shined a harsh light on the Academy of Motion Picture Arts and Sciences’ decision not to invite Zelenskyy to speak at this year’s Academy Awards, despite his strenuous efforts to secure an invitation to the ceremony. The Academy and the American motion picture industry at large can and must do better in this moment of peril to support Ukraine as well as a stable international system that, among other things, greatly benefits the film studios.

The producers of the 2022 Oscars who decided to spurn President Zelenskyy’s entreaties because they “had reservations about the ceremony shifting too far from the cinematic to the geopolitical” robbed Hollywood of an opportunity to deploy its unparalleled message—amplifying capabilities to help the embattled Ukrainian leader and his cause. The Academy denied him one of the world’s most high-profile platforms on which to plead for increased American and international support for Ukraine in its valiant fight against Vladimir Putin’s bloody invasion.

For over a century, Hollywood has provided America with an invaluable source of soft power: the power of attraction and persuasion, of culture, ideas and ideals, of image and reputation, of portraying Americans as admirable and worthy of emulation—ultimately, the power to help shape the international opinion landscape and to get other countries to want the outcomes the United States wants.

At their best, U.S. films and TV shows have been singularly effective transmitters of American values around the world and a beacon to beleaguered peoples. The U.S. government has consistently supported Hollywood’s global export business for this reason as well as the film and TV industry’s major contribution to the U.S. economy. Tyrants have long recognized this extraordinary soft power as both a potent weapon and a dire threat. As Soviet dictator Joseph Stalin once enviously asserted, “If I could control the medium of the American motion picture, I would need nothing else to convert the entire world to communism.” Nazi propaganda minister Joseph Goebbels was desperate to counter Hollywood’s global predominance, averring, “We must give [German] film a task and a mission in order that we may use it to conquer the world. Only then will we also overcome American film.”

Hence the Academy of Motion Picture Arts and Sciences’ refusal to give President Zelenskyy a forum was an abdication of the U.S. motion picture industry’s unique responsibility that flows from this staggering power to support freedom, democracy and human rights. Tragically, the Academy chose not to strike a blow against a ruthless dictator willing to commit war crimes.

The American motion picture industry needs to fully embrace its unique soft power and unhesitatingly deploy it in the service of justice and decency at home and abroad.

Over the years, Hollywood has too often been on the wrong side of history on issues like racial segregation, the portrayal of Black, Native American and other non-white and marginalized populations, and quiescence or even collaboration in the face of American sins at home and abroad like McCarthyism and the Vietnam War. The Academy Awards themselves have periodically provided dramatic evidence of Hollywood’s fecklessness or worse. For example, African American actor Hattie McDaniels was forced by the Academy to sit by herself at the segregated 1940 Oscars ceremony as the history-making Best Supporting Actress winner for her role in Gone With the Wind. Activist Sacheen Littlefeather was booed by many attendees when she appeared at the 1973 Academy Awards on Marlon Brando’s behalf to refuse his Godfather Best Actor Award in protest against Hollywood’s portrayal of Native Americans and their ongoing oppression in the U.S. (John Wayne had to be physically restrained by six security guards from dragging the diminutive Littlefeather off the stage.) Three decades later, director Michael Moore was deluged by a flood of boos at the 2003 Academy Awards when he protested the Iraq war, not yet recognized as an unambiguous debacle, as he accepted his Bowling for Columbine Best Documentary Oscar.

But while it didn’t happen all at once, Hollywood placed itself on the right side of history at a world-historical crisis point, denouncing Adolf Hitler and Nazism while America was a neutral power. Harry and Jack Warner led the way with their vow in the 1930s to use Warner Bros. to fight Nazism, resulting in anti-fascist films like The Black Legion (1937) and Confessions of a Nazi Spy (1939), even in face of severe, anti-Semitic-tinged criticism from Congress and other isolationists. Charles Chaplin, an ardent anti-fascist and a co-owner of United Artists, brilliantly ridiculed Hitler in The Great Dictator (1940), his most successful production—so brilliantly that the Führer was reportedly incensed by the picture, which he masochistically viewed twice even as he banned it from Nazi-occupied countries.

Other major studio figures were slower off the mark, anxious about finances and the sort of ferocious anti-Semitism (like the Warners, they were mostly Jewish) that led to the torching of a Warner Bros.-owned theater in Milwaukee. In 1934, MGM president Louis B. Mayer infamously declared, “I represent the picture industry here in Hollywood; we have exchanges there; we have terrific income in Germany.” But by 1940, Hitler’s murderous intentions were plain enough that he and other heretofore reluctant studio heads came around, evidenced in Mayer’s case by his green-lighting The Mortal Storm, a big-budget production about Nazi anti-Semitism (although he cagily avoided any explicit references to Jews, who were instead described as “non-Aryans”).

Eight decades later we have come to another world-historical crisis point. The American motion picture industry needs to fully embrace its unique soft power and unhesitatingly deploy it in the service of justice and decency at home and abroad. While it has too often been on the sidelines, Hollywood’s decision to enter the fray against Nazism while the United States remained neutral offers an inspiring example for the studios and the Academy today.

Today Hollywood owes a debt it needs to pay back and pay forward. The studios operate within a stable international system that has made it possible for them to profitably distribute their films around the world. American filmmakers have the constitutionally enshrined right to make whatever movies they wish in a nation based on the rule of law, within secure borders, free from the threat of invasion by a hostile power that would seek to take that right away. Ukraine is entitled to the same, and the American motion picture industry can and should help them to get it.

As President Zelenskyy eloquently put it in his speech at the Grammys, “We defend our right to live, to love, to sound.” It was Hollywood’s failure that he wasn’t allowed to say so at the Oscars as well. Hollywood must not fail again.

Lessons from the Information War over Ukraine

The information war underway amid the ongoing armed conflict between Russia and Ukraine is generating a formidable impact on global public opinion and the conduct of foreign policy. On September 6, 2022, CPD hosted a panel...