Home|Film Diplomacy in the Time of COVID-19 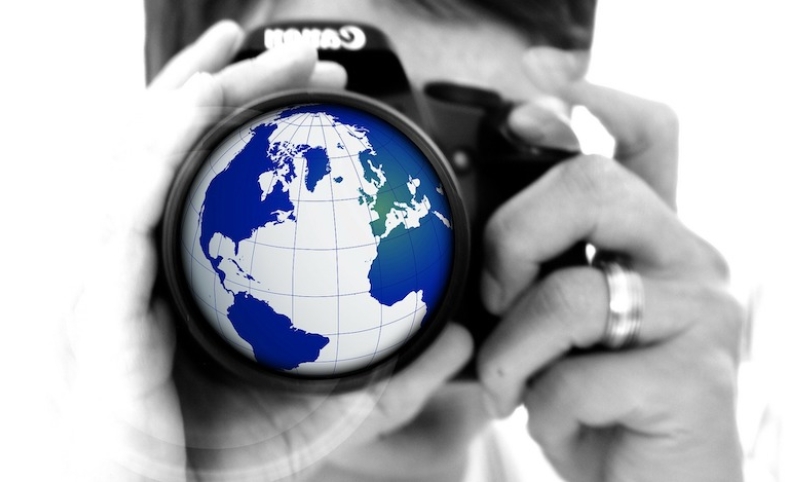 Note from the CPD Blog Manager: This post introduces a new series exploring virtual American film and TV diplomacy with CPD Blog contributions from Rachel Gandin Mark, Director of International Programs at the USC School of Cinematic Arts, and from U.S. Foreign Service Officers in the field who are producing virtual diplomacy programs during the COVID-19 pandemic.

In early March, the American Film Showcase (AFS) was gearing up for its busy spring season, with 21 weeklong cultural diplomacy trips in partnership with U.S. Missions across the globe. American filmmakers and media experts would travel abroad to host screenings, lead filmmaking workshops and connect with local audiences. But as COVID-19 spread from East Asia to Europe, the program cancellations soon followed. First it was a postponed documentary series on disability rights in Thailand, then a regional TV writing workshop in Kyrgyzstan and then a documentary production workshop in Morocco. Days after SXSW was cancelled, where AFS had planned to host a group of international virtual reality filmmakers, the AFS staff was sent home to reconsider person-to-person cultural diplomacy in a time when people can no longer gather.

The American Film Showcase, the premier film and TV diplomacy program of the U.S. government, is funded by a grant from the State Department's Bureau of Educational and Cultural Affairs (ECA), and implemented by the USC School of Cinematic Arts. In normal times, AFS serves two main purposes: it is a person-to-person cultural exchange program sending filmmakers and media experts abroad, and a traveling film collection from which U.S. Missions can host local screenings. Working with 40–50 U.S. embassies and consulates each year, AFS brings current American documentaries, independent films and storytelling workshops to audiences around the world. Many American Foreign Service Officers working in the public affairs space have come to rely on AFS’s film slate and roster of envoys to connect with local organizations and audiences.

In the interest of keeping envoys safe, the State Department put a hold on all in-person exchange programs. Soon after, emails from Foreign Service Officers in the field began to fill AFS and ECA inboxes. They were trying to figure out how to maintain energetic and varied PD work and wanted to continue to engage different audiences with the AFS slate of films. Would they be permitted to show AFS films on their embassy Facebook pages? Since the American Centers are closed, how could they continue to screen AFS movies for local audiences? The prospect of streaming American films online presented a number of obstacles for AFS. Renegotiating the screening rights of each AFS film with its American film distributors, and overcoming the limited internet bandwidth for streaming in many countries, presented significant challenges that would take months, if not longer, to work out.

In order to quickly respond to the needs of the U.S. Missions, AFS and colleagues at ECA explored shifting the focus from the slate of AFS films to offering virtual master classes and workshops on filmmaking, taught by AFS’s impressive roster of American film and TV envoys. AFS would rely less on screenings and lean into the person-to-person aspect of its work, focusing on how it could bring people across cultures into conversation with each other, even if they weren’t in the same room.

AFS sent an email survey to the approximately 150 American filmmakers and media experts currently on the AFS envoy roster, gauging their willingness to lead virtual AFS programs. The response was remarkable. In just two days, AFS received 175 different virtual master classes and workshop ideas from top American film, TV and documentary industry professionals. Many expressed their enthusiasm to support this effort during this time. AFS received an inspiring range of engagement ideas, from traditional storytelling workshops (“How to Structure Documentary Stories” and “Drama Writing for Television”) to digital content master classes (“Introduction to Live Streaming” and “Making a Video Game”).

Within a week, AFS was able to reach out to more than 50 U.S. Missions offering an extensive menu of virtual film and TV programming opportunities. Many American embassies and consulates jumped at the chance to offer local and regional audiences this content. By mid-May, there were nearly 60 virtual AFS events scheduled globally, and many more in the pipeline. The programs range from multi-day workshops for a select group of participants, to short seminars streamed to thousands of people. For example, the U.S. embassy in Jordan will offer a five-day TV writing workshop for 12–15 selected writers. The U.S. Missions in Vietnam are planning four consecutive Friday master classes on the business of film for a wide audience across the country. Every program will be unique and serve the priorities of each U.S. Mission. In addition, despite a significantly smaller slate of films, AFS, ECA and the U.S. Missions are finding creative ways to screen some of the AFS films online, while still protecting the films’ IP rights.

Early feedback from U.S. Missions that have already hosted AFS virtual programming shows positive results in terms of reaching new audiences, working with different local partners and providing meaningful content. One challenge of virtual programming is the difficulty in gauging whether participants in larger online gatherings remain engaged throughout the duration of the events. Although AFS and ECA are still developing best practices for implementing virtual TV and film programming with U.S. Missions, it has already become apparent that this type of public engagement will be an essential component to maintaining American cultural diplomatic activities during this unique time.

While virtual programming will never replace the experience of an in-person exchange, the lessons learned during this period will expand the resources in the public diplomacy toolkit for years to come. U.S. Missions may want to incorporate robust online film and TV-related engagement into their broader public diplomacy strategies long after the COVID-19 pandemic is over, and American Film Showcase will continue to find innovative solutions to support those efforts.

Rachel Gandin Mark
CPD Blog Contributor
Director of International Programs at the USC School of Cinematic Arts
YOU MIGHT BE INTERESTED IN...

The Soft Power of the Silver Screen

In light of the 2018 Oscars this past Sunday, we'd like to explore cinema from another part of the world: China. China's own movie scene is growing rapidly, and according to Elizabeth Jackson, host of the ...