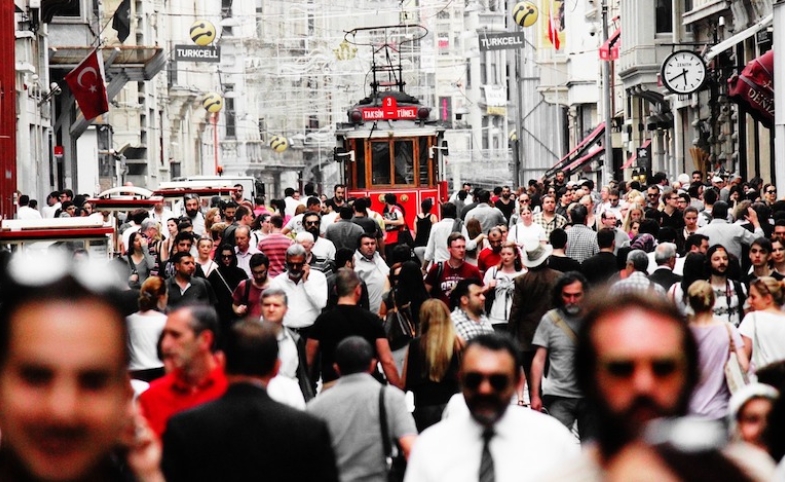 The United States, which introduced the concept of soft power to the world and increased the positive awareness of its country in the world through this concept, is one of the countries that uses cinema diplomacy most effectively.

Cinema diplomacy, which the U.S. has especially used to increase its influence with Hollywood productions, has been used by other countries as well. Countries want to create a positive perception in the minds of communities by bringing their cultures and positive values to the world through cinema. For this purpose, Turkey has been bringing together cultural and touristic values and different communities through Turkish cinema, and wants to benefit from the positive impact created by cultural diplomacy.

In recent years, the Turkish film industry has increased its influence in the international arena and Turkish series have held the second place in export rates, right after the U.S. This success had an impact on Turkish foundations that work in the public diplomacy field, which led to a shift in interest in Turkish cinema.

With 56 Turkish Cultural Centers around the world, the Yunus Emre Institute (YEE), which is the primary cultural diplomacy establishment by Turkey, is working to organize Turkish Film Weeks and to introduce Turkish cinema throughout the world. Following the Turkish Cinema Summer School, the Institute would like to spread the wealth of Turkish cinema not only to an audience but also to students and alumni who will hold various positions in the film industry.

This success had an impact on Turkish foundations that work in the public diplomacy field, which led to a shift in interest in Turkish cinema.

The Turkish Cinema Summer School, which was organized last year for the first time by the Yunus Emre Institute, hosted 23 young filmmakers from 20 different countries in İstanbul. Young filmmakers from different countries such as the U.S., South Africa, Morocco, Russia, England and Iran had the chance to get comprehensive information on the history of Turkish cinema.

In the Cinema School, which took place at the Dragos Campus of İstanbul Şehir University for two weeks, the participants attended a range of sessions on Turkish film screenings and analysis, turning points in Turkish cinema history, etc., with the participation of significant names in Turkish cinema history. In addition to the lectures given by academics, the summer school participants also had a chance to meet with various directors, screenwriters, actors, producers and cinema critics. Moreover, major films in Turkish cinema were also screened. During the summer school, participants visited various museums preserving the history of Turkish cinema and significant film studios including the Cinema and Television Museum of Mimar Sinan University, the Cinema and Theater Museum of Türker İnanoğlu Foundation, the Turkish Cinema Researches Center and SEKA Film Studios.

“I learned about the history and culture of Turkey," said Tara Tung, an American student who attended the program. "[I got to go to] Turkey with everything from airfare to accommodation fully covered! It was a dream come true! Turkish people are so friendly, and I love the culture of how people bond over tea and coffee after every single meal. One of the things that I love most about İstanbul is the beautiful scenery. Prior to coming to İstanbul, I had no idea how modern it was. I would absolutely love to come back to Turkey for study or work. My dream is becoming [a] director.”

“Turkey is a country which pays a great attention to art and especially to human relationships," said Leyla Ahadi, a student from Iran. "We were from 20 various countries and formed a friendly family. We forgot boundaries in this new family, feeling like our own home is in Turkey. We discovered Turkey's cinema, history and culture. We learned a lot from great professors. In fact, [by] breaking down the geographical boundaries YEE gave us the opportunity of a great experience that will play a crucial role in our professional progress.”

Potential producers and directors of the future film industry will be able to use the wealth and information they gained about Turkey and its culture during the program in their future projects, which will have very valuable impact on Turkish cultural diplomacy.

This piece was co-authored with Monica Chellam.  Discussions on anti-Americanism usually draw on polls such as the Pew Global Attitudes Survey, which measures what percentage of people in a given country see the...