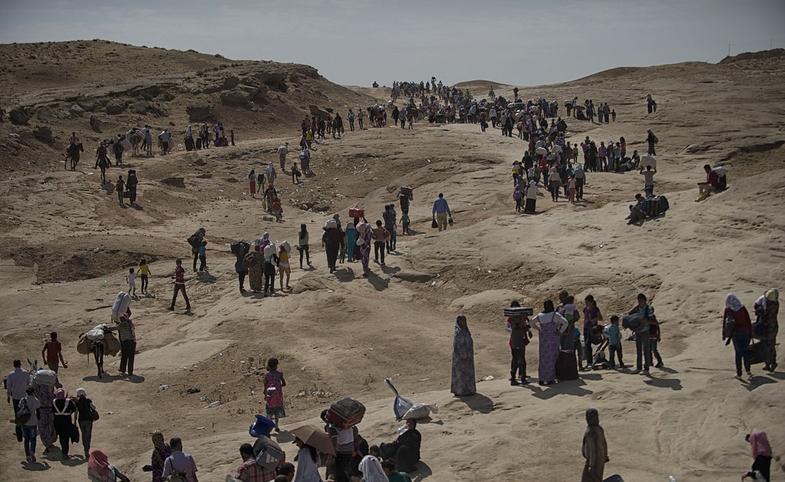 The global surge in refugees has left most of the financial burden on developing countries in volatile regions. According to the UNHCR, low- and middle-income countries play the greatest role in sheltering the world’s displaced (UNHCR, 2016). Developing countries in the global south have been looking into cooperating and learning from the best practices as a result of abandonment by developed countries. The global neglect has also left developing countries with the pressing need to create more awareness and generate attention to the situation at hand. I have written about Turkey’s efforts in communicating its humanitarian aid in my previous blogs here and here. In this blog article, I will discuss the similar aspects that Turkey and Mexico share and how they can cooperate for an increased awareness of the global refugee crisis.

From Transit Point to Home Country

The existing global refugee crises, affecting several countries in the Middle East, Africa, and Latin America, has resulted in a mass exodus within and beyond these regions. Millions of refugees from war-torn or violence-stricken countries such as South Sudan, Somalia, Libya, Syria, El Salvador, Honduras, and Guatemala seek refuge in neighboring countries with the initial hopes of going to North America or Europe. However, as a result of global immigration policies, bordering countries in these volatile regions such as Turkey, Mexico, Jordan, Lebanon, Ethiopia, and Uganda have transitioned from transit points to homes for refugees.

Turkey and Mexico, two of the emerging countries of the global south, are cases in point with regards to their unique positions:

2. They implement flexible refugee policies. This is partly due to the inevitable influx of refugees given the volatile regions in which they are situated;

3. There are strict immigration policies of neighboring northern states (U.S., Canada, and Europe). Both countries are faced with neighbors that are rather unwelcoming and do not have an open door policy. In fact, the U.S. and Europe have outsourced the refugee problem to Mexico and Turkey by offering to pay them off. As a result, asylum seekers are held up in bordering cities and, in some cases, children find themselves as orphans.

Erecting more barriers may seem like short-term solutions for the U.S. and European countries, but these policies will not alleviate the humanitarian crisis. If anything, they create mass prisons out of these war zones.

As countries that have shifted from transit countries to home countries, Turkey and Mexico are facing a multitude of financial and social burdens. Hosting more than 3 million Syrian refugees, Turkey has provided the largest volume of humanitarian aid with $6 billion in 2016, which largely goes towards Syrian refugees (GHA Report, 2017). Moreover, approximately 400,000 Central American refugees are crossing the border into Mexico each year. Both countries are struggling with the integration of refugees into their respective societies. There are limited resources for a growing number of refugees and an ever-increasing domestic demand for employment. Most importantly, children, especially those who are unaccompanied, pose the biggest challenge of becoming a lost generation.

Turkey and Mexico, both at geographic crossroads, have implemented policies to alleviate the refugee and migration crisis. Although the dynamics behind the refugee crisis pose significant challenges to Turkey and Mexico, there is potential for partnership and cooperation. U.S. immigration policies under the Obama and Trump administrations and rising xenophobia in Europe elicit the need to draw parallels between crises taking place in different parts of the world. Both Turkey and Mexico are facing increased pressure to enforce their borders. The U.S. has supported Mexico’s Southern Border Program and employed other migrant deterrent strategies to cut back the number of refugees from the Northern Triangle (Guatemala, Honduras, and El Salvador). Similarly, increased demands from the EU and pressing security concerns led Turkey to take additional measures. For instance, Turkey completed the first phase of a wall across its Syrian border. Erecting more barriers may seem like short-term solutions for the U.S. and European countries, but these policies will not alleviate the humanitarian crisis. If anything, they create mass prisons out of these war zones. The humanitarian crises will deepen without eliminating the root motivating cause for people to seek refuge in other countries.

In the face of such dire humanitarian conditions, middle income countries and regional powers such as Turkey and Mexico shoulder the weight. These countries run the risk of becoming buffer zones or rather, dumping zones. Recently, Europe began sending back refugees to Turkey, and the U.S. is mimicking the move by sending refugees back to Mexico without offering any satisfactory assistance. Under the MIKTA Initiative, Turkey and Mexico aim to develop further cooperation in tackling global issues including the refugee crisis. Yet there is no strategic planning at the moment. Turkey and Mexico should cooperate by facilitating the exchange of know-how to provide better refugee settlements and by finding a common understanding of the refugee crisis. For example, Turkey’s experience with hosting the first World Humanitarian Summit in 2016 and Mexico’s experience in hosting numerous humanitarian assistance workshops can join efforts in public-private partnership. Such collaborative efforts can then help create platforms to raise awareness and, more importantly, design strategies to integrate refugees more efficiently into these countries, which are likely to become their permanent homes. In doing so, Mexico and Turkey can propose a unique model of deploying humanitarian aid, capacity building, and refugee integration. Cooperation between these two former transit states can also lead to increased pressure in sharing the responsibility for human life before these former transit nations exhaust their capacity.

Author’s Disclaimer: This blog post is based on the author’s field work on Turkey’s development coordination in Mexico which is led by the efforts of Turkish Cooperation and Coordination Agency (TİKA) and its Mexican counterpart AMEXID.

Note from the CPD Blog Manager: A previous version of this article was published at the Rising Powers Quarterly website.

Over the years, public diplomacy has allowed many countries, nations, and organizations to tell their stories through many mediums and with innovative strategies. Recently, the United Nations used a digital storytelling...