Home|What If You Were a Refugee? 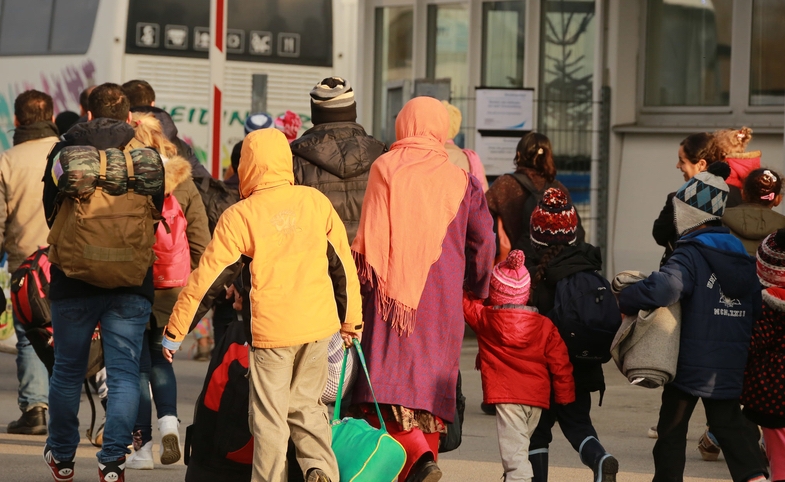 Over the years, public diplomacy has allowed many countries, nations, and organizations to tell their stories through many mediums and with innovative strategies. Recently, the United Nations used a digital storytelling campaign that reached over a billion people worldwide. More than half a billion Facebook and Twitter feeds were filled with real-life stories from survivors of humanitarian crises. This campaign, #ShareHumanity, became a way for anyone across the globe to use their social media accounts to promote humanitarian action and share stories that are more than often looked over. The #ShareHumanity campaign allowed social media users to inspire a sense of global citizenship through their personal accounts. Needless to say, the #ShareHumanity campaign inspired many organizations.

Since the onset of the conflict, more than 4.5 million people have fled Syria. Another 6.5 million people are internally displaced inside Syria; 1.2 million were forced out of their homes in 2015 alone. Even after six years of devastating destruction, the Syrian crisis rages on. The global attention surrounding the Syrian crisis has fluctuated over the years, but every day the Syrian people continue to endure immense suffering.

International Medical Corps, in an effort to keep the Syrian crisis at the forefront of our day-to-day lives, is using “The Things We Carry” campaign to feature stories of children, women, and men who have fled their war torn country and what they “carried with them” to safety.

“The Things We Carry” is a high-impact, multimedia, multi-channel campaign that uses digital storytelling, images, and videos to create an experience that introduces viewers to twelve Syrians who fled their home with only what they could carry. For these refugees, leaving home wasn’t a choice, it was a matter of life-and-death. Most of them have very little time to make decisions on what to bring before leaving all their memories behind, without knowing if they will ever come back. Rebecca Milner, Vice President of Institutional Advancement for International Medical Corps said that “the goal of this campaign is to help people imagine what it’s like to have to flee your home at a moment’s notice, to save your life or that of your family, and to be able to take only one thing with you. What would that one thing be?”

“While the suffering of Syrian refugees continues, international humanitarian response increasingly falls short of what is needed to address their growing needs,” said Shaheen Kassim-Lakha, Director of International Programs for the Hilton Foundation. “With millions of refugees rapidly turning into a lost generation, it is vital to develop innovative communications campaigns such as this to bring more attention to the crisis.” 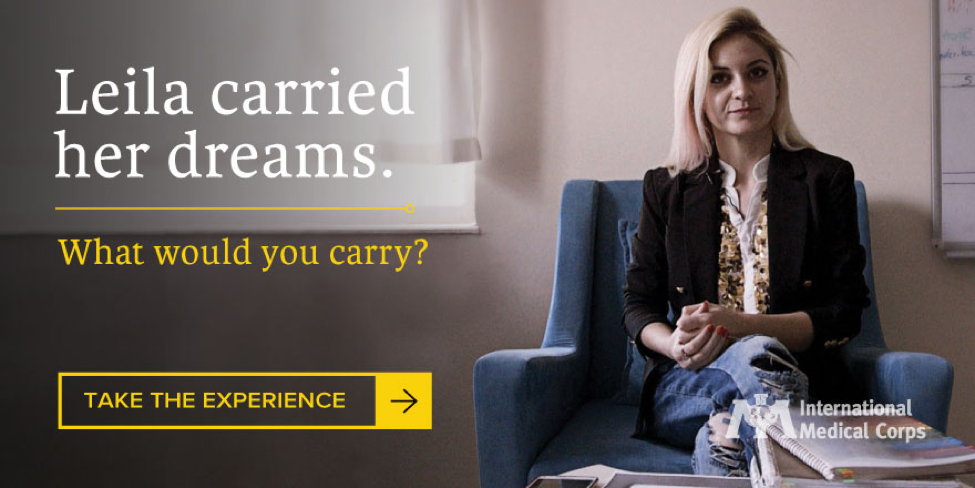 The campaign introduces us to refugees like 22 years old Leila. One day she was sitting at home with her family and a rocket exploded near-by. In just a few moments another one came. Leila and her family had no choice-they were forced to flee their home after the second bomb detonated. It is Leila’s dream to one day study fashion design. She carried her dreams with her to safety, her fashion books. 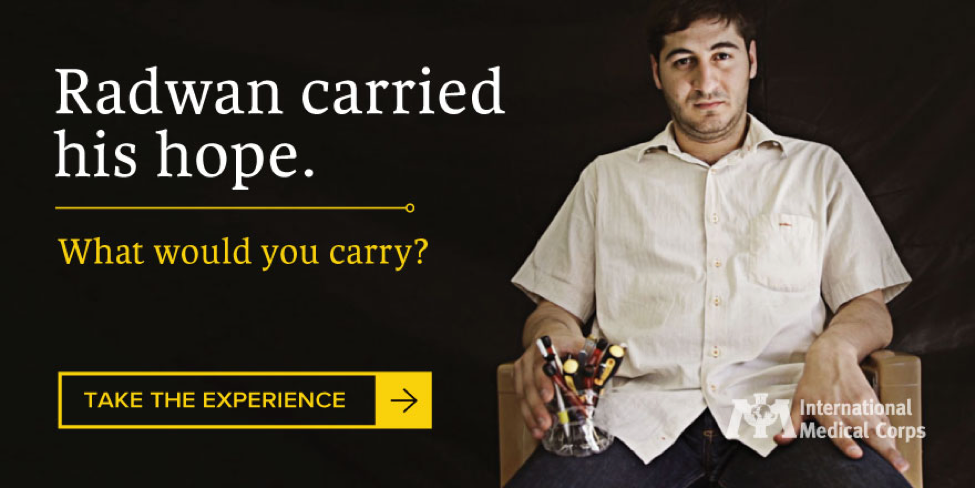 Twenty-four years old, Radwan carried his computer tools with him when he fled to Turkey. It was extremely difficult for him to cross into Turkey; he waited for two days at the border with hundreds of people. He now is the owner of a shop in Turkey and every time he uses his tools that he brought from Syria, he feels hope for the future, that life will keep going on. 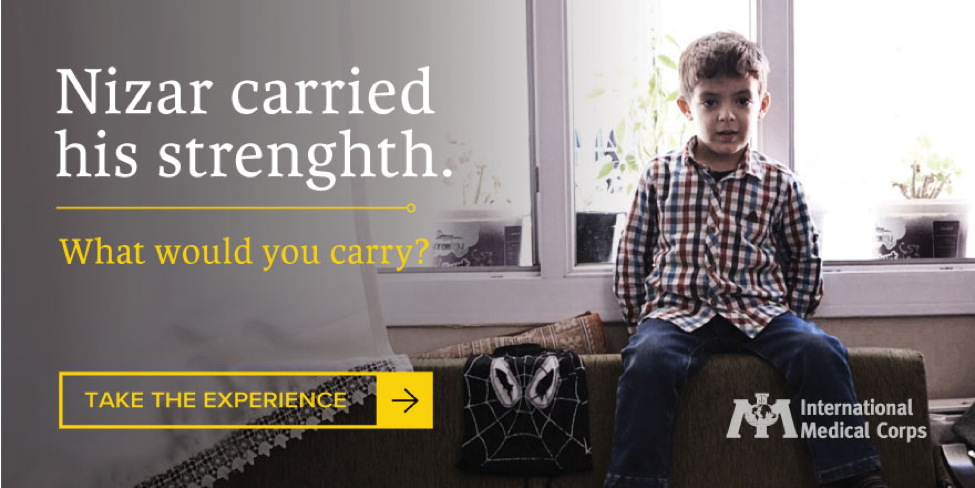 At just 5 years old, when forced to leave home, Nizar couldn’t take all of his toys with him, because “the jet was coming very fast.” As his mother was rushing to pack, Nizar saw his beloved Spiderman costume and he immediately put the costume in the bag. Nizar carried his strength with him to Turkey, while his hometown was getting destroyed.

In addition to the impactful stories, the campaign offers a quiz that has the ability to touch people on a deeper experiential level. In fact, people are not only engaging with the stories, but through the quiz they are put in the position of making difficult decisions that refugees face when they are forced to flee.

While International Medical Corps continues to run the campaign, it is already one of the organization’s most far-reaching communications campaigns to date with more than one million impressions across owned and paid social media, as well as a significant number of impressions across partner and influencer social channels. The private sector has also engaged with the campaign – in particular, HP, AbbVie, and the Tent Foundation. This engagement really is important to getting messages out widely.

With increasing humanitarian crises around the world, more than ever those crises need to be humanized to appeal to greater numbers of people. Data is important, but it is also important to reach people at an emotional level. Digital storytelling is gaining in importance in the field of public diplomacy and campaigns like “The Things We Carry” are a great reminder for the public that there is still a large number of people suffering across the globe and that everyone can play a role by simply sharing stories through social media platforms. By donating a small part of our social media feeds, we can promote humanitarian action and enable the voiceless by sharing their stories of hope, courage, and resilience.

Photos (from top to bottom): Photo via JouWatch I CC BY 2.0, Other photos courtesy of the International Medical Corps