Home|Digital Diplomacy and the Power of Citizen Networks & Advocacy Organizations 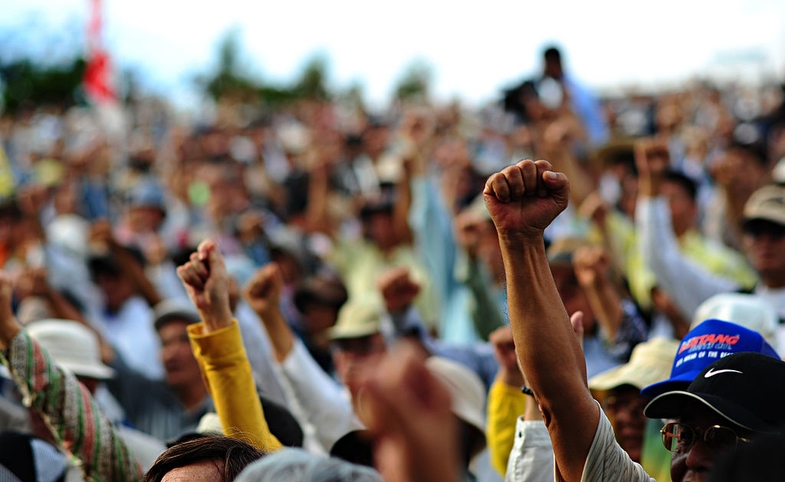 To attract new funders or to persuade governments of the merits of policy change, there will of course always be a role for private conversations. But while a decade ago our best chance of winning the argument for refugees was through direct relationships with our target audiences—and a strong, evidence-based case for why supporting refugees matters—we now have a third and powerful tool at our disposal: engaging and mobilizing mass support through digital communications.

The first and most obvious benefit of digital communications is the potential to reach more people, quicker and more directly, than before. When Donald Trump issued his Executive Order to suspend the highly successful and established U.S. refugee resettlement program, we got our point of view across to hundreds of thousands of people, throwing out a challenge to the new administration in a matter of hours. The competition for our audiences’ attention is stiff, but with the right timing, and smart use of different digital channels, be it Twitter, Facebook, direct email or Snapchat, getting our arguments heard widely has become the norm.

Second, digital communications give us the potential not just to reach but to mobilize people, whether it is to donate, volunteer, sign petitions or take other actions. With President Trump’s attempt to suspend the U.S. refugee resettlement program, digital platforms enabled a coalition of refugee and human rights organizations to mobilize hundreds of thousands of people to turn out in protest of the policy. It is not always easy to get people to move beyond passively supporting a cause and act on that cause. But when it works, it enables us to challenge, visibly and powerfully, the decisions made by other actors in the international system, with some success.

While sometimes the only option for NGOs is to challenge other actors in a direct and adversarial way, our preference at International Rescue Committee (IRC) is to engage them positively and constructively. And this is the third benefit of digital communications: it gives us the ability to demonstrate that more and better support for refugees is not just right but popular with the public, and in doing so to make a more persuasive case. When little Alan Kurdi was found dead on the shores of Greece, more than 450,000 people signed an online petition asking David Cameron to welcome more refugees to the UK, triggering a debate in Parliament and contributing to the then Prime Minister’s announcement to open a specific resettlement scheme for Syrian refugees.

As this example shows, digital media strengthens our ability to effect change by allowing us to reach more people, to mobilize them, to demonstrate popular support for a given cause and to ultimately bring about political action or policy change. But three challenges mean its full potential remains untapped.

While our supporter numbers are greater than ever before, it is still too easy for governments and politicians in particular to dismiss our supporters as a special interest group.

First, the use of digital platforms necessitates a change in our approach to communications. To reach and engage audiences with short attention spans and multiple distractions, we need to frame our arguments differently and make them more accessible. Take for example the current debate over continued public spending on foreign aid, in the face of attacks by the hard right across Europe and in the U.S.

NGOs, accustomed to talking to those whom pollsters term the “cosmopolitan elite”, present the facts and the evidence of the impact of aid, and hope this appeals to our audiences’ rational side. The aid critics play to people’s emotional sense of patriotism, and their fears, real and imaginary, of the threat to their home posed by supposedly frivolous spending abroad. Last year, almost 250,000 people were sufficiently persuaded by these arguments to sign the Daily Mail’s online petition to stop spending 0.7% of the UK’s GNI on aid. NGOs are still playing catchup, struggling to frame the case for foreign aid in a way that speaks clearly and convincingly to the general public.

The second challenge is legitimacy. While our supporter numbers are greater than ever before, it is still too easy for governments and politicians in particular to dismiss our supporters as a special interest group. Unless we can prove that we act with the support of the wider public, we risk seeming irrelevant to actors who depend on the public for their own power and legitimacy.

Particularly effective in countering this challenge—but a challenge in its own right—is building coalitions with other organizations to grow the supporter numbers and therefore the legitimacy of our cause. Much of the IRC’s work to bring attention to the war in Syria and to encourage engagement from other international actors is done in coalition with other NGOs. Perhaps even more powerful are our corporate partnerships, such as our current campaign on EU refugee resettlement with Ben & Jerry’s. The support of their mass consumer base (a wider group than the usual collection of NGO supporters) demonstrated—through online petition signatures—the campaign’s enhanced legitimacy.

Third and finally, is a practical challenge to our ability to engage and influence debates through digital communications. The IRC is rightly proud that 92% of funding goes directly into our program. But competing for attention and credibility in digital media doesn’t come cheap, whether it is building a better user experience on our digital platforms, promoting our content on external platforms or building internal capacity to monitor, post and engage. IRC digital partners such as Facebook and YouTube provide invaluable support. But identifying sustainable funding models for digital communications remains difficult for many NGOs and will only improve with more evidence of impact.

NGOs working to address major global challenges are at a tipping point. We know that debates between actors in the international system—about values, priorities and policies—play out online. We know that digital media gives NGOs and the people they serve more influence in this system. Yet, we are still grappling with how to build the capacity, the credibility and the narratives to fully capitalize on this opportunity. Figuring out how to fund this important work is also a challenge. But, without question, we are making progress.

Note from the CPD Blog Manager: This piece, written by Laura Kyrke Smith, originally appeared in the 2017 Soft Power 30 report.