Home|Digital Diplomacy In 2016: The Need For Strategy 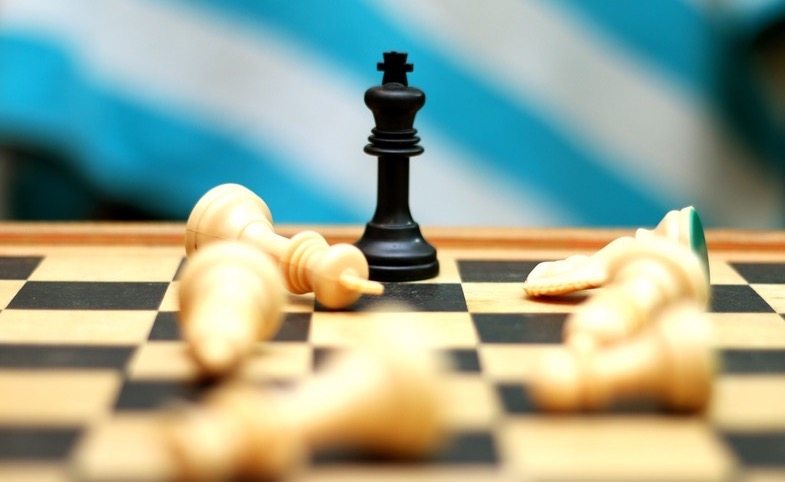 The discussion of digital diplomacy has focused excessively on social media. Social media gurus may welcome this. Diplomatic analysts should be more cautious. Social media are not necessarily easy tools for diplomats. They are certainly not as resource-lite as some governments seem to believe. Social media campaigns are difficult to control, and can backfire spectacularly. Excessive focus on social media undermines innovation in other digital platforms and tools that may prove more relevant to diplomacy. Like public diplomacy, digital diplomacy should be seen as no more than a set of tools that can form part of a broader diplomatic strategy to achieve a government’s (or non-state actor’s) foreign policy objectives.

Too often governments seize on social media as a cheap, resource-lite, way of influencing public opinion. Because social media exist, ministers and diplomats must be present on them. But effective social media campaigns are resource intensive. Social media are not about getting messages across but participating in conversations. This means responding to comments, questions or messages. Failure to do so is interpreted as disinterest or, even worse, disdain. Effective engagement needs the resources to do so. Someone needs to be monitoring the social media being used. It also requires the flexibility of real-time responses. This poses particular problems for hierarchically structured diplomatic services and foreign ministries. The new ICT has been used by most foreign ministries to micromanage their diplomats abroad, ensuring that they stay always on the government approved message. This does not allow them to respond with the speed and flexibility effective social media campaigns require, especially in foreign languages and foreign cultures.

Social media campaigns are difficult to control and the outcomes difficult to guarantee. Whether a campaign goes viral depends on chains of contingencies that ensure this is more a matter of luck than good management. Analysts need to give more thought to the cemetery of failed social media campaigns. Even if the campaign does go viral the outcome may not be that hope for, or even counter-productive. On the night of 14/15 April 2014 276 female students were kidnapped from the government secondary school in Chibok in Nigeria by the terrorist group Boko Haram. A Twitter campaign #bringbackourgirls quickly went viral, with Michelle Obama re-tweeting from within the Oval Office. But nearly 3 years later only 21 of the girls have returned, and none because of that campaign. #bringbackourgirls may have done nothing to help the kidnapped female students, but it certainly helped Boko Haram, promoting it from a little known regional terrorist group to international terrorism’s Premier league. So delighted was Boko Haram that several times it has issued videos purportedly of the kidnapped girls when it feared its profile was slipping.

Government driven social media campaigns too can go awry. Even if they meet their own narrow objectives, they may not advance the broader agenda, or promote national interests. A unit working within the mass communications strategy of the British Foreign Office sought to combat Russian propaganda by providing accurate information about Russian air strike targeting in Syria, challenging claims by the Russian government that they were only targeting Islamic extremist groups. The unit used Twitter to provide information in real time. It became a valued resource for journalists questioning Russia’s claims, and irritated the Russians to the extent that they formally complain to the British government. In its own terms, the campaign was a success. But it did not change Russia’s targeting strategy. To the extent to which it further inflamed relations between London Moscow, it reduced Britain’s ability to influence Russian thinking or behaviour in the future. It did not form part of a broader diplomatic strategy to advance British interests or policy objectives.

The next challenge will be for diplomats to work together with software designers to produce new digital tools tailor-made for 21st-century diplomacy.

This is not to say that social media do not have their uses for diplomats, but their limitations must be understood and their use integrated within broader diplomatic strategies. Indeed, their most valuable use for diplomats may not lie so much in communicating messages as in information gathering, big data analysis and networking. In these areas social media do offer resource efficient options for budget strapped foreign ministries. But the obsession with social media presence can distract from these other possibly more valuable uses. It is interesting, for example, how WhatsApp is becoming the preferred digital tool for diplomats in multilateral negotiations.

The obsession with presence in social media has also got in the way of developing other digital platforms and tools. Crowd-sourced online geopolitical analysis offers ways of multiplying the analytical capabilities of foreign ministries. Online networks allow foreign ministries to maintain reserves of experts in different geographical or thematic areas that it can draw on as the international situation changes. Online scenario building or simulation exercises may offer new approaches to conflict resolution and conflict avoidance. Gamification, the use of computer games for educational and other purposes, offers more innovative approaches to training and influencing foreign public opinions. Such tools will become more powerful, and seem more natural, as the digital generation rises to positions of power. Above all, diplomats have so far relied on off-the-shelf tools, created for other purposes, which diplomats have sought to adapt to their needs. The next challenge will be for diplomats to work together with software designers to produce new digital tools tailor-made for 21st-century diplomacy.

Russia may offer some clues on effective digital diplomacy. Much has been written about Russia’s hybrid warfare strategies, and its use of cyber warfare to influence the U.S. presidential elections. Less attention is given to how Russia effectively combines digital with other tools in pursuing what might be called a broader “hybrid diplomacy” strategy. Russia sees digital tools as part of a broad range of tools in pursuing its policy objectives, varying the balance between them according to circumstances. Thus the darker arts of cyber attack are accompanied by extensive participation in online debates and newspaper comment sections, sponsoring seminars and conferences, supporting political parties and the activities of RT and Sputnik. Some of this is digital, much not, but it comes together in a broader strategy. Even in the case of the U.S. Presidential elections (assuming that Russia did hack the DNC emails), Russia gave the materials to Wikileaks (a surrogate which enjoys greater credibility with Western publics). This is not to commend Russian policy or strategy but suggest that we can learn from how Russia integrates digital tools into broader diplomatic strategies.

Note from the CPD Blog Manager: This piece originally appeared in The State of Digital Diplomacy 2016.

Photo by Gladson Xavier I CC 0

Digital Diplomacy as a Tool for Symbolic Violence

In a recent article, Sherzod Arapov from the University of World Economy and Diplomacy in Uzbekistan, focused on the use of symbolism in digital diplomacy to create "symbolic violence", defined as "a practice, manifested in...