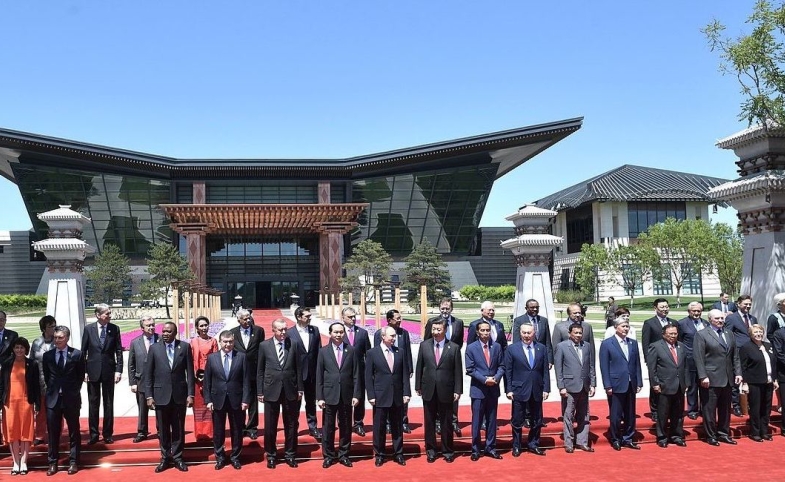 Both diplomacy and international relations are European constructs, products of the specific contingencies of European history. They dominate global governance not because they are universal concepts, but because of the domination firstly of European powers and then the U.S. As U.S. hegemony declines and a more genuinely multipolar world system emerges, will alternative approaches to diplomacy and global governance also emerge?

The concepts of diplomacy and international relations emerge from the series of hegemonic wars that dominated European history from the 16th century onwards. A series of would-be European hegemons, from Spain and France to Germany, attempted to establish their domination of the European continent. Each one was supported by other European powers balancing off against the would-be hegemon, supported by Britain in its role as an offshore balancer. The outcome was what was called the Westphalian system of a series of states of theoretically equal status. Diplomats and diplomacy in their European sense emerge as a means of managing the relations between these states. Much has been written recently suggesting that the decline in the power and relevance of states and their governments would undermine this Westphalian system. But these obituaries of the state may be premature. As long as security remains crucial, whether in the real world or cyberspace, governments and their officials will remain the most important, if not the only, players in international relations.

The interesting question is, as U.S. hegemony declines and the importance of Europe itself continues to reduce, whether the rest of the world will continue to operate an international and diplomatic system designed to deal with the contingencies of the European continent, or whether other more indigenous approaches to managing global government will emerge. An interesting case study will be China.

Is there any evidence of a more traditional Chinese approach to global governance emerging as U.S. hegemony declines and the world evolves into a genuinely multipolar system?

In what we now call China, one group, the Han, successfully achieved hegemony in the way that no European power was able to do. Thus, rather than consist of independent powers in a continual struggle for power and influence, China became a single empire with no immediate rivals. When unified and successful (China periodically fell into chaos before a new dynasty emerged), the Chinese Empire encountered no other state of even approximately similar wealth and power. There was no question of managing relations between states of equal status. Rather China constructed a tributary system radiating out from China itself. This would be better understood if China’s name 中国 was more correctly translated into English as, "the country in the center," rather than the Middle Kingdom. The terms of the tributary relationship were not among equals. Countries or peoples accepted their position in the Chinese system in exchange for the favors and benefits offered to them by the Chinese Emperor or the Chinese government. What the Chinese Emperor offered was always an expression of his greatness and generosity rather than obligation. This implies a very different mindset to the European one, both among the Chinese and among the subordinated members of their system. It explains the mutual incomprehension when George III sent Lord McCartney as a would-be ambassador to the court of the Qianlong Emperor.

As noted above, the Chinese imperial government only created a foreign ministry under pressure from the Europeans. Since 1949, Chinese diplomats have been progressively socialized into the Western system of diplomacy and international relations (with a brief pause during the Cultural Revolution), to the extent that many Western diplomats and commentators would regard them as essentially the same as any other diplomats. The question then becomes whether this acceptance of Western diplomatic norms and behavior is genuine, or only skin deep and to the extent necessary to operate in a Western dominated international system. If the latter, is there any evidence of a more traditional Chinese approach to global governance emerging as U.S. hegemony declines and the world evolves into a genuinely multipolar system? I would argue that there is some evidence of this in the worldview behind the One Belt One Route Strategy (OBOR – 一带一路).

The OBOR strategy offers infrastructure investment for those countries willing in effect to become parts of the Chinese system. The economic development projects foreseen along both the maritime and land roots are aimed essentially at increasing the economic influence of China and improving its economic performance. The infrastructure envisaged radiates out from China. Little, if any, is lateral between other countries. It seems that the Asian Infrastructure Development Bank (AIDB – 亚投行) will similarly offer investment in development projects in exchange for acceptance of Chinese economic and political leadership. There appears, at last, to be some realization of the political cost of China’s economic support. European leaders were divided over the recent OBOR summit, with wealthier Western countries represented only at a diplomatic level, whereas poorer Eastern countries sent government ministers or even heads of government. India declined to attend at all, accusing China of neo-imperialism. But in doing so, it may have missed the point. Rather than neo-imperialism, OBOR (and the AIDB) may reflect a return to an older tributary form of diplomacy. By abandoning Deng Xiaoping’s low-key freeloader approach, relying on the U.S. to provide global commons, Xi Jinping might be harking back both to the more assertive policies of Mao Zedong and the more traditional approaches of the Ming and Qing dynasties. In doing so, he may be replacing international relations with a more relational style of diplomacy in which the status of states is not by definition equal, but in terms of their relationship to, and distance from, the country in the center – 中国.

This is all very tentative and at an early stage of both analysis and development. However, there seems no inherent reason why non-European countries should continue to practice the style of international relations and diplomacy which grew out of Europe’s historical contingencies once European (including U.S.) global hegemony began to decline. If China feels able to develop, or return to, an approach built around the philosophical inheritance of Confucius and the practice of previous regimes and dynasties, there appears no reason why India and other Asian, or African, countries should not do the same. The reaction of those countries more embedded in European ways of thinking may depend on the political and economic benefits seen to accrue from participating in these new diplomacies. Indeed, thinking of new diplomacies in terms of new approaches to global governance and management of international affairs based on alternative culture and historical experiences may prove a more interesting area of study than the new hyphenated diplomacies I complained about in an earlier blog.

Yin and Yank: Perceptions of China & the U.S.

In the June 2017 issue of Comparative European Politics, Soo Yeon Kim, Sophie Meunier, and Zsolt Nyiri examined European public opinion of China and the United States. The authors noted that "[p]erceptions of the United...