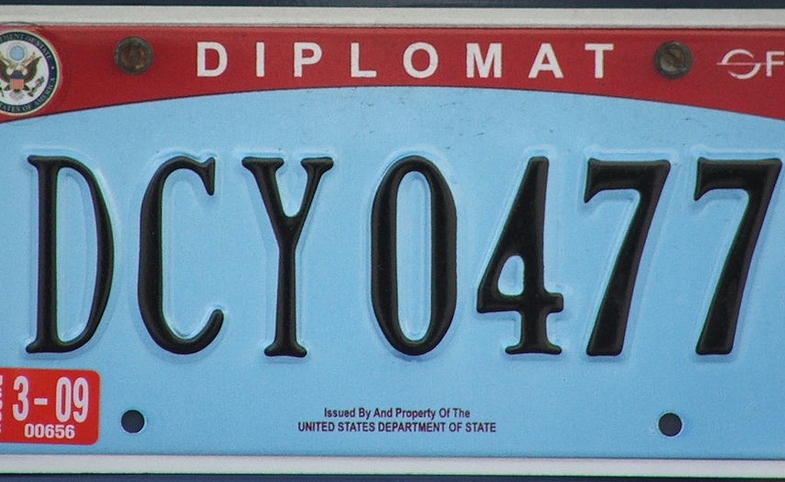 What is diplomacy or, more relevant, what is it like to be a diplomat? The question is important and lies at the heart of my discussion earlier in the summer with Katharina Hone about the plethora of new diplomacies. My objection to such new or hyphenated diplomacies is not just the lack of intellectual rigor that most display (the inability, for example, to distinguish between agency, process, and subject matter), but also the risk of emptying out the concept of diplomacy. If everything is diplomacy then nothing is. One solution, favored by more conservative colleagues, would be to argue that diplomacy is only done by government diplomats. But, given the irruption into international affairs of so many new state and non-state actors, this minimalist approach strikes me as unsustainable. Nevertheless, if we want to admit the possibility that some non-state actors may be diplomats or do something we want to call diplomacy, then we must have a clear idea of what diplomacy is, what it is like to behave in a diplomat-like way. The answer may have important implications for how we do international relations in the 21st century.

One approach is simply to list the activities undertaken by diplomats. Indeed Katharina tried this in her response to my rant against new diplomacies. It is not a pointless task, not least because it reminds us of the continuities as well as the changes in what diplomats do. But it does not solve the problem, as pretty much all the things that diplomats do are also done by other actors whom we would not want to call diplomats (and who would not thank us if we did). Thus journalists and geopolitical risk companies collect and analyze political intelligence about foreign countries. Travel insurance companies and travel agents assist distressed citizens abroad. Corporations and lawyers negotiate international contracts and agreements. Lobbyists and public affairs companies seek to influence the decisions of foreign governments. CSR consultants and marketing companies seek to influence public opinion. Indeed the only diplomatic function that seems to belong exclusively to diplomats is representing their country abroad, which again restricts the concept of diplomat to the government diplomats. Nor does it help to say that what distinguishes a diplomat is an accumulation of these functions. Very few diplomats perform all of them in a single posting, or even in any entire career.

The key question we need to answer is what is it about the activity of a non-state actor that would allow us to say they are behaving like a diplomat. To give a concrete example, I’ve recently been doing a lot of work on business diplomacy. I have argued that modern corporations have to analyze and manage geopolitical risk, engage with foreign governments and international organizations, and participate in multilevel regulatory networks. But even if they are doing all these things, are they doing them in a way that could be described as diplomatic? Or are they buying political reports from consultancies, employing lobbying companies to influence governments, appointing retired ambassadors to the boards of directors, using marketing companies to influence foreign public opinion, and contracting security companies to protect their staff abroad? If business diplomacy is to survive as a subset of diplomacy, it must be more than this. The same arguments apply, mutatis mutandi, to other would-be non-state actors (including different levels of subnational government – much so-called city diplomacy seems to be more about tourist promotion than diplomacy).

This raises an interesting question. If diplomacy must form part of a strategy to secure policy objectives, do all the activities of government diplomats qualify as “diplomatic”? While it is clear that political or public diplomacy (“engaging with foreign publics to generate a political and social environment favorable to specific policy proposals”) qualifies, does consular protection or issuing visas? It is interesting that, in the British system at least, visa operations are often semi-independent from the rest of the embassy and staffed by Home Office officials. Tensions arise between diplomatic officers trying to encourage foreigners to visit and engage with Britain and immigration officers who often seem to be trying to keep them out. Consular protection is more complicated. Issuing an emergency passport or visiting an arrested citizen may be difficult to link to any broader diplomatic strategy. But to the extent that the government has laid down a policy objective relating to the protection of its citizens abroad and a strategy has been developed (implicitly or explicitly) to meet it, much of consular work is indeed diplomatic. A good consul, for example, will network as much as a political officer to ensure that he has the contacts that will enable him to help his fellow citizens when in distress.

There is undoubtedly a camaraderie among diplomats from different countries, and a sense in which this distinguishes them from non-diplomats.

But being part of a strategy to secure policy objectives is not a sufficient criterion of diplomatic activity. Warfare (cyber all real) and geoeconomic tools are equally available to governments in pursuit of policy objectives. We need something else. Paul Sharp’s concept of the diplomatic community (from his wonderful book The Diplomatic Theory of International Relations) may help in identifying what it is like to be a diplomat. Sharp argues that diplomats from whatever country have much in common with each other which allows them to function as diplomats. Diplomacy as an activity is a way of being in the world (Heidegger) or a life-form (Lebenform – Wittgenstein). Diplomats become socialized in certain ways of behaving and thinking which they share with other diplomats, but not necessarily with other people including fellow nationals. This enables them to maintain the conversation with other diplomats including from hostile countries in a way that others, for example politicians, cannot. This way of being or life-form also shapes the policy recommendations they make and their approach to implementing strategies to secure policy objectives.

As a former diplomat, and with experience of dealing with theoretically hostile diplomats in the Cold War and the Balkans Wars, this approach makes intuitive sense. There is undoubtedly a camaraderie among diplomats from different countries, and a sense in which this distinguishes them from non-diplomats. Attitudes or ways of seeing the world shared within the diplomatic community include a tendency towards realism and a tendency to see the world in shades of gray rather than black and white. Diplomats tend to be satisficers, looking for outcomes that are good enough, rather than maximizers insisting on optimal solutions. Indeed diplomats generally think in terms of managing international relations rather than resolving international problems. They prioritize long-term engagement rather than short-term wins. Unlike many traditional companies, who are focused on year end financial results, diplomats know, or think they know, that they are in it for the long term. Empathy, the ability to see the situation with the eyes of the other, including an enemy, is seen as a key quality.

These qualities and attitudes of professional diplomats (their life-form or Lebensform) may be essential to maintaining the diplomatic conversations that have a moderating impact on international relations. This shared diplomatic life-form allows diplomats even from hostile countries to talk to each other in a way that politicians and soldiers cannot, and can thus contribute to reducing conflict and increasing international understanding (thus peace and international understanding come back into diplomacy not as an objective but as a byproduct of the nature of the diplomatic community). However, the nature of the diplomatic life-form also causes problems. Wittgenstein argued that understanding the language requires participation in the language game underlining it (grasping the rules of the language game, social and cultural as well as linguistic). As Wittgenstein famously said, if a lion could talk, I wouldn’t be able to understand it. This may explain why diplomats are so often accused of going native (the odd sensation as a diplomat that you are more trusted by other diplomats than by your own government). The politician confuses empathy with sympathy. The ambassador is seeking to explain the foreigner’s understanding of the situation to his government. The government thinks that he’s supporting the foreigner. To paraphrase Wittgenstein, if a diplomat could talk, a politician wouldn’t be able to understand her.

If diplomacy is a Lebensform or life-form or, more prosaically, a shared set of attitudes of ways of seeing and thinking about the world, it offers a way of deciding if different activities are diplomatic or if different actors are behaving like diplomats. I do not necessarily insist on the list of attitudes and characteristics above as being definitive (this is an area for investigation). But in principle any activity would be diplomatic if it meets two criteria: if it is part of a broader strategy to secure policy objectives (whether set by state or non-state actors) and if it is being done in a diplomatic like way. Likewise an actor would be a diplomat if she was pursuing policy objectives as part of a broader strategy and doing so in a diplomatic like way. Returning to my earlier example of business diplomacy, it would not be sufficient that the company was gathering and analyzing political information when negotiating with a foreign government. To be business diplomacy, the company would need to be doing so as part of a strategy to secure its objectives and in a diplomatic like way. Otherwise it is public affairs, lobbying, or some other business school inspired activity.

Thinking of diplomacy as a life-form raises another issue that may prove crucial in the 21st century. If there is a diplomatic way of being which, through seeing the world in shades of gray and satisficing, moderates and reduces international conflict and tension, what happens if an increasing number of new actors (state or non-state) who do not share this life-form engage with international affairs? As already discussed, many companies focus on short-term wins rather than long-term engagement. Many NGOs definitely do see the world in black and white. They insist on optimal solutions rather than managing acceptable outcomes (one of my Accidental Diplomatist blogs recounts a slightly fictionalized example). As more of these new actors engage in international debates, will they become socialized into the diplomatic life-form (as were the diplomats of revolutionary regimes like the Soviet Union and China)? Or will they retain their black and white views and their increased engagement in international affairs lead to greater volatility and more conflict? This may prove the major diplomatic challenge of the 21st century.