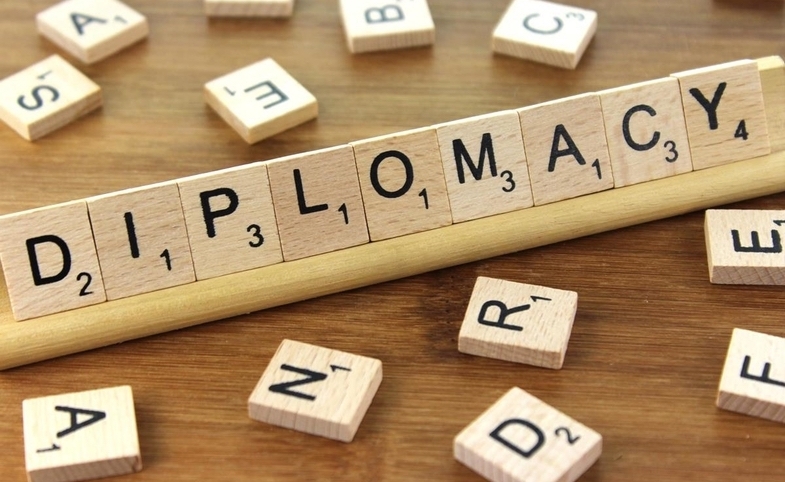 We must end the obsession with creating new “types” of diplomacy. It was probably a mistake “inventing” public diplomacy and digital diplomacy. It undoubtedly led both scholars and practitioners into unhelpful, and potentially harmful, cul-de-sacs like nation-branding or the obsession with social media presence. But now a plethora of new kinds of diplomacy are being offered up, ranging from education diplomacy, via sports and science diplomacy, to gastronomic diplomacy. No doubt such concepts are useful for securing academic funding and publication in academic journals. But they are frequently conceptually confused, risk these new kinds of diplomacy being seen as an end in themselves, rather than as part of broader diplomatic strategies, and, more seriously, risk emptying the concept “Diplomacy” of any meaning.

The conceptual confusion arises from the failure to distinguish between tools that can be used as part of a broader diplomatic strategy and the subject matter of diplomacy. Thus education diplomacy confuses educational networks as tools that can be used in the pursuit of broader diplomatic strategies with the application of diplomacy to resolve or manage issues arising in international education (e.g. the impact of Brexit on European educational exchange programs). Likewise, science diplomacy confuses the use of networks of scientists to advance broader diplomatic agendas (e.g. during the Cold War) with applying diplomacy to international scientific issues (e.g. Climate Change). I have previously pointed out the same confusion in digital diplomacy, suggesting the term “digital diplomacy” be confined to the use of digital tools in support of broader diplomatic strategies, while the term “cyberdiplomacy” be used to describe the application of diplomacy to problems arising in cyberspace. Failure to make this distinction between tools and subject matter does not create new kinds of diplomacy. It merely causes confusion.

If everything is diplomacy, then diplomacy no longer means anything useful, and we can give up using the term.

Equally, these new “kinds” of diplomacy frequently lack any context. Diplomacy does not exist in a vacuum. Nor is diplomacy an end in itself, divorced from all other activities. Diplomacy is a way of achieving broader objectives, set from outside diplomacy. Diplomacy does not itself have content. It is not the pursuit of peace and international understanding. It can be, if that is what their political masters instruct the diplomats to pursue. But equally diplomacy can be used to provoke war, or secure better conditions for fighting one (think Bismarck in 1869 or Blair in 2003). In governmental diplomacy, which remains the most common kind, diplomacy, together with Warfare and geoeconomics, comprises one of the ways in which governments can pursue their policy objectives. Public diplomacy is a subset of diplomacy, which seeks to help pursue those policy objectives through influencing foreign (and domestic) public opinion. By and large the new “kinds” of diplomacy are no more than subsets of public diplomacy, offering thematic areas and tools to help influencing foreign public opinions. Like diplomacy itself, they can be coercive. For example, sporting boycotts can be used to pressure just as sporting links can be used to attract. But it only makes sense to talk about sporting (or educational, or scientific, or gastronomic) activities if they form part of a broader diplomatic strategy in pursuit of policy objectives. Otherwise it is just sport, education, science or lunch.

There is understandable enthusiasm for extending the concept of “diplomacy” beyond government diplomats, reflecting the plethora of new state and non-state actors participating in international relations. But the lack of intellectual rigor with which this is often done risks emptying “diplomacy” of all meaning. When courses on diplomacy seriously discuss diplomacy in the family context, then diplomacy ends up meaning little more than getting what you want through negotiation or manipulation, rather than just thumping someone. If everything is diplomacy, then diplomacy no longer means anything useful, and we can give up using the term (and presumably close down the diplomatic studies courses).

Similarly, it is not clear if all those new state and non-state actors participating in international affairs do so as diplomats. They may be doing similar things to diplomats, or participating in the same activities, but are they doing so in the same way as diplomats, or with the same world-view? Is there a diplomatic way of doing things, or thinking about the world, which allows us to distinguish between diplomats and non-diplomats doing diplomat-like things? The question is crucial. If, as some have suggested, it is the pragmatic and almost amoral world view of the diplomat (seeing the world in shades of grey) that allows them to mitigate international conflict, what happens when international actors with less morally flexible world views (e.g. NGOs, seeing the world in black and white) multiply? These are questions for another blog, but which show up the lack of intellectual rigor behind the invention of new “kinds” of diplomacy. Meanwhile, let’s be done with these “new diplomacies”.

Teaching Public Diplomacy: Inside the Classroom

One and a half years ago, even though I was very satisfied with my work at the Polish Ministry of Foreign Affairs, I craved for something new to happen and to expand my portfolio a little bit. This is why as soon as I was...