Home|Teaching Public Diplomacy: Inside the Classroom 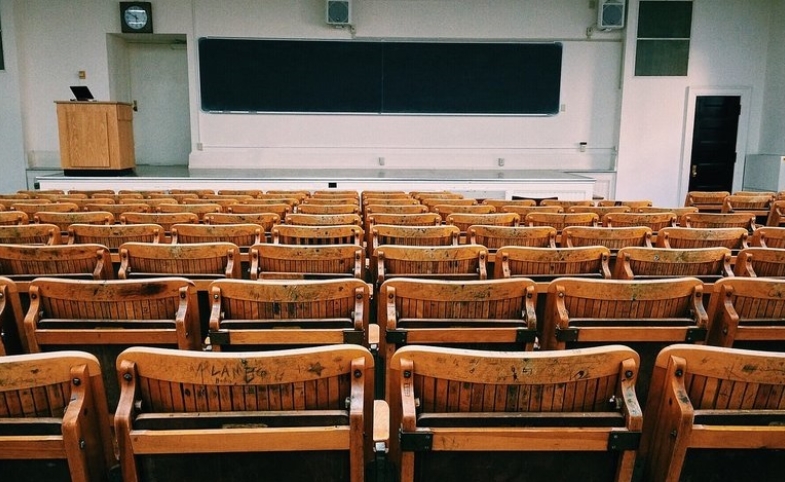 Teaching Public Diplomacy: Inside the Classroom

One and a half years ago, even though I was very satisfied with my work at the Polish Ministry of Foreign Affairs, I craved for something new to happen and to expand my portfolio a little bit. This is why as soon as I was offered to conduct a public diplomacy course at Vistula University in Warsaw for a class of international students, I said “yes.” When I started teaching, I did not realize how huge of an adventure had just begun.

For instance, my students’ skills in English differed. Some two-thirds of them came from the former USSR. We normally discussed things in the language of William Shakespeare, but when deliberations turned very hot—such as the debate over propaganda and fake news—some of my students switched to Russian so that it was easier for them to argue. Luckily, I know the language. Also, when they became stressed during the final oral exam, I let them start answering questions in the language of Leo Tolstoy so that they could relax and later continue in English.

Even though I had years of experience working in an international community and once was a foreign student myself, now, handling a unique class of 46 young people, I felt challenged.

But teaching the course, “Public Diplomacy,” appeared to be the best answer to this test.

If we want to win hearts and minds of societies, it is our responsibility to help people learn from trusted sources, to care for their engagement, to discuss the changing world with them.

Usually public diplomacy classes are focused on the diplomatic toolbox of the 21st century. As I was given much freedom in designing my course, I decided to treat every topic as a point of departure to explain and deliberate on much broader issues so that our multicultural class could draw the big picture together.

The cultural and language diversity among my students made the class session concerning cultural diplomacy truly interesting. We tackled not only examples of fantastic exhibitions and festivals (in 2017 the majority of my students wrote essays about the Ukrainian representative winning the 2016 Eurovision Song Contest with a song about the tragedy of Crimea Tatars). We discussed Francis Fukuyama, Samuel P. Huntington, Benjamin Barber and even Aldous Huxley. We deliberated on the delicacy of operating in different cultures from the American pop-culture to the Muslim one and the cultural transformations that take place all over the world. This year we spoke also of Ian Bremmer’s book, “Us vs. Them,” which made all of us question if we really wanted to close ourselves up in cultural, political and economic bubbles.

Then we tackled economic diplomacy that led us toward such grand issues as economic inequalities, the shift of the global economy’s center of mass, the role of transnational corporations, mass migrations and the technological revolution. Again, my students’ diverse life experiences provided for heated debates. All of them were/are migrants. Many of them experienced deepening economic inequalities. Now, they’re starting to notice the automatization, robotics and AI playing a growing role in labor markets. When we watched Boston Dynamics’ videos showing robots escaping a laboratory or running up the hills, the class felt both excited and a little bit anxious. This is why we had a separate class on knowledge diplomacy, where we discussed the global game over talents as well as the processes of building economies based on knowledge, innovation and creativity. The books of Yuval Noah Harari were very inspirational here.

Our class on digital diplomacy made us go even further. There is no other trend that changes diplomacy—and enhances public diplomacy—more than the internet and technological revolution. A few years ago, it was really hard to encourage politicians and diplomats to establish their social media presence. Now, they all tweet, run fan pages, and more and more often record Instagram Stories. They see that diplomacy behind closed doors (Vienna Congress style) is rather the exception than the rule, now. Instead of diplomacy à la Ferrero Rocher with all these white gloves and champagne, contemporary diplomats learn how to record podcasts and who the most followed YouTubers are. If a diplomat wants to win hearts and minds—and this is exactly what public diplomacy is about—they need to go online. They need to engage audiences and create networks. They should think of how to scale up their efforts and reach societies far outside the capital and the elites. Contemporary diplomats need to acknowledge the fact that individuals matter as much as decision-makers. Needless to say, the books of Ambassador Tom Fletcher and USC professor Philip Seib were perfect for explaining the new #diplomacy.

Being online poses serious challenges and threats. This is why we discussed the WikiLeaks and private email box scandals and then transferred smoothly to the topic of propaganda, disinformation and fake news as a flip side of the public diplomacy coin. Frankly speaking, during these seminars I learned from my students coming from the former USSR more than they learned from me. Did Norway legalize incest? Did migrants rape a Russian girl in Germany? Did Ukrainian nationalists crucify a toddler? Did NATO soldiers rape women in Latvia? No, but all of this sensational news made headlines in Russian-language traditional and/or digital media. These issues sparked our debate on chaos as a key tool in foreign policy for some actors, on why our brains often believe fake news and do not debunk disinformation, as well as on the responsibility for our data being exposed on social media. Whatever gets to the internet, stays in the internet (the “delete” button does not work very well there).

During the course, my students realized that the worlds of diplomacy and global transformations meet first and foremost in one big trend—individual empowerment. Peoples, societies and individuals are at the center of every major trend: climate change, demography, economical shifts, technological progress (for now, because robots…). They also matter more and more when international relations are concerned. The times when foreign policy and diplomacy were separated from domestic issues are long gone. Citizens want and do take part in the decision-making processes, not only in Western democracies. They may cause huge shifts. Individuals such as Malala Yousafzai, who made the world do more in the field of children’s education, is an example.

This is where public diplomacy steps in. If we want to win hearts and minds of societies, it is our responsibility to help people learn from trusted sources, to care for their engagement, to discuss the changing world with them. Only then will we understand the conditions we operate in and make our interests understood.

Teaching public diplomacy is a wonderful journey through global trends and a rich, constantly evolving, diplomatic toolbox. Hence, my fellow diplomats, if you ever have a chance, just go for teaching this subject. Satisfaction guaranteed.

Back in November 2014, Michael Weiss and Peter Pomerantsev published an insightful report called “The Menace of Unreality: How the Kremlin Weaponizes Information, Culture and Money.” The main argument was that ‘truth’ no...